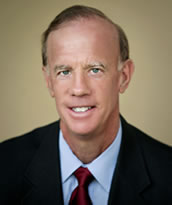 The belated but formal acknowledgement of medical errors and their impact has been well documented.1 Curiously, the topic of management or executive mistakes in healthcare is not raised in professional meetings nor, until recently, addressed by an article in health administration journals.2

This lamentable vacuum has a variety of unfortunate consequences, not the least of which being the failure to discuss and describe management mistakes increases the likelihood that others will repeat them. The absence of a failure analysis and an objective determination of what could have been done differently may also result in the same person making the mistake again. These errors can have clinical as well as non-clinical ramifications and, in either case, patients, staff, organizations and even entire communities can be adversely affected. Examples of such errors abound. These include flawed decisions to:


Problems can and do surface in relationships between management and the governing board, the medical staff and employees. Moreover, mistakes cannot always be avoided in making crucial decisions about strategic options, allocating resources and instituting cost containment initiatives.

In some cases, ignorance of mistakes made at lower administrative levels may be the result of a punitive culture or a culture that does not encourage disclosure. When consulting for the U. S. State Department, Warren Bennis learned that junior Foreign Service officers often withheld negative information because they felt their superiors would not like it, and the same reticence was evident at higher departmental levels.3

In addition to ignorance, a hesitancy to accept accountability or perhaps embarrassment may suggest why executives fail to reflect on their mistakes. But are there other reasons that they are reluctant to acknowledge and analyze their errors?

Introspection requires some degree of humility and an admission of fallibility. Just as the practice of medicine demands a high degree of self-confidence and ego strength, so does healthcare administration. And, while disclosure of diagnostic and therapeutic errors has gradually been encouraged, executives may be taking convenient refuge behind an unspoken assertion that the practice of management is still more of an art than a science. Hopefully, as evidence-based management becomes a more rigorous pursuit, this rationalization will become less defensible.4

Defining, identifying, understanding, disclosing and preventing management mistakes should be higher priorities for healthcare executives. Many physicians resisted initial attempts by administration to reduce clinical costs because they saw little proof that management was vigilant about controlling its expenses. Competent executives knew they had little credibility or justification for promoting cost containment programs unless conspicuous steps were taken first to cut the administrative budget. Now that the number and magnitude of medical errors have been acknowledged, and efforts instituted to prevent them, it is hypocritical for executives not to subject management mistakes to the same intensive examination and treatment.

Admittedly, addressing management mistakes is not simple or easy. Even determining if a mistake has occurred can be problematic, particularly if decision-making processes and performance standards are ambiguous. And having to choose between two unappealing options or two attractive alternatives, each with competing values, can be very difficult.

A variety of other excuses can also be used to justify inaction: institutional inertia, inadequate resources, uncertain return on investment, and organizational complexity. Furthermore, since there is no well-established prescription or formula for effectively addressing management mistakes, success cannot be assured. However, as long as executives inadvertently perpetuate a myth of infallibility, they and their constituencies will be compromised. Instead of learning from mistakes and finding value in them, they will have missed countless opportunities to improve the healthcare environment by working as diligently to reduce management mistakes as they and their clinical colleagues have labored to minimize medical errors.

Malpractice Survey: A Survey Of 242 Dental Negligence Cases With Breakdown As To The Sex Of The Defendant Dentist

In the past 12 years, I have been requested to review 242 medical legal cases to evaluate them for dental negligence. Of the cases reviewed, the majority of them had unfortunate results to which the patients attributed to malpractice. The purpose of this article is not to assess the merit of these litigations, but to educate the dental practitioner as to the types of treatment which may result in a greater incidence of legal claims, so that they will be better prepared to avoid them

Conscience, Ethics, And The Law In Munchausen Syndrome, Malingering, And Other Forms Of Medical Deception

Challenging legal and ethical questions swirl around factitious disorder, Munchausen syndrome, and/or malingering, muddying the already darkened waters through which health care professionals must tread. As cases in this book have illustrated, bold moves that in some instances were ethically and legally questionable have been taken by medical personnel 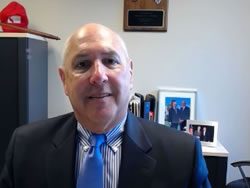