OnabotulinumtoxinA in the Treatment of Occipital Neuralgia Following Gunshot Injury

Occipital neuralgia, while typically idiopathic in presentation, is a common form of posttraumatic headache. It is associated with severe pain in the greater, lesser, and/or third occipital nerves, and often accompanied by tenderness or trigger points in the surrounding musculature. OnabotulinumtoxinA (ONA) has been recently utilized in nerve blocks to treat occipital neuralgia, but current literature supporting such use is scarce. We describe a case of occipital neuralgia in a patient following C1 fracture and vertebral artery dissection due to gunshot injury. Successful treatment with bilateral ONA nerve blocks led to an 80% - 90% improvement in pain, with decreased Visual Analog Scale (VAS) pain scores immediately following treatment and upon follow-up 1 month later.

Occipital neuralgia is defined by the International Committee for Headache Disorders (ICHD-III) as unilateral or bilateral pain in the distribution of the greater, lesser, and/ or third occipital nerves. Diagnostic criteria include the presence of severe or paroxysmal pain, described as shooting, stabbing, and/or sharp in quality. Pain is tyotox, has been approved to treat a varpically associated with tenderness and trigger points over the affected nerve branches [1] . Occipital neuralgia is usually idiopathic, but is also considered a common form of posttraumatic headache [2] ; it has also been associated with the elderly population [3] , postoperative complications [4] , vascular compression [5] , and infectious diseases [6] . Nerve blocks with local anesthetic are commonly used in diagnosis and treatment, but procedures with the potential for more pronounced long-term relief have been explored recently, including nerve stimulation [7] , pulsed radiofrequency [8] , cryoablation [9] , and onabotulinumtoxinA.

OnabotulinumtoxinA (ONA), brand name Biety of neuropathic pain syndromes, including chronic migraine [10] . Its effect on pain reduction is understood to be primarily peripheral, via the decreased release of neurotransmitters [11] , though recent evidence supports an additional central mechanism [12] . There is a dearth of current literature that explores the treatment of occipital neuralgia with ONA. A recent literature review discovered insufficient evidence for such treatment, due to the existence of only three case reports, one retrospective study, and one prospective study [13] . Of these case reports, two described successful ONA nerve blocks of the right greater occipital nerve [14] [15] . A third report detailed ONA treatment of right lesser occipital neuralgia, with limited relief [16] .

A 50-year-old Caucasian female presented for initial evaluation with a 14-month history of pain in the right occiput radiating to the top of the right scalp. Pain was described as constant and throbbing, and rated as a 5 using the Visual Analog Scale (VAS) for pain. Secondary complaints included several tender points over the patient's right scapula, right arm weakness, and intermittent numbness and tingling in all digits bilaterally. The patient sustained a gunshot wound through the mouth 14 months earlier, fracturing the 1st cervical vertebra (C1) and leading to right vertebral artery dissection and aneurysm following stent placement. Cervical spine flexion and extension x-rays taken 3 months after the injury revealed evidence of comminuted C1 fracture and mild anterolisthesis of C2 on C3 upon flexion. Previous unsuccessful treatments included physical therapy, acupuncture, application of heat, and lidocaine injections in the right shoulder and neck. Pain medications prescribed prior to evaluation included aspirin 81 mg, gabapentin 300 + 600 mg, and oxycodone HCl 5 mg.

Diagnostic nerve blocks with local anesthetic were performed 3 weeks later. A total of 3 ml of 0.25 bupivacaine and 3 ml of 1% lidocaine plus 40 mg triamcinolone was injected into the right greater and lesser occipital nerves and the right auriculotemporal nerve. The patient reported a VAS score of 7 prior to injection, which decreased to 2 immediately following treatment. Upon follow-up 1 month later, she reported a VAS score of 5, reporting a 25% overall improvement in pain and functionality. Slightly greater than 50% relief was experienced for several weeks; the patient stated this to be the first period of pain relief since her injury. A diagnosis of occipital neuralgia was made based on ICHD-III criteria, including severe paroxysmal pain in the distribution of the greater and lesser occipital nerves, tenderness over the affected nerves, and temporary pain relief by local anesthetic block [1] .

Right occipital and auriculotemporal nerve blocks were repeated after another 3 weeks, leading to a VAS score decrease from 7 to 0 following treatment. The patient reported 100% relief for 3 days during follow-up, with an overall improvement of 70% in right occiput and lateral neck, and 30% in the right parietal area. Stated VAS scores in the right occipital and right parietal areas were 1 and 4, respectively. The decision was made to progress to ONA treatment.

Occipital nerve blocks with onabotulinumtoxinA were performed 4 months after initial evaluation. 120 units of ONA were equally divided among 24 injection points, along the trapezius, occipitalis, temporalis, and cervical paraspinal muscles bilaterally. The patient reported immediate pain relief, from a pre-procedure VAS score of 5 to 0 post-procedure. Upon follow-up 1 month later, the patient stated that the ONA injections "were different" than previous treatment with local anesthetic, leading to complete resolution in the pain on the top and right side of her skull, in addition to her right shoulder, neck and arm. The only remaining pain was experienced in the right occiput in a 2 - 3 cm diameter, with a pain score of 3. The patient reported an overall improvement in symptoms of 80% - 90%, stating, "this is the closest to normal I have ever been". An additional follow-up after 4 - 6 weeks was recommended.

We describe a case of occipital neuralgia following C1 fracture and right vertebral artery dissection due to gunshot injury. After two successful occipital nerve blocks with local anesthetic, treatment with ONA resulted in greater overall improvement of symptoms, at 80% - 90%, and a decreased VAS score of 3 upon follow-up. These findings support the efficacy of onabotulinumtoxinA in treating the pain associated with occipital neuralgia, while providing a unique case of successful treatment following severe trauma. Sustained ONA treatment may provide long-term relief from occipital neuralgia and other pain conditions, while avoiding the potential side effects and increased morbidity of pharmacology or surgical intervention [17] . Further treatments are necessary to examine the results of repeated injections, which have been recently suggested to increase the duration of ONA's effects [18] .

The authors have no conflicts of interest to report.

Dr. Terence K. Gray, DO is a Harvard trained Anesthesiologist / Interventional and Multidisciplinary Pain Management Specialist. Currently the Medical Director at Mercy Pain Management Center, he is responsible for assisting in the leadership, physician oversight, and management of a large multidisciplinary pain management program. Dr. Gray served as a physician leader and partner in a large multistate anesthesia practice in southern New England and has been on the faculty of Harvard Medical School and Tufts University School of Medicine. He is a diplomate of the American College of Osteopathic Anesthesiologists. 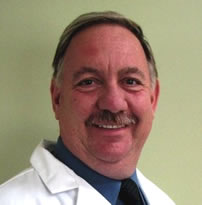 There may be more to the complaint than meets the eye. There may be obvious issues, such as a failed component resulting in a fall, a skin breakdown that on the surface appears that it was as a result of overuse or a rough area within the prosthetic socket.

Background: Although over 70% of chiropractic physicians utilize ultrasonic therapy (UST), there has never been an investigation of the calibration or electrical safety of this commonly used therapeutic modality within the chiropractic profession