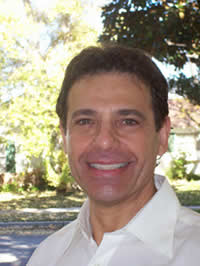 In today's world, anger management has become a necessary concept to understand and practice in order to effectively navigate the challenges of family, work, school and social life. It is commonly thought that managing angerinvolves not getting angry anymore. The reality is that everyone gets angry and each of us feels some anger everysingle day. The "secret" of managing anger has to do with gaining control of our feelings and directing their course into safe and constructive expressions. Anger is such an intense, volatile and confounding emotion that most people want nothing to do with it. They blame, pretend, escape and deny feelingsof anger at the cost of "acting-out" in destructive ways. It is more comfortable to point out others as being angry, but it is not as acceptable to acknowledge one's own anger. Admitting to anger seems to be tantamount to admitting defeat.

The root of denying anger originates with the difficult or traumatic experiences that many of us have endured at the hands of an angry mother, father, step-parent, brother, sister or grandparent. If our primary caretakers could not appropriately express angry feelings, but instead criticized, ridiculed, raged, intimidated, humiliated or abandoned us, then we learn ineffective and abusive methods of expressing anger and we develop defenses to protect us from angry interactions and angry feelings. People go to great lengths to avoid acknowledging their own anger. Therefore, a major difficulty in managing anger involves the "counterintuitive movement of the mind" that is necessary to successfully gain control of emotionality.

Rather than deny its existence, we need to embrace our anger. We must re-examine and modify our entire attitude toward the feeling of anger. We need to be fierce in our awareness of related emotions that are in fact part of anger: annoyance, irritation, frustration, impatience, upset, hurt, rejection, disappointment, disrespect, neglect, betrayal, etc. As Freud taught, feelings can be repressed or suppressed, but they do not go away. According to Freud's theory of the unconscious mind, the "law of return" mandates that repressed material eventually resurfaces to consciousness. Without appropriate processing, these repressions may manifest in behavior that is extreme in intensity and what we call "out-of-control." Examples of "unprocessed" acting-out behavior include: outbursts of anger, adult temper tantrums, violent episodes, sudden abandonment, revenge attacks, etc. A fundamental approach to anger management focuses on understanding the four basic types of behavior:

Passive behavior tends to follow from denial of anger and repression of traumatic events. The compliance and self-sacrifice of passivity inevitably lead to the build-up of more anger, as our feelings and needs are not being addressed. Those who suppress their emotionality and engage in passive behavior can do so for only so long. No one can remain passive forever and no one is immune to the build-up of anger. Everyone has his or her own particular "fuse" that will result in a verbal or physical explosion of anger. This type of anger release is often at the root of aggressive behavior. With aggression, people sacrifice others for the sake of themselves. They may yell, curse, throw or break things, slam doors, pound their fist, hit someone or suddenly "storm-out" without warning. Aggressive behavior can be used to get your way, manipulate, intimidate or gain control of others. Unfailingly, passivity will lead to passive-aggressive behavior.

According to the law of return, when anger is repressed it must find an outlet in behavioral form. If anger is not immediately released as aggression, then the angry feelings begin to "leak" out. The leaking of anger is the basis of passive-aggression, which is manifested in: sarcasm, cruel jokes, withholding, omissions, forgetfulness and sabotaging behaviors. Passive-aggressive behavior has its own particular "sting" that is often remembered years later. Unless the house or the office is burning down, assertive behavior is the healthiest expression of angry feelings. Self-assertion is so very difficult to achieve because most of us have had little opportunity to experience and learn assertiveness. Additionally, assertive behavior requires doing two things at once: on the one hand, we must state our own feelings and needs in a clear and direct manner, and on the other hand, we must express ourselves with compassion and consideration for the other person.

The Benefits of Being Assertive

Assertive statements are made in a calm, measured, but straightforward manner. Assertions are to the point with one or two brief sentences being sufficient. It is crucial that you gain your audience's attention before making your assertions. The assertive position ensures that you allow time for a response to your statements and demonstrate genuine interest in that response. You must make efforts to gain and maintain eye contact throughout the interaction and communicate sincere compassion, consideration and interest with your eyes. It is revealing that people often claim to be assertive, when they are in fact being aggressive. With assertive behavior, you are not focused on convincing or winning arguments.

Assertiveness is about fairness and mutuality. It is based on encouraging all parties to be heard, reaching decisions based on everyone's input, and allowing all participants to walk away from the interaction or meeting with their selfesteem intact. Each person needs to feel important to the process of negotiation that is a part of all interactions. It is true that anger must be managed to some degree in order to make an assertive statement, it is also true, however, that the thorough understanding and conscious application of assertive behavior can lead to consistently sound anger management. It may well be that the essential challenge for humanity to establish peaceful home, work and global environments is to develop guidelines for assertive behavior and reward its practice.

Factitious Disorder Imposed on Another

Formerly this disorder has been referred to as Munchausen by Proxy and later, Factitious Disorder by Proxy. In the current version of the American Psychiatric Association's Diagnostic Criteria, Diagnostic and Statistical Manual of Mental Disorders, fifth edition (DSM-V), the disorder is referred to as Factitious Disorder Imposed on Another, (DSM-V 300.19). The perpetrator and not the victim is given this diagnosis. The victim is given an abuse diagnosis.