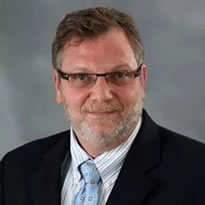 As originally published by The Value Examiner, May/June 2012

Benchmarks are the basis for damages. But when the assumptions behind the benchmarks fail to stand up to Daubert scrutiny, expert testimony may be excluded.

The purpose of this article is to demonstrate that "traditional" valuation methods that incorporate ex-ante data can be inappropriate when used to estimate lost profit or lost enterprise value in litigation; and the appropriate method should be based on ex-post data, i.e., data available after the event in which damage occurred.

Impact on the Plaintiff

In civil litigation, litigants, juries, and courts struggle with the issue of how an alleged loss should be compensated. What is a reasonable estimation of the impact on the plaintiff of the event under dispute?

In the corporate setting, that impact generally involves some combination of (a) lost profits and (b) lost enterprise value through reduced business valuation. To estimate these reasonably and fairly is an extremely complex matter. Some of the elements, such as damage to reputation, are arguably subjective. Even the more objective elements, such as lost income, are not necessarily straightforward. They require the development of two alternate histories: one of them concerning what happened in fact, the other representing what might have happened "but for" the event in question, i.e., had the event in question not occurred.

To arrive at claims for damages, litigants turn to expert witnesses-in particular, financial, economic, and accounting experts-who, it is assumed, can apply established models and methodologies. These experts set benchmarks that can be used to measure performance and determine, in ways that are authoritative and will be clear to the court, how much was lost.

Benchmarking, in this context, is the process of establishing the basis for the hypothetical, "but for" figure. By definition, a benchmark is a standard. In general, benchmarking involves comparing a known figure-say, a performance metric-against an accepted standard. In damages estimation, benchmarking involves the use of an economic standard to prove the validity of the hypothetical but-for profits. The challenge is to arrive at a standard that the court will accept.

Benchmarks for damages can be established in several ways. One is to use management's own forecast of future performance-to say, in effect, "This is how management believes the company would have performed if not for the harm." Another way is to use the forecast of independent securities analysts: "This is how independent experts projected the future performance of the company." A third is to create a benchmark based on the performance of a peer group: "This is how comparable companies performed that were not subject to harm."

Creating and defending these benchmarks is the work of expert witnesses with backgrounds in valuation and/or financial economics.

To measure lost profits and thus establish the basis for damages, the expert must calculate the following:

Profits had the harm not occurred

Actual profits are easy to calculate, as data is readily available. But "profits had the harm not occurred" is a hypothetical figure. It is based on an alternative history, a scenario in which the harm did not occur.

Since there are no actual figures to apply to this alternative scenario, the hypothetical profit must be calculated. The calculation must give but-for profits a basis in reality. If the calculation is realistic, the court can compare the two scenarios and determine the extent of the harm.

Most lawyers know how big a problem occupational fraud is in corporate America. They may even count as clients companies that have been defrauded and suffered significant losses. Yet a "not at my firm" attitude persists among many partners who take for granted the honesty and integrity of their colleagues and staff.

Financial experts are frequently asked aboutthe tax impact of damage awards, both paidand received. The complexities of the InternalRevenue Code (IRC) and judicial interpretations thereofmake determining the taxability of receipts or payments difficult.The same is true when dealing with the taxability of economic damages awarded to plaintiffs in civil actions. Nuances in the IRC and the judicial interpretations may make it difficult for a taxpayer to determine the taxability of his or her proceeds from a litigation award of personal economic damages. Whether or not such is taxable often depends on how the award of economic damages is categorized and/or described in the awarding documents.

The Appropriate Discount Rate In A Lost Earnings Claim

Damage experts don’t always agree regarding the appropriate discount rate and underlying methodology for a lost earnings claim and certain commonly applied methods actually provide a windfall to Plaintiffs. The chosen rate can make a meaningful difference in the economic damages conclusion. A recent article, "Lost Compensation Settlement Tool Allows You To Assess Economic Damages Accurately And Efficiently, Under Various Scenarios", demonstrates the significance of the applied rate on damages.