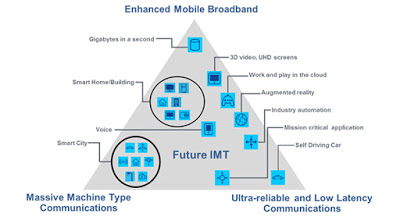 5G is strategically important to the entire mobile ecosystem and to many nations for economic as well as for national security reasons. The 5G standard will support many complementary technologies and market developments. Total estimated value is $12.3 trillion in 2035.

5G is a new standard that significantly embodies cumulative technology developments from previous cellular standards including 3G UMTS and 4G LTE. Many more innovative new technologies will also be added to 5G over the next decade or so.

Transformation and growth with 5G

Mobile communications has improved in leaps and bounds since the introduction of analog phones in the early 1980s. After cellular was only significantly used for voice calling for a couple of decades, network traffic from voice was surpassed by data communications in 2009 with demand for the latter at least doubling every 18 months ever since. This is no mean feat. It resulted from major investments in technology R&D as well as in network facilities and new devices. 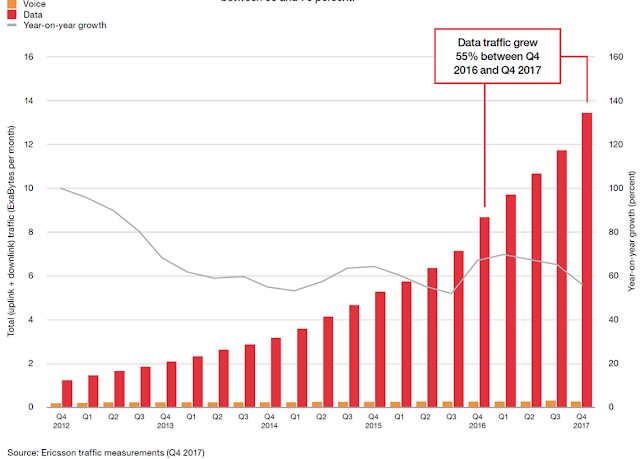 With the first commercial 5G deployments from around 2019, the new standard promises to be transformative and facilitate further growth with:

While market opportunities are wide ranging and will include numerous technologies, they are most significantly underpinned by the mobile communications technologies developed and contributed to the 5G standard, including IP protected by standard-essential patents.

Building on the shoulders of giants

5G is substantially based upon previous cellular technologies. For example, whereas previous advances from 1G to 2G, from 2G to 3G and from 3G to 4G where largely defined by a totally new "air interface", both 4G LTE and 5G "New Radio" are predominantly based on OFDMA wireless technology. 5G is also capitalizing on many other technologies that were already introduced in previous standards. Examples include QAM modulation, MIMO space division multiplexing and multi-carrier aggregation technologies. This short paper of mine explains in greater depth how seminal and foundational technologies are initially contributed to the standards and are then also very valuably reused in later standards. As standardization progresses, many more companies get involved in the process, including some who supplement these foundational technologies with additional contributions of varied worth.

As declarations begin to be made-of patents that owners believe are essential to the 5G standard-it will soon become apparent that a clear majority of these will have already have been declared essential to previous standards including various 3G standards and 4G LTE. Technology-IP leaders in 3G and 4G will therefore also tend be the leaders in 5G.

It is still very early for 5G SEP declarations because declarations are usually made several months after the setting of standards. The first standardization of 5G was not until December 2017 in 3GPP Release 15.[1]

Following this initial 5G standard release, there is substantial additional and ongoing development work including trials, debugging, development of commercial products and the introduction many new technical features and performance improvements.

Leading cellular technology innovators, among others, will continue to make new contributions to the standards in 5G, including additional technologies that are being introduced in later releases of the 5G standard, as also illustrated in this Qualcomm blog posting.

The value of standard-essential technologies is largely a function of patent quality-particularly including seminal and foundational contributions-rather than of the raw numbers of patents filed, issued or declared essential to the standards. Nevertheless, significant attention is paid to these metrics, and on the numbers of technical contributions to standard setting organizations because these figures are easy to count and promote in the media, in licensing negotiations and in court litigation.

However, SEP declarations and the number of technical contributions companies make to the standard-setting process can easily be inflated by those who seek to "game the system." Declarations of patents that owners believe might be essential or might become essential to the standards are not policed or verified by SSOs. Their IPR databases were set up to identify patents and their owners, not for the purposes of apportioning SEP value or FRAND royalty rates. As I have indicated previously in IP Finance, patent counting is inaccurate and unreliable even when third parties make essentiality checks.

[1] 3GPP is the stand setting organization responsible for all the major mobile communications standards including 2G GSM, 3G UMTS, 4G LTE and 5G.