Winston Churchill once said you can always count on Americans to do the right thing - after they have tried everything else. 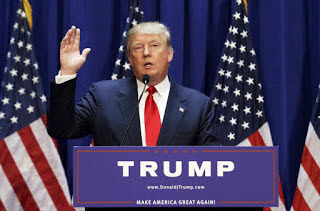 President Trump's blocking of Broadcom's attempted hostile acquisition of Qualcomm brought allegations of protectionism and some discontent among shareholders; but no such intervention would ever have been called for if Qualcomm's licensing business model had not been so wantonly attacked at home and abroad by antitrust actions including large fines and by royalty payments being withheld by Apple. This all took significant toll on the firm's stock price. US agencies and major companies from various nations were widely complicit in the onslaught. In the absence of all that skulduggery, Qualcomm's stock price would never have been within Broadcom's acquisition reach.

The presidential intervention prompted the writing of several business newspaper leaders on matters of industrial policy, national security and merger control in the IP-rich technology sector, including 5G communications. While the order was made ostensibly for reasons of national security, protectionism is pejoratively alleged. Either way, the legitimate concern was that the prospective change of ownership and control would curtail Qualcomm's long-term R&D investments - from high levels of 20-25 percent of sales over many years - jeopardizing its technology leadership and strong position versus China including its national champion Huawei.

Even before President Trump's order, the US Treasury's Committee on Foreign Investment in the United States (CFIUS) had already expressed concerns about the transaction in a letter addressed to Broadcom and Qualcomm lawyers.

The Financial Times recognizes 'Qualcomm is no ordinary company. In an era when mobile technology is ingrained in every kind of economic activity, it develops key intellectual property underlying wireless communication. All mobile networks are built on standards developed with Qualcomm's leadership. In a sense, Qualcomm's technology touches all the data on all mobile devices, everywhere. Most people may not know it, but the company is as ubiquitous as the air.'

However, Chinese competitors benefit from strong industrial policies, private or state ownership and government subsidies which enable them to be more patient and less risk averse about obtaining returns on R&D investments. As noted in IP Finance, with recent figures from the EPO, Huawei (China) is now the top patent applicant in Europe. Also with focus on mobile communications technologies, Qualcomm and Ericsson are in fifth and tenth positions respectively. Patent counts are only part of the story where patent quality is most important, but these numbers at least provide an indication of the desire and intent of the Chinese to surpass their western competitors in IP ownership.

The Economist identifies the ascendancy of China. '"DESIGNED by Apple in California. Assembled in China". For the past decade the words embossed on the back of iPhones have served as shorthand for the technological bargain between the world's two biggest economies: America supplies the brains and China the brawn.

Not any more. China's world-class tech giants, Alibaba and Tencent, have market values of around $500bn, rivalling Facebook's. China has the largest online-payments market. Its equipment is being exported across the world. It has the fastest supercomputer. It is building the world's most lavish quantum-computing research centre. Its forthcoming satellite-navigation system will compete with America's GPS by 2020

The above follows the Economist's headline a couple of weeks earlier 'What the West got wrong: It bet that China would head towards democracy and a market economy. The gamble has failed.'

If a trade war is emerging in the technology sector, under the pretext of protecting national security it not the US that fired the first salvo.

Due to Chinese national security including the Great Firewall of China with censorship restrictions, the Internet's over-the-top services markets have been balkanised in China. Chinese leaders Alibaba (e-commerce), Tencent (social networking), Baidu (79% of Chinese search) and others have preempted or displaced the global leaders such as Facebook and Google.

Competition for Qualcomm-in mobile communications chips and technology licensing- is in the most open of global of marketplaces where technology development and standardization is mainly undertaken by a few and then offered freely, but not gratis, for implementation and use by all comers. China has explicit industrial strategy for innovation and manufacture in this and other industrial sectors: it uses various measures including antitrust enforcement in support of that and to the advantage of Chinese companies. For example, it allegedly forces foreign companies to surrender their IP to obtain Chinese market access. According the Wall Street Journal, a White House official said that the harm to the US from this is $48 billion. In order to settle an antitrust dispute with the NDRC, Qualcomm paid a $975 million fine and reduced its patent-licensing charges in China.

The Trump administration is now threatening tariffs on $60 billion of imports and tighter restrictions on acquisitions and technology transfers. One objective is to stem the purported intellectual property theft.

The US and other western nations have lacked coherent industrial policy for the technology sector, while antitrust policy and enforcement has also been inconsistent and has undermined IP. It was high time to start doing something that would underpin America's technology and IP leadership, rather that erode it as had occurred for SEPs under the previous administration with President Obama.

How to Make America Great Again in SEPs

The need is to uphold patent rights everywhere rather than for national trade protectionism which will provoke harmful tit-for-tat retaliation.

As I have shown elsewhere, US tech titans including Alphabet, Apple, Facebook and Netflix have done very well for themselves, including strong revenue growth over the last few years, based on low-cost communications platforms providing exponential growth in data consumption. However, revenues for network operators, network equipment providers and patent licensors have been flat. Notwithstanding the above, under the previous presidential administration, and against the interests of patent-rights holders:

Thankfully, there are signs the tide is turning against some anti-patent manoeuvres under the Trump administration with Assistant Attorney General Makan Delrahim at the Department of Justice Antitrust Division and with new guidelines on SEP licensing from the European Commission. Patent licensing charges are allegedly harmful because these supposedly must be passed on to end consumers in higher device prices. However, the only American handset OEM is Apple. It prices its products at high levels the market will bear, resulting in stellar profit margins, rather than pricing based on its costs. While Apple stopped royalty payments to Qualcomm in the first quarter of 2017, according to Strategy Analytics, average iPhone prices rose 6.3 percent from $645 in 2016 to $686 in 2017.

IAM blogger, Richard Lloyd wrote: 'If Trump really wants to protect Qualcomm's long-term prospects perhaps he should get on the phone to Apple.' The President should also ensure the FTC's action against Qualcomm is withdrawn. That might similarly discourage other agencies around the world from diminishing the rights of SEP owners wherever they reside.

The notion of "peak smartphone" is widely discussed of late, including by the Economist. Revenues are flattening with longer replacement cycles, saturating markets, resistance to Apple's price increases, decreasing prices among Android's fiercely competitive OEMs and allegedly diminishing technical improvements in successive new device models. 5G holds massive growth potential, but much of that is in industrial and IoT markets that will take at least several years to establish themselves and grow to levels that will have substantial impact on overall device and service revenues.

Analyst Angle: How to Provide Gigabit LTE Cheaply When You Don't Have the Spectrum?

Consumers are only beginning to use LTE in unlicensed spectrum. So far chatter has mostly been about operator trials, commercial chipsets and sales of devices to seed the market before anyone is to be able to use the new service feature. Nevertheless, the commercial impact will be quite dramatic within a few years.