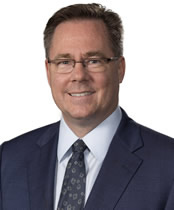 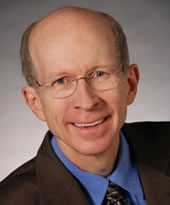 Dr. John Strawn, Ph.D. (Stanford, 1985) has over 30 years experience in software development (assembly language, Fortran, C, C++, Java, HTML, XML). He is experienced in digital signal processing, especially for audio and music, including audio compression such as MP-3. As an employee and as an independent consultant he has worked on teams in large and small companies on cutting-edge technology. Dr. Strawn has served as testifying expert in patent and trade secret cases, conducted extensive prior art searches, and written expert reports, working for both plaintiffs and defendants. He has conducted software analysis of thousands of pages of source code. Having been a Fulbright scholar in Germany, he can easily work with source material in German. He is an accomplished public speaker and has published extensively.

• View Dr. Strawn's Resume
• View Dr. Stawn Patent Expert Witness Experience
• Partial List of Digital Signal Processing Consulting Engagements
9/30/2008 · Multimedia
Technological Change: The Challenge to the Audio and Music Industries
By: Dr. John Strawn
In public talks about audio, one often sees a timeline in which "major changes in the audio industry" are said to occur every 10, 25, or perhaps 50 years. Rather than searching for periodicity in a one- or two-dimensional timeline, in this article it will be more helpful to start out by enumerating some of the multidimensional axes along wchich change occurs
Read Article 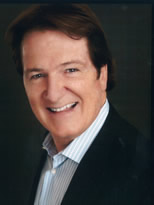 Doug Johnston has over 30 years of direct Senior Executive experience and CEO/C-Level management positions with national-scope companies including Commercial Banking, Mergers & Acquisitions, and Real Estate. Early in his career, he was named as a bank President in Texas where his bank received the regulators’ highest ‘Class 1’ rating. He thereafter established multiple new full-service bank offices in Texas and California over 11 years before entering the mergers & acquisitions field and becoming EVP-Finance & Administration and a ‘Founding Father’ of the largest private company in Los Angeles.

Mr. Johnston is an investigative and strategic consultant with direct experience in finance, management, sales, and operations. He has extensive due diligence, negotiation, underwriting, and documentation experience including as a lender, borrower, buyer, investor, executive and/or seller in hundreds of transactions in the service, technology, manufacturing, real estate, and entertainment sectors across the US, with well over $2 Billion in closed transactions. Mr. Johnston has over 30 years experience in getting quickly to the heart of deals, strategy, and assessing the strengths and weaknesses of either side of a transaction. As a published author, he has written numerous articles on topics including finance and economics, and he is a past President of the Century City Rotary Club.

Platinum Equity, LLC, 1997-2004 - EVP Finance & Administration of the largest privately held company based in Los Angeles and one of the top largest private U.S. companies, with additional offices in New York, Boston and Paris. Platinum was an early participant in the ‘private equity’ sector and has specialized in acquiring key divestitures from IBM, ATT, Viacom, WorldCom, Motorola, Alcatel, and Lucent among many others.

Cleaning with Solvents: Science and Technology