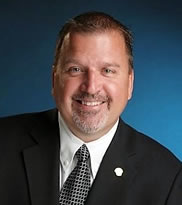 Michael J. Canaan, CPP CFLC, is a Premises Liability Expert Witness with over 45 years of experience in military and civil law enforcement, as well as corporate and private sector security and investigative positions.

Assignments have taken him from the Bering Sea to Southeast Alaska, across Canada and the United States, to countries in Central and South American in case venues ranging from educational settings, amphitheaters and stadiums, nightclubs and sports bars, ships, casinos, retail environments, food processing facilities, malls, and shopping centers.

Expert cases have involved evaluating failure to meet best practices, duty or standard of care in areas such as:

Mr. Canaan has worked over 35 expert cases, with testimony experience in both deposition and trial.

He is Board Certified in Security Management by the American Society for Industrial Security, International. ASIS is the largest professional security practitioner association with over 38,000 members worldwide, of which only 2200 have received this prestigious certification. Mr. Canaan is also a Certified Forensic Litigation Consultant with the Forensic Expert Witness Association.

Mr. Foster has served as a detective with assignments in burglary, auto theft, and homicide and as the Vice President for security for a state-wide bank. He has been an adjunct instructor at two colleges teaching courses in criminology, criminalistics, criminal justice management and computer fraud. He has made numerous presentations to national security, banking, business and consulting associations and groups on a variety of security-related topics, including negligent security and risk analysis.

Preston Rideout is a Nightclub and Bar Expert with 25 years of experience. He is CEO of Rideout Hospitality and specializes in providing Expert Witness Testimony specific to bar operations, nightclub operations, negligence, intoxication, assault, use of force, mechanical bull operation, responsible alcohol service, and Dram Shop. 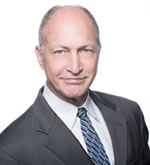 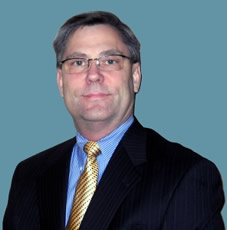 J. Patrick Murphy has over 40 years of experience in Law nforcement, Security Management, and Corporate Loss Prevention. Mr. Murphy's background as a Fortune 50 company security director provides a strategic view of operations, security planning, and liability. His continuing education in the area of security case law and his unique approach to investigating cases make him a valuable Security Expert Witness to any litigation team. His hands on approach and advice during the discovery phase of the case can often be pivotal in determining the ultimate outcome.

Areas of expertise:
• View J. Patrick Murphy's Curriculum Vitae
• J. Patrick Murphy's Short Bio
12/17/2013 · Security
Nightclub and Bar Security Bouncers, Doormen and Security Guards: You Are Security
By: J. Patrick Murphy
Authors note: I am a nightclub security expert witness. I've never worked in a bar. What qualifies me as an expert is my decades-long experience in security management. Security personnel are known under many different titles such as, most commonly, bouncers but they are also called ushers, greeters, door men, crowd control specialists, etc. The truth, however, is that there are basic tenants to any security program, regardless of business environment, and bars and nightclubs are no different with the exception of alcohol. Bouncer = Security.
Read Article
11/14/2012 · Security
Employee Theft: 10 Exposed Areas for Review
By: J. Patrick Murphy
Employee theft is nearly 50% of the losses for retailers. It's a $600 Billion crime across the nation for all businesses and growing. Employers are sometimes reluctant to discuss this topic or even acknowledge its existence but to adopt that approach will lead to financial disaster.
Read Article

As Principal of Interbrief.Org, Rick Santoro has the necessary expertise to assist in litigated matters from the beginning of the case through trial. He offers forensic research relating to:

Peacemaking: Practicing at the...