Expertise: Ms. Wong is a media-experienced expert on intercultural issues and Feng Shui, an award-winning entrepreneur, a nationally-recognized authority on Asian and Asian-American business, as well as a best-selling author. In 1989 she founded her intercultural consulting and corporate training service and Pacific Heritage Books in 1992, both dedicated to "bridging cultures for better business." Since then she has created and secured a niche as a pioneer and an internationally recognized authority on the U.S. Asian market and feng shui.

Publications: Best-selling Feng Shui Dos and Taboos, Feng Shui Dos & Taboos for Love, 2003 Feng Shui Page-a-Day Calendar, Night of the Red Moon (1994), a historical fiction based on the 1871 Los Angeles Chinatown massacre and favorably reviewed in Los Angeles Times, Asian Week, Seattle's International Examiner, and nominated for Beatty Award for children's literature.
12/2/2005 · Feng Shui
The Feng Shui Of Los Angeles
By: Angi Ma Wong - The FenSShui Lady
You might say that I have an affinity to the City of Angels. You see, I was named after the town by the banks of the puny river grandly named Nuestra Senora de Los Angeles de Porciuncula
Read Article
12/2/2005 · Feng Shui
Prediction For The Year Of The Wood Rooster 4703
By: Angi Ma Wong - The FenSShui Lady
After the unpredictable Year of the Monkey with its horrendous surprise ending with the Asian earthquake and tsunami, most of us are ready for the new year of the Rooster which begins on February 9, 2005. The element of wood remains above that of metal during this year, portending a continuation of disharmonious relations on the international front but with hope
Read Article
9/1/2002 · Feng Shui
September 11: A Feng Shui Perspective
By: Angi Ma Wong - The FenSShui Lady
What can help us to comprehend disaster and loss of such magnitude? We can try to put it in terms of astrology, currently circulating: Numerology on the World Trade Center
Read Article
5/19/2001 · Feng Shui
Feng Shui: An Ancient Tradition Goes Mainstream
By: Angi Ma Wong - The FenSShui Lady
Unless you have been living in a cave in the past year, the subject of feng shui, literally, "wind-water" in Chinese, the ancient environmental system of placement, has been inescapable! In electronic and print media, from coast to coast, continent to continent, and everywhere in between, there's no doubt that nationwide and globally, people are becoming more aware, acquainted, enamored, and yes, confused, about feng shui
Read Article
Feng Shui Do's and Taboos for Health and Well-Being
Angi Ma Wong
User-friendly and alphabetically listed, Feng Shui Dos & Taboos for Health and Well-Being provides you with hundreds of tips from many different feng shui schools to help you reach your goals with confidence.
Feng Shui Dos & Taboos
Angi Ma Wong, Yap Cheng Hai

Carlo Scevola & Partners is an International Fiduciary Company headquartered in Geneva, Switzerland, with branches in six continents. We specialize in International Planning, Strategic Consulting and Wealth Management. Our clients trust us for everything from setting up an Offshore Company to Mergers and Acquisitions to Business Finance and Asset Protection.

CS&P’s customer-centric methodology ensures that each client gets a custom-tailored solution which addresses that business’ individual objectives and requirements. Our team has expertise in every functional category and every important geography. From finance to operations to human resources to marketing – from the Americas to Europe to Africa, Asia and Oceania – CS&P can bring together experienced executives who know how to advise you and will make your enterprise a success. All this while always protecting your privacy.

CS&P Operates In More Than 80 Countries Around The World. 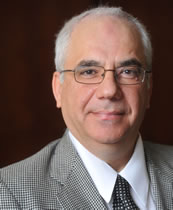 Aaron T. Olson has decades of experience in the field of Police and Human Resources. His foundation of knowledge and skills comes from a career in law enforcement, and being a college educator, expert witness, consultant, and trainer.

Background Experience: Mr. Olson has 26 years of police experience with the Oregon State Police managing assignments in communications, recruitment, and patrol. He supervised and evaluated both police and non-police employees. He was a member of the OSP Procedures and Rules Advisory Committee and worked with Oregon's Department of Justice legal team in rewriting and validating OSP's trooper and cadet applicant hiring process.

As a patrol supervisor, Mr. Olson directed major crime scenes and motor vehicle fatalities investigations. He reviewed and approved administrative, police, and use of force reports. He investigated allegations of police officer misconduct, conducted background checks, and participated in specialized tasks in community policing, dignitary protection with the U.S. Secret Service and other law enforcement agencies. In his tenure he had experience in police pursuits, the use of physical force and deadly force and next-of-kin death notifications.

• Aaron T. Olson's Curriculum Vitae
• Statement of Qualifications
• Biography
• Services
• Testimonials
• Facebook Page
10/21/2020 · Employment
Expert Witness' Checklist When Reviewing An Employer's Handling Of Workforce / Employee Complaints
By: Aaron T. Olson
Clients need to know what an expert witness does in the review of an employer’s handling of a workforce complaint. The complaint could be regarding discrimination, sexual harassment, misconduct, or retaliation, any of which could potentially lead to the accused’s termination. An expert who has the experience of conducting employment investigations will be able to assess if the employer’s handling of the workforce complaint, actions or omissions was satisfactory or unsatisfactory.
Read Article
Multicultural Law Enforcement: Strategies for Peacekeeping in a Diverse Society (7th Edition) (What's New in Criminal Justice)
Aaron T. Olson, et al
A classic text in peacekeeping, cultural awareness, and diversity in law enforcement. It provides practical information and insight to prepare officers for culturally sensitive policing. The content explores the pervasive influences of culture, race, ethnicity, gender, and sexual orientation in the workplace and in multicultural communities.
Multicultural and Diversity Strategies for the Fire Service
Aaron T. Olson, et al
As the fire service becomes a microcosm of American society, this book provides a useful tool to effectively address key issues and challenges of cultural diversity. It offers valuable lessons on cultural competence, the value of cultural differences, and the acquisition of cross-cultural skills to be used in fire science college courses or fire academies at the city, fire-district, state or federal level.

Health Care Malpractice: A Primer on...