As Originally published by Journal of Food Protection,, April 2010

Contamination of food and individuals by food workers has been identified as an important contributing factor during foodborne illness investigations. Physical and chemical barriers to prevent microbial contamination of food are hurdles that block or reduce the transfer of pathogens to the food surface from the hands of a food worker, from other foods, or from the environment. In food service operations, direct contact of food by hands should be prevented by the use of barriers, especially when gloves are not worn. Although these barriers have been used for decades in food processing and food service operations, their effectiveness is sometimes questioned or their use may be ignored. Physical barriers include properly engineered building walls and doors to minimize the flow of outside particles and pests to food storage and food preparation areas; food shields to prevent aerosol contamination of displayed food by customers and workers; work clothing designated strictly for work (clothing worn outdoors can carry undesirable microorganisms, including pathogens from infected family members, into the work environment); and utensils such as spoons, tongs, and deli papers to prevent direct contact between hands and the food being prepared or served. Money and ready-to-eat foods should be handled as two separate operations, preferably by two workers. Chemical barriers include sanitizing solutions used to remove microorganisms (including pathogens) from objects or materials used during food production and preparation and to launder uniforms, work clothes, and soiled linens. However, laundering as normally practiced may not effectively eliminate viral pathogens.

In this article, the seventh in a series on food worker- associated outbreaks, the discussion focuses on physical barriers to prevent food from being contaminated. Previous articles in this series reviewed the numerous foodborne outbreaks linked to food workers, and lack of hand hygiene, including lack of or improper use of gloves, was listed among the risk factors (37, 95, 96). Other articles documented how easily hands can be contaminated in food preparation environments from contact with raw foods and from infected coworkers. Pathogens with low infective doses may be present on hands in high numbers and can be easily transferred to foods and/or food contact surfaces and can survive for long periods (97-99). Barriers, including protective clothing, hand utensils, and food shields or sneeze guards, are widely used in food operations, particularly in retail food and food service environments, although the value of these barriers has not been thoroughly researched. No risk assessment has evaluated the degree to which these barriers reduce foodborne illness or which barrier is most effective. However, it is generally agreed that multiple barriers (hurdles) are better than one or two when producing, preparing, and serving food. The present article is a review of the use of various barriers, excluding gloves, for preventing food contamination. The use and effectiveness of gloves as barriers is addressed in the next article in this series (100).

Building structure and design. Buildings for food processing operations should be constructed to limit the spread of pathogenic and spoilage organisms, especially where there are potential multiple sources of contamination, e.g., raw ingredients, workers' clothing and footwear, dust, and pests. Other sources may be the processing environment, e.g., air ducts, fans, eroded flooring, leaky roofs or drains, difficult-to-clean equipment, conveyor belts, and cleaning and maintenance tools such as mops. It is hard to know how much contamination within a facility is directly spread by workers and how much is associated with environmental conditions such as airflow and drains, but workers are instrumental in activities that influence all of these factors.

Buildings must be sufficiently secure to reduce any opportunity of external penetration that may cause damage to the operation. Many industries have established zones for different risks for contamination that require different monitoring and cleaning regimens. Depending on the type of operation, e.g., whether it has a total pathogen inactivation step, a facility may generally be divided into four zones (one, two, or three processing areas in addition to the nonprocessing areas) or two zones (high- and low-risk areas, more frequently used in Europe). These areas can include those for raw materials and receiving, mixing, and other precooking steps, where general good manufacturing practices apply, and cooking areas (38).

Quality issues or product failures can cause manufacturing shut-downs, customer complaints or even legal disputes. These problems include contamination, off-flavors/colors/odors, toxic substances, migration/leaching and packaging failures. 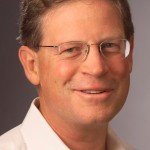