Abstract
A simple experimental scheme is described for the determination of the dynamic stress-strain relations for fresh aortic tissue within the range of strain rates up to 3.5 set-I. This is the first such work known to the authors in this dynamic range, and is considered a necessary step toward a quantitative study of traumatic rupture of the aorta. The results indicate a definite stiffening of the tissue with increasing rates of strain; the stress-strain law exhibits an exponential character.

THE NUMBER of fatalities due to automobile collisions in the United States has reached an annual level of 55,000, according to the statistics of the National Safety Council. Of these, 16 per cent have been estimated by Greendyke (1966) to be due to traumatic rupture of the aorta, on the basis of a sample of 1253 automobile fatalities in Monroe County, N.Y., over a four year period. Rindfleisch (1893) was among the first to observe rupture of the aorta, attributing the phenomenon to hypertrophy of the left side of the heart, and indirectly to an increase in intra-aortic pressure, particularly in the ascending portion of the aorta. Traumatic rupture of the aorta is generally associated with accidents characterized by violent and sudden deceleration. Taylor (1962), quoted by Gable et al. (1963), has demonstrated on pigs that, during acceleration, an emptying of the distal half of the thoracic aorta occurs with engorgement of the upper half and of the arch. This retrograde flow may increase the pressure sufficiently in the region of the arch to cause rupture there. Lundevall (1964) has classified the mechanical forces acting on the aortic wall into three types: (a) Longitudinal, radial and torsional forces due to motion of the adjacent thoracic organs, (b)Wave propagation in the aortic wall due to sudden stretching of the aorta, (c) Intra aortic pressure field. Lundevall has indicated that geometric distortion of the aorta in the sagittal plane during deceleration may cause local longitudinal stretching of the aortic wall, particularly at two points of fixation: at the base of the heart, and at the isthmus. Traumatic rupture of the aorta is observed always to be transverse, normally indicating failure axially in tension. In addition, it is expected that radial expansion of the aorta will be limited by the restoring forces of the surrounding tissue. Under normal physiological conditions the excursions in vessel radius are limited to 10 per cent, while axial displacements of the wall are virtually negligible due to the tethering effect of the many intercostal arteries branching from the aorta (see Peterson, 1960).

In the present work, a simple experimental scheme is described for loading dynamically a fresh aortic segment so as to achieve very nearly a uniaxial state of stress. The results indicate a stress-strain relation of the same exponential character as observed for other soft �tissues such as muscles by Hill (1953), Fung (1970) and numerous other researchers. In particular, it appears that the constitutive relations are definitely dependent on the magnitude of the strain-rate.

2. DETERMINATION OF STRESS, STRAIN, AND STRAIN-RATE IN AN AORTIC SEGMENT

In order to determine the constitutive relations for aortic tissue under dynamic loading, it is proposed to subject the aorta to the simplest possible stress-state, this being one of uni-axial tension. Lawton (1953, as well as numerous other authors, have indicated that a Poisson ratio of ½ corresponds to most biological tissues. This implies deformation at constant volume.

Consider the longitudinal extension of a cylindrical segment of aorta of uniform crosssection, of gage length L, volume V0 radius R, and wall thickness h, where h . . . Continue to article and footnotes (PDF).

Dr. Richard Collins is the Former University Professor of Biomedical and Human Factors Engineering, Professor of Medicine, Professor of Mechanical and Aerospace Engineering. Dr. Collins has Demonstrated Accuracy in Research and Scientific Analysis in Mechanical and Biomechanical Engineering and Regulatory Assessments. His work has been Extensively Published in National and International peer-reviewed Literature. He is an Internationally recognized engineering and medical expert, having earned his Ph.D. from the University of California, Berkeley. Dr. Collins is qualified as an expert witness in civil and criminal courts.

"For the physician to grow a cosmetic injectable practice, both a variety of products as well as a mastery of technique are key ingredients in the recipe for success. If one had to choose between variety and technique, I believe that it is the technique that will ultimately provide desired results and thus create many happy return visits from patients. Repeat business is the goal. 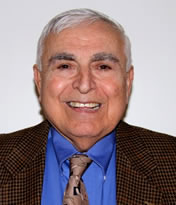 It is well established that the use of traditional nonsteroidal anti-inflammatory drugs (NSAIDs) increases the vulnerability of the gastrointestinal (GI) mucosa for the development of peptic lesions and serious ulcer complications. In addition, selective and traditional NSAIDs have also been associated with increased frequency of cardiovascular toxicity, especially in susceptible patients.