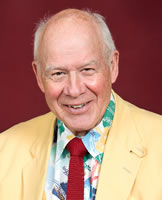 
"Has the standard of care been violated?" is the basic question in all medical malpractice cases, the answer to which may be difficult to determine because the standard of care is often unwritten, can be ever changing, and is a blend of academic and private practice opinions. In addition to having a broad base of experience with both private practice and academic medicine the expert witness must be current with the medical literature, knowledgeable about solid tumors such as cancer of the breast, lung, colon, thyroid, tongue, larynx, head and neck, esophagus, stomach, colon, rectum, anus, skin, melanoma, liver, kidneys, bladder, pancreas, ovary, testicle, hepatoma, and sarcoma, as well as soft tissue malignancies such as non-Hodgkin's and Hodgkin's lymphoma, the acute and chronic leukemia's, multiple myeloma, anemias, leukopenia, thrombocytopenia, and pancytopenia. His/her (his) experience should include chemotherapy, drug trials, collaboration with surgeons, radiation therapists and bone marrow transplantation subspecialists and (he) should be familiar with the allied fields of radiation therapy, surgical oncology, diagnostic radiology, and surgical pathology.

An experienced expert witness should be able to sift through the chafe of medical jargon, establish the essential facts of a case and articulate in either oral or written form a clear, concise, and ethical opinion supported by the premise of evidence based medicine. That opinion should state whether the standard of care was violated, causation and the degree of damage the plaintiff has sustained.

In choosing a medical oncology or hematology expert witness it is important to consider not only his training, experience, and years of involvement with medical-legal issues but also his ability to project credibility, explain complex medical issues in easily understood terms, and to have the poise and demeanor to withstand the rigors of cross examination while defending those opinions.

A few case studies from my 30 some years of expert witness experience illustrate how such an evaluation can be useful.

Case #1: A radiologist missed a tumor on a routine mammogram on a 40 year old women who 3 years later had a second routine mammogram by another radiologist who observed a 3 centimeter tumor in her left breast and also observed a 1 ½ centimeter tumor in the same area when he reviewed her first set of mammograms. A surgical biopsy showed the tumor to be an invasive ductal cell cancer, and a metastatic work up showed numerous bone metastasizes.

After review I was able to tell the plaintiff's attorney that the 3 year delay in diagnosis resulted in a 1 ½ centimeter increase in the size of her tumor, and that on a more probable than not basis the delay in diagnosis gave time for the tumor to spread to bone. I also was able to state that her cancer stage increased from a probable stage 1 with a 90% cure rate to a Stage 4, which is incurable, establishing a basis for damages. The suit was settled in the plaintiff's favor.

Case #3: A 65 year old automobile mechanic complains of back pain and was diagnosed with non-Hodgkins lymphoma invading the vertebrae of his back. The patient submited a labor and industries claim that blunt trauma to his back at work, one year prior to his lymphoma diagnosis caused the lymphoma. After a chart review, I was able to tell the defense attorney that the medical literature contains numerous references to anecdotal cases of cancer developing after trauma and yet there is not a single scientific study that proves that such an association is statistically significant. The case was dismissed by the state labor and industry disability board.

Case #4: A 62 year old asymptomatic fireman was noted at the time of an annual exam to have an elevated blood protein level which led to a bone marrow biopsy. The biopsy was interpreted by the pathologist as demonstrating "smoldering myeloma", a quiescent variant of the more usual multiple myeloma. The fireman submitted a Labor and Industries claim for disability alleging inhalation of fire smoke caused the myeloma. After reviewing his record and searching the medical literature I was able to tell the defense attorney that there is a statistically valid association between firefighting and the development of myeloma, but that in this case, "smoldering myeloma" is considered a pre-cancer, had caused no damage, and may remain quiescent for the remainder of the fireman's life. I stated that the claim for damages was pre-mature, but may be filed again in the future should his "smoldering myeloma" progress to a more active form. The case was dismissed by the state Labor and Industry Disability Board.

Case # 5: A radiologist missed an area of increased density on a 40 year old woman's routine mammogram. One year later the woman had a repeat mammogram by another radiologist who noted an area of suspicious increased density. Biopsy of the area was positive for invasive ductal cell cancer and further evaluation showed no distal spread of the tumor. After ascertaining from the second radiologist that the borders of this mass were indistinct on both the initial and follow-up mammograms and that he could not ascertain a numerical size for the cancer on either mammogram I reported to the plaintiff's attorney that although there was clear cut negligence on the part of the first radiologist by virtue of a delay in diagnosis there was no evidence that the cancer grew or spread between mammograms and therefore there was no basis for claiming damages. The plaintiff's attorney withdrew the filed complaint.

Case # 6: A 60 year old Hanford nuclear reservation employee was tested for prostate cancer at the time of an annual physical exam with a PSA blood test that was markedly elevated. A prostate biopsy was positive for prostatic cancer. The employee sued his employer claiming that in his employment he was exposed for years to radioactive material that caused his prostate cancer. After reviewing the case I was able to inform the defense attorney that there was nothing in the medical literature that supported the claimants notion that his level of radiation exposure caused a significant number of prostate cancers. In addition I gave him the information that prostate cancer, for reasons we don't understand, is the commonest cancer of older men, increases in frequency with age being found in 50% or more of men of age 60 or older and was a better explanation for this man's prostate cancer than radiation exposure. The suite was withdrawn.

Chart reviews can be brief and inexpensive as some of these cases illustrate, or detailed and exhaustive, but all should be tailored to the needs of the plaintiff's or defenses counsel.

"For the physician to grow a cosmetic injectable practice, both a variety of products as well as a mastery of technique are key ingredients in the recipe for success. If one had to choose between variety and technique, I believe that it is the technique that will ultimately provide desired results and thus create many happy return visits from patients. Repeat business is the goal.