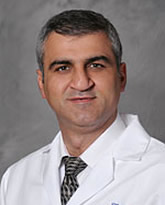 As Originally Published by The Oncologist, January 2011.

Abstract The primary management of hydatidiform moles remains surgical evacuation followed by human chorionic gonadotropin level monitoring. Although suction dilatation and evacuation is the most frequent technique for molar evacuation, hysterectomy is a viable option in older patients who do not wish to preserve fertility. Despite advances in chemotherapy regimens for treating malignant gestational trophoblastic neoplasia, hysterectomy and other extirpative procedures continue to play a role in the management of patients with both lowrisk and high-risk gestational trophoblastic neoplasia. Primary hysterectomy can reduce the amount of chemotherapy required to treat low-risk disease, whereas surgical resections, including hysterectomy, pulmonary resections, and other extirpative procedures, can be invaluable for treating highly selected patients with persistent, drug-resistant disease. Radiation therapy is also often incorporated into the multimodality therapy of patients with high-risk metastatic disease. This review discusses the indications for and the role of surgical interventions during the management of women with hydatidiform moles and malignant gestational trophoblastic neoplasia and reviews the use of radiation therapy in the treatment of women with malignant gestational trophoblastic neoplasia. The Oncologist 2010;15: 593-600

Hydatidiform moles and malignant gestational trophoblastic neoplasia (GTN) are recognized as relatively uncommon, but potentially devastating, diseases occurring in women of reproductive age. Primary management of hydatidiform moles includes surgical evacuation coupled with close monitoring of serial human chorionic gonadotropin (hCG) values. In patients with malignant GTN, surgery was initially recognized as effective only in the treatment of a few women with nonmetastatic choriocarcinoma or postmolar GTN. Malignant GTN was usually a rapidly progressing lethal malignancy until Li et al. [1] reported the first complete and sustained remission using chemotherapy in a patient with metastatic choriocarcinoma who was successfully treated with methotrexate. Although surgery has assumed a lesser role in the management of malignant GTN, selected surgical procedures remain important in the treatment of individual patients. Radiation therapy has been used to control disease in the central nervous system (CNS), liver, and rarely, at other sites.

Dilatation and suction evacuation (D&E) is the preferred technique of molar evacuation. Various other methods include medical induction of labor, hysterotomy, and hysterectomy.

Induction of labor for molar pregnancy termination can be achieved by the use of prostaglandins with or without the addition of oxytocin. Oxytocin is used if the pregnancy is 14 weeks' gestation because of the lower amount of oxytocin receptors before this gestational age [2, 3]. Laminaria may be used to assist in cervical ripening. There has been reluctance to recommend labor induction for molar evacuation because of the theoretical risk for trophoblastic deportation and embolization during uterine contractions that might result in distant metastasis.

Tidy and associates retrospectively compared different methods of molar evacuation, reporting that medical induction was associated with higher rates of chemotherapy for postmolar GTN [4]. They attributed this effect to higher rates of incomplete evacuation than with suction D&E. Additionally, Schlaerth et al. [5] reported that the rates of significant hemorrhage and incomplete evacuation were higher after induction of labor than after D&E. Furthermore, all but one of their patients ultimately required suction D&E after induction of labor to complete the evacuation [6]. However, when Flam et al. [7] reviewed the prognostic factors influencing postmolar GTN, they reported that uterine size was more important than the mode of molar evacuation. 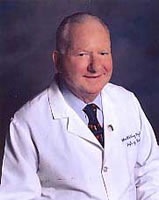