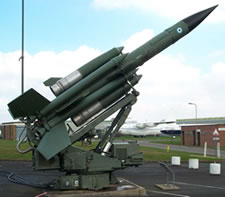 Missile Defense defends and protects our nation, our deployed military forces and our allies against current and future proliferating missile threats from hostile countries and entities. It dissuades nuclear proliferation and provides extended deterrence. As an enabler for peace, missile defense helps foster stability in the crisis regions of the world; particularly the Middle East and Southeast Asia. Missile defense reassures our allies and enhances our ties with our friends.

Missile defense is built on twenty-seven years of research and investment directed by the last five U.S. Presidents including President Obama. Program funding is a delicate balance between procurement, research, development, operations and sustainment. In the FY 2012 President's Budget, missile defense accounts for 1.6 percent of the total DoD budget; $8.6 billion requested for MDA and $1.3 billion for the U.S. Army Patriot System and other DoD missile defense efforts. The President's FY11-15 spending plan is $2.6 billion less then what he presented last year. Every missile defense system can become more effective, more efficient and less costly for the taxpayer with focused priority, development, testing and modernization.

The U.S. homeland is defended by the Ground-based Midcourse Defense System (GMD) comprised of thirty Ground-Based Interceptors (GBI) stationed in Alaska and California, with satellite/sensor/radar architecture and command/control headquartered in Colorado Springs. GMD is the only system the U.S. has to defeat and destroy intercontinental ballistic missiles (ICBM). First deployed in 2006, the system is expected to be fully operational until 2032. The lack of a firm commitment to modernize and sustain all of the GBIs and full completion of the sensor/architecture facing East and West is of concern. The development of additional GBI capabilities to defend against Iranian ICBM deployment prior to 2020 is needed.

U.S. Pacific and Central Command assets are currently protected by two deployed missile defense systems: the Navy's Aegis Ballistic Missile Defense (BMD) and the Army's Patriot Air and Missile Defense systems. The demand for these systems is driven by the overwhelming proliferation of short- and medium-range ballistic missile threats in the respective regions. Regional missile defense will be greatly enhanced by the planned deployment of forward based X-band radars and the Terminal High Altitude Area Defense (THAAD) system. THAAD, Aegis BMD and Patriot will form a robust layered and integrated ballistic missile defense shield in the region. Unfortunately, not enough of these components are being procured and deployed to protect U.S. forces and reduce the threat of theater ballistic missiles in these regions.

Japan is the strongest international partner teaming up with the U.S. to jointly develop and deploy missile defense systems. These include the AN/TPY-2 radar, Patriot PAC-3, Standard Missile-3 (SM-3) variations and the Japanese Navy's Kongo-class BMD-capable ships. There are twenty-two other nations, including Israel, cooperating with the U.S. on the development and deployment of missile defense. The European Phased Adaptive Approach (EPAA) is President Obama's four phased plan to defend our deployed forces and European allies against medium- and long- range ballistic missile threats from Iran. The critical components of the EPAA are the forward-based X-band radars, Aegis Ashore sites, the SM-3 Block IIA interceptor, upgraded Aegis BMD systems, Aegis BMD ships on station and the advanced SM-3 Block IIB interceptor. Meeting EPAA deployment timelines will be difficult because of technical and funding challenges.

The continued evolution in the quantity, sophistication and location of the ballistic missile threat will continue to drive future requirements for missile defense. Systems that do not modernize are likely to become ineffective after ten years. Future missile defense systems must provide more technical efficiency and be more cost-effective. Boost-phase missile defense capability, space-based surveillance tracking from birth-to-death are key needs that must be met in order to handle the threat evolution. Key future technologies will include directed energy, the use of remote vehicles, more capable kill vehicles and significantly better integration and interoperability within our military and between the U.S. and our allies. More research and development funding is needed in order to meet the future requirements of missile defense.

The Voice of the American People

Today's missile, rocket, and mortar threats to our armed forces deployed throughout the middle East are severe and growing.

The United States Navy is the strongest proponent for the global missile defense mission amongst the branches of the U.S. military. Out of the Navy's core missions only the attack air strike and strategic nuclear capability does not involve missile defense.