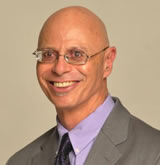 Just Who Is At Risk? The Ethics of Environmental Regulation

As originally published by Human and Experimental Toxicology, 2010.

The willingness to view risk as part of daily life has vanished. A risk-averse mindset among environmental regulators engenders confusion between the ethics of intention and the ethics of consequence, leading to the elevation of the precautionary principle with unintended and often unfortunate outcomes. Environmental risk assessment is conservative, but the actual level of conservatism cannot be determined. High-end exposure assumptions and current toxicity criteria from the USEPA, based on linear extrapolation for carcinogens and default uncertainty factors for systemic toxicants, obscure the degree of conservatism in risk assessments. Ideally, one could choose a percentile of the target population to include within environmental standards, but this choice is complicated by the food, pharmaceutical and advertising industries, whose activities, inadvertent or not, often promote maladaptive and unhealthy lifestyle choices. There has lately been much discussion about background exposures and disease processes and their potential to increase the risk from environmental chemicals. Should these background exposures or disease processes, especially those associated with maladaptive individual choices, be included as part of a regulatory risk evaluation? A significant ethical question is whether environmental regulation should protect those pursuing a self-destructive lifestyle that may add to or synergize with otherwise innocuous environmental exposures. Choosing a target percentile of protection would provide an increased level of transparency and the flexibility to choose a higher or lower percentile if such a choice is warranted. Transparency and flexibility will lead to more responsive environmental regulation that balances protection of public health and the stewardship of societal resources.

The ethics of environmental regulation

Theories of ethics and society

On the other hand, teleological ethics is expressed as utilitarianism that supportsmaterial benefit (e.g.,money, pleasure, food, survival) as an appropriate end. In Leviathan, Thomas Hobbes opines that utilitarianism requires that man accede to a sovereign authority. Individual utilitarianism gives every man or woman the license to possess everything in the world, thus leading to conflict and lives that are 'solitary, poor, nasty, brutish and short.' In Hobbes' view of this social contract, man gives up individual utilitarianism for that of the society.5

In Two Treatises of Government, John Locke echoes some of Hobbes' ideas, except that he believes that human nature is based more on reason and tolerance than on selfishness. Every man or woman has a right to defend his life, health, liberty and possessions, but consents in other areas to the will of a sovereign authority. Locke's ideas had a profound influence on the thinking of the founders of the United States, and the democratic society of the United States is a clear example of a civil society ruled by an elected sovereign whose authority depends on the consent of the governed.6

While Locke championed the individual, Jean- Jacques Rousseau conceived the idea of a 'general will' in which an individual puts aside his own will or egoism in favor of the collective social interest. In The Social Contract or Principles of Political Right, Rousseau developed the idea of the social contract. This idea can be summarized as follows: each of us puts his person and all his power in common under the supreme direction of the general will and in a body we receive each member as an indivisible part of the whole.7

The philosophy of utilitarianism is generally credited to Jeremy Bentham, who, in his Introduction to Principles and Morals of Legislation, attempted to relate the functioning of government to moral and ethical principles. Bentham wished to create a code of law based on the principle of utilitarianism, the embrace of policies that would produce 'the greatest happiness for the greatest number.'8

Utilitarianism and utilitarian ethics are based on the idea that the moral worth of an action is solely related to its contribution to the overall 'good.' It is an obvious application of teleological ethics. Following Bentham, John Stuart Mill furthered the development of utilitarianism, arguing in his short work Utilitarianism that cultural, intellectual and spiritual pleasures are of greater value than hedonic or physical pleasures and the sole reason that a member of a civilized society can be brought to compliance against his or her will by the power of the government is to prevent harm to others.9,10

While there are strong arguments for teleological ethics, and while utilitarianism forms the basis of modern decision theory and decision analysis, the ultimate expression of utilitarianism is that the moral worth of an action is solely determined by its consequences or, put simply, the end justifies the means. Those with a deontological bent may believe that the position of the end justifying the means is not a moral position because the acts needed to achieve these ends are immoral (e.g., war, torture).

The ethical basis of environmental regulation

In general, utilitarianism or teleological ethics provides the basis of environmental regulation - there is no intrinsic common good in setting an environmental regulation, such as a maximum contaminant level (MCL) in drinking water, at a particular level; instead, the common good arises from the protection inherent in the regulation - the consequent avoidance of human disease and the sustainability of the environment. This position is consistent with the principles of Hobbes, Locke, Rousseau, Bentham and Mills.5-10 Environmental standards are an expression of the utilitarianism inherent in the social contract - these standards seek to provide protection of public health without undue impact to the economic activities of the regulated community whose products and activities also increase the common good.

However, deontological ethics and teleological ethics have become woven together in a confusing and often inexplicable way to support risk-based environmental regulation. At first glance, risk-based environmental regulation seems to espouse teleological utilitarian ethics in an implicit fashion - often, the goal of this regulation is to seek a democratic balance between competing agendas using risk assessment as one of many sources of decision support information. However, many view the risk assessment process as excessively complex, antagonistic to strong environmental protection and fundamentally paternalistic because of the hidden assumptions that have the effect of disenfranchising stakeholders who lack sufficient expertise. A survey in the 1990s revealed that environmental groups were uniform in their disdain, disbelief and skepticism about the process of risk assessment, and risk assessment came to be seen as fundamentally undemocratic.11,12

Lack of expertise is not the only factor that drives the embrace of deontological ethics. Of likely greater influence is the uncertainty associated with risk assessment and the increasing risk aversion in modern society. Much of the conservatism inherent in risk assessment is based on this embrace of deontological ethics expressed by the precautionary principle that some find more appealing than the difficult task of balancing competing agendas in a way that attempts to be fair and democratic.

With regard to the setting of environmental regulations, if a regulatory agency chooses the 95th percentile of risk as the basis of a standard, then this choice implicitly expresses the ethics of consequence - that 796 Human and Experimental Toxicology 30(8) 5% of the population will experience a predicted risk greater than regulatory levels of concern and that this choice is appropriate. On the other hand, some might argue that the choice of the 95th percentile means that in actuality 100%of the population will be included in the standard because risk assessment is already a highly conservative process, and the choice of a high percentile implicitly expresses the ethics of intention.

Ted W. Simon, PhD, DABT, is an award winning Environmental Toxicologist and Scientist. His expertise is in toxicology, risk assessment, mathematical modeling, statistics, neuroscience, and environmental / ecological health issues. Dr. Simon has over 10 years of experience as a toxicologist employed by the Environmental Protection Agency (EPA). He served as EPA's senior toxicologist in the waste management division working on risk and soil cleanup.

The world of brownfield insurance (BI) was recently shocked to learn that AIG was non-renewing its site pollution liability (SPL) book of business. AIG's Pollution Legal Liability Select (PLLS) policy, issued in 1995, was environmental insurers' first response to the Brownfields Movement. It allowed them to modify previously restrictive and inflexible policies so that they could be used to facilitate transactions. The idea of the policy was that the insured would be able to "select" specific coverages out of a number of modules based on distinctions of time, location, and types of damage, for instance On Site Cleanup Costs due to Pre-Existing Pollution Conditions. However, in addition to this selection process, specific policies also need to be manuscripted or tailored to fit specific risks. They are negotiable contracts, and, as illustrated by most of the cases involving such policies over the last 10 or 15 years, need to be negotiated by coverage experts.

Legionnaires' Disease - Nothing Ironic At All

Dr. Vincent Conte of the Miami - Dade County Health Department said about the EPIC hotel Legionnaires' disease outbreak, "What's ironic is the hotel installed a special filtration system to enhance the quality of their drinking water."