Experience: Ms. Witt and her team have a total over 100 years experience in the Traffic Safety Industry. She has trained over 20,000 construction, maintenance, utility and law enforcement workers in the requirements nation wide and started out doing installation over 25 years ago. Ms. Witt then worked for the City of Overland Park, KS doing design, plan review, special events and in house training. 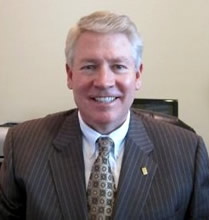 From Safeco Insurance Company, Mr. Burkett worked for Frank B. Hall & Company as a Vice President in charge of Risk Management Services. He was responsible for design and implementation of alternative insurance programs such as pools, self-insurance, and captives. From Frank B. Hall, Mr. Burkett assisted in establishing the Meadowbrook of Colorado office and focused on developing specialized group programs. Paul assisted in establishing TUITIONGard which specialized in coverage for private student loans provided through banks in the United States.

Mr. Burkett currently provides litigation support services to attorneys for both Plaintiff and Defense. He has been deposed and/or testified approximately 10 rimes in the last five years.

Virginia Rhodes, EdD has an extensive background in public schooling with over 35 years of experience in duty of care: teacher, principal, hiring, supervision, evaluation and instruction in K-12 settings. Her work in research, and as a school board member in a large district grounds her expertise in school policy and district and administrative function. As principal and policy-maker, Dr. Rhodes was known for her work in reclaiming failing high schools, including moving an Ohio high school from 8% passage on the state science test to 54.5% in 2 years, collaboratively, within a contractual environment. Dr. Rhodes provides expert witness research, reports & testimony for districts and law firms, representing both plaintiff and defense. Dr. Rhodes' services are available nationally and internationally, as she is culturally competent,traveling, presenting at conferences and observing schools. Previous cases have included student injury, & death, religious/race, disability discrimination, wrongful termination, sexual abuse, administrative supervision, teacher supervision, actions of paraprofessionals including teacher assistants, security guards, and school resource officers, as well as school evaluations & recommendations for domestic cases.

Areas of expertise include:

• Dr. Rhodes' Curriculum Vitae
7/17/2015 · Education & Schools
Kids In The Creek: Using STEM & Green Strategies to Transform Urban Schools
By: Dr. Virginia Rhodes
What does it take to improve science performance in an inner-city high school? Could a science "immersion" strategy change motivation and interest in science? How can we meet a key strategic goal of our urban district: "All students graduate and are prepared for postsecondary education, successful careers and productive citizenship."
Read Article
6/16/2015 · Education & Schools
Teaching Hiring For Collaboration In Urban Schools: Team Task Interviews for STEM Teacher Candidates
By: Dr. Virginia Rhodes
Creative professionals in team-based work settings value work communications skills among their colleagues. As public schools create professional learning communities and experiment with teacher-led curriculum and program development, traditional interview processes may prove inadequate for these new collaborative environments. New and creative selection models may be needed to enable teacher or other professional teams to choose candidates with the 21st century skills needed for success. In public sector environments, work rules are often highly developed and professionals are entitled to interview. Qualifications, training, experience and seniority as determinants often get reduced to transfer rights using seniority as the main or only criteria. This trend detracts from creating a competitive environment in which to attract & retain a high-quality teaching staff. Solutions can be found within existing contract parameters, however, if the attributes necessary to teach 21st Century skills are actually required to be demonstrated, not just described, in the interview process.
Read Article
5/18/2015 · Education & Schools
Using De Facto Learning Theory To Understand Urban School Mobility
By: Dr. Virginia Rhodes
"All children can learn," is a catchphrase currently making the rounds in education circles, particularly in staff development activities (Pankratz & Petroski, 2003). De facto learning theory challenges the underlying assumptions of this phrase by examining how it is that learning in schools takes place. Using theoretical foundations of Dewey, Maslow, and Vygotsky, this essay will explore the fact that all children are, in fact, learning all the time, regardless of the actions of teachers, the content of the curriculum, or educational policy and practice.
Read Article
4/16/2015 · Education & Schools
Rigor Meets Social-Emotional Learning (SEL)
By: Dr. Virginia Rhodes
Critical to a dynamic STEM school is a high level of instructional rigor. While this is true in all STEM schools, it is a particular challenge in those programs that serve populations inexperienced with high levels of rigor in their previous coursework.
Read Article
3/10/2015 · Education & Schools
Urban School Myth Busted by Micro-Experiment: Do Teens Really Hate Healthy Foods?
By: Dr. Virginia Rhodes
OK, I did learn enough in 35 years of high school teaching, administration, and marriage to know one thing: The way to anyone's heart is through their stomach! Feed them, and they will come.
Read Article
7/8/2014 · Education & Schools
Using STEM & Green School Strategies With Urban Youth
By: Dr. Virginia Rhodes
Establishing a STEM High School (Science, Technology, Engineering, & Mathematics), and the Aiken Environmental, Ohio's first public environmental high school proved to be successful strategies to increase student engagement and raise standardized scores in science. High-poverty urban students from declining academic and disciplinary environments produced significant gains on science test results and credit attainment towards graduation. Using multiple overlapping rigor and SEL strategies, students experienced "science immersion," project-based learning, and a social-emotional curriculum that emphasized personal development and team/community-building skills.
Read Article 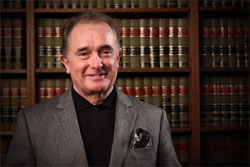 David W. O`Laughlin is an experienced, innovative leader in the world of Law Enforcement Training. Having been directly involved in the training of police officers for more than 35 years, he has obtained certifications in a multitude of disciplines and has become a Master Use of Force Instructor and Force Science Analyst.

As Director of Training for MPI, Mr. O'Laughlin oversees the development and implementation of all training programs and other interests produced by MPI. He is a certified expert in the Use of Force and is a recognized consultant in that discipline.

Litigation Support: David W. O'Laughlin provides expert incident analysis and testifies in both court and deposition in matters of police use of force, up to and including deadly force. His services are available to police agencies, insurance companies, and attorneys representing both plaintiff and defendant.

Prof. Makarand (Mark) Hastak, PhD, PE, CCP, CRIS, is the Professor and the Dernlan Family Head of Construction Engineering and Management as well as Professor of Civil Engineering at Purdue University. Dr. Hastak has been involved with the construction industry for the past 32 years providing his expertise through consulting, research, teaching, and service to the industry. He is a world renowned expert in the area of construction engineering and management including process improvement, disaster risk reduction, resilience and capacity building, infrastructure management, intelligent planning for the built environment, cost control, project management decision-making, risk management, and strategic planning. Dr. Hastak is a Professional Engineer (PE), a Construction Risk Insurance Specialist (CRIS), and a Certified Cost Professional (CCP). Prof. Hastak has worked on numerous projects sponsored by the Construction Industry Institute (CII), NSF, State DOTs, and City Agencies. He has authored over 200 publications on process improvement, project controls, capital rehabilitation planning, strategic planning, and decision-making. He has co-authored a widely used book on Infrastructure Planning, Engineering, and Economics (McGraw-Hill 2006 and 2015). Dr. Hastak served on the Education Board of the Association for Advancement of Cost Engineering (2004-2016). He was Editor for two AACE books, the Skills and Knowledge of Cost Engineering (6th Ed. 2015) and the CCP Certification Study Guide (2nd Ed. 2016). He was also the Editor-in-Chief of the ASCE Journal of Management in Engineering (2009-2016). Dr. Hastak has given over 40 keynotes and invited lectures around the world. As a prominent educator and consultant, he also engages in developing training material and workshops as well as regularly teaching professional courses for the A/E/C industry. His services include consultation, on-site investigation, data collection, assessment, and reporting. He has completed the 30-Hour OSHA Hazard Recognition Training for the Construction Industry

Dr. Hastak Lectures at the 2015 International Conference on Building Resilience

Litigation Support - Dr. Hastak offers expert witness services to attorneys representing both plaintiff and defendant. He has served as an Expert Witness on six cases since 2017 and was deposed on two plus one evidence deposition. His services include case reviews, written reports, depositions, arbitrations, and trial testimony as needed. 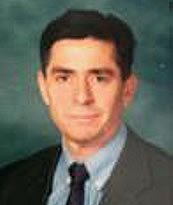 Brain Storms! Out of a Torrential Past Into a Triumphant Future