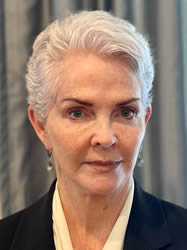 Recently, I volunteered to assist on an "Intersession." This is a spring experience where the Hughes STEM High School teachers in Cincinnati take all 1,000 kids from grades 7-12 out of the building, "out of the box," and blow their minds for a week. This involves 40 different venues where teacher and kids will do some heavy bonding while learning something new on an adventure out in the world. In our case, it meant new adventures for a student population of whom 88% of their families live in poverty.

When collaborating with the social studies teacher in charge, we knew that the 20 students that had signed up for our session would be way more interested if they knew a snack was coming in each of our prep sessions leading up to Intersession week. Our Intersession was an outdoor adventure in the nearby College Hill neighborhood to explore the history of the Abolitionists of the early and mid-1800's, and their work to support the Underground Railroad.

In the first week, just for introductions, we had no snacks. Energy was minimal, reminding me that our decision to serve them needed to be implemented immediately, not waiting for the big week.

The second week, I got in a hurry, and it being the week before Mardi Gras, I brought a King cake & donuts at the bakery that was on the way to school. There were donuts left over, but bottles of orange juice and water, got devoured. The kids, who had mostly ignored me the first week, lined up for donuts and the Baby Jesus in the cake, and gave me a polite "thanks. "

Ashamed of my admitted failure to deliver on our plan of a healthy snack, I brought better stuff next week. Students looked up and smiled when I entered this time. Out of time, as always, I had picked up "luncheables," the little packs of deli meat, cheese, & crackers from the grocery store. At least this would give everyone some protein, which I knew our kids were generally short on in the mornings. I decided to conduct a little experiment by buying a bag of fresh clementines, apples and grapes, along with a few tuna and chicken lunch kits, little boxes of raisins, and string cheese.

I also brought 3 different kinds of juice. Knowing that I've seen kids gulping down wild-colored sugar drinks for years, I brought a hot pink "juice drink," knowing that this bottle had hardly ever seen a drop of real juice, and a cranberry-white grape mix. I also got apple juice, but figured I'd end up taking that one home, because they'd think of it as a "baby drink."

That apple juice never made it home. Neither did the fruit, cookies, string cheese, tuna, nor chicken kits. Only one student wanted the raisins. Several students smiled, spoke to me and told me goodbye as they left that day. No one asked where the donuts were.

The 4th week, I brought apple juice, a few "luncheables," and big fresh bagels from a nearby shop, along with more apple juice. The bagels were an assortment, including jalapeno, cheddar, sesame & "everything," and there was a container of plain cream cheese and a sweet honey one. Two kids came up and asked me if I had any of the tuna & chicken kits, and were disappointed until I promised to get some for next time. The bagels were quickly scarfed, and the apple juice ran out, but nobody ate much of the honey cream cheese.

The kids talked and joked around with me like old friends, beginning to talk and ask questions about the topic they had been so lukewarm over at the beginning.

Our conclusion? Contrary to most of what we adults think, teenagers will eat healthy food, and will even choose it over sweets. When I left off the sweets, there was no rebellion or griping. My advice to both parents and educators: Eliminate the garbage that they have so told us they want, and just present a variety of healthy foods. If they're hungry, they'll eat it, and will likely do better in their classes and in keeping a more even social temperament.

Virginia Rhodes, EdD has an extensive background in Urban Public Schooling. She has over 35 years of experience in School Policy, Strategic Planning, Organizational Development, Administrative, Supervisory, Evaluation and Instruction in K-12 settings.

Creative professionals in team-based work settings value work communications skills among their colleagues. As public schools create professional learning communities and experiment with teacher-led curriculum and program development, traditional interview processes may prove inadequate for these new collaborative environments. New and creative selection models may be needed to enable teacher or other professional teams to choose candidates with the 21st century skills needed for success. In public sector environments, work rules are often highly developed and professionals are entitled to interview. Qualifications, training, experience and seniority as determinants often get reduced to transfer rights using seniority as the main or only criteria. This trend detracts from creating a competitive environment in which to attract & retain a high-quality teaching staff. Solutions can be found within existing contract parameters, however, if the attributes necessary to teach 21st Century skills are actually required to be demonstrated, not just described, in the interview process.

What does it take to improve science performance in an inner-city high school? Could a science "immersion" strategy change motivation and interest in science? How can we meet a key strategic goal of our urban district: "All students graduate and are prepared for postsecondary education, successful careers and productive citizenship."