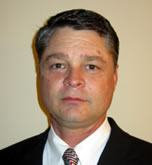 7/7/2015 · Security
Security Response to a Large Incident: How Much Is Too Much?
By: Roger Chappell
A report of shots fired at the Navy Yard in Washington, D. C. brought a huge response from law enforcement from all areas. The response was immediate and overwhelming. As it turns out, the report was false. The incident remains under investigation at the time of this writing.
Read Article

5/4/2015 · Police Practices & Procedures
Search Warrant or Consent to Search?
By: Roger Chappell
Not long after I promoted to sergeant, I was training in a patrol division. I was riding with another sergeant when we received a call from two patrol officers. They were at an apartment complex and had chased a male into an apartment. They requested a supervisor go by with them. So, as part of my training, we went.
Read Article

4/2/2015 · Police Practices & Procedures
Due Diligence and Eyewitness Identification
By: Roger Chappell
I have read a number of books, studies, and court cases in my career to support the fact that eyewitness identification, by itself, is never sufficient enough to send a person to prison. This is not news. Over the past 20 years, more and more people are being exonerated for violent crimes due to DNA . This article is not to rehash old arguments. Instead, it is more of a reminder to investigators everywhere to not finalize a case, charge a person, and send them to prison based solely on an eyewitness' identification.
Read Article

3/26/2015 · Law Enforcement
Law Enforcement: Responding to People in Mental Health Crisis
By: Roger Chappell
During my 22-year law enforcement career, I became involved in countless situations in which I personally dealt with people in mental health crisis. My first incident involved a Hispanic male armed with a pistol. I learned a significant amount from that single incident: so much, in fact, that I made the decision to join the Houston Police Department's Hostage Negotiation Team. The techniques I have learned over the years can be applicable to almost anyone, at any time, in just about any situation. In the following paragraphs, I will recount a few incidents in which I was involved and discuss the techniques used to end each the situation safely. Understand that this is not a specific "how-to guide" that may be applied to every situation. Instead, the use of these techniques will simply allow a person that becomes aware of a certain situation - to be able to attempt to stabilize the incident prior to first responders' arrival.
Read Article