Identifying the Source of a Power Surge

Is it possible to differentiate between lightning related surges and artificially generated electrical surges?

A power surge is a condition where there are voltage variations from normal levels (110 Volts for a single phase system). These variations can be caused naturally by events such as lightning or artificially by many different events, ranging from simple power interruptions to significantly more complex events such as harmonics on the power line. Both sources of surge can cause similar types of damage to equipment including: premature failure of motors, computer and communication equipment mis-operation (lockups), loss of equipment following a thunderstorm and other symptoms of failure.

There are subtle, but significant differences between the nature of damages caused by the two types of surge (artificially vs. naturally generated). The cause of these differences is related to surge magnitude and the duration of the surge. Magnitude refers to the amount of energy contained in the power surge, while duration refers to the amount of time the power surge was sustained.

Lightning-related surge has a significantly larger amount of energy (magnitude) compared to artificially generated surges. Despite the greater amount of energy, lightning lasts for a very short period of time (duration) when compared to many types of artificially generated surges. As a result, differences in magnitude and duration lead to different signs of damage.

Damage caused by lightning tends to be catastrophic and localized, while damage caused by artificially generated surges is less severe but more widespread. Due to these differences, the nature and extent of damage sustained by a piece of equipment could indicate the source of a power surge.

On the other hand, when the damage is localized and extensive such as blown components, as shown below, lightning becomes the primary suspect. Lightning is likely the cause when signs of damage indicate a surge with high magnitude, but without enough duration to cause widespread damage. In most cases, a visual inspection can provide significant information about the extent of damage.

In addition to the nature and extent of damage, the type and design of the damaged component can tell a great deal regarding the source of a power surge. Once the exact damaged component (or part) inside a piece of equipment is identified, one can use the information to identify the source of a surge. This is because lightning surges can be conducted (or induced) through any part that connects a piece of equipment to the outside world, including communication ports and power supplies, while an artificially generated power surge can only be conducted through the power supply.

For example, if equipment damages consist of failed modems, network cards, TV tuners or other non-power related components, then the damage is likely the result of lightning-related surge that would have been induced on the communication lines. Other forms of power surge could then be eliminated based on available information and other observations. On the other hand, if the damage is limited to power supplies or other power related components, then damage could be the result of either lightning or other forms of power surge.

The events that led up to the claimed equipment damage also provide significant information that can be used to identify the source of a power surge. A lightning related surge has to accompany a thunderstorm, and lightning would be in the area on the date and time of the loss. On the other hand, an artificially generated power surge is typically caused by an event that could either be inside or outside the insured's premises. Identifying the event that led to the loss is necessary to determine the exact cause and source of the power surge.

Answer: Yes; a thorough and detailed investigation of the nature and extent of damage sustained by a piece of equipment by a qualified person, can differentiate between lightning related surge and artificially generated surge.

Envista Forensics is a global leader in Forensic Engineering & Recovery Solutions. They provide Cause & Origin, Failure Analysis, Fire and Explosion Investigations, Accident Reconstruction, Damage Evaluations and Equipment Restoration Services following disasters of all kinds. Envista has offered Consulting Services to the insurance, legal and risk management industries as well as businesses, public entities, and universities for over 25 years. Their Experts travel globally from 30 offices located across the U.S., Canada, Mexico, the U.K., Australia, and Singapore.

Abstract — Severe weather events such as ice and tropical storms routinely cause extensive damage to electrical distribution systems. Much of the damage and service loss can be attributed to trees. Events where service restoration spans days or weeks are generally closely examined through regulator directed hearings. Even when no specific actions are subsequently

Abstract - For power transmission systems compliant with safety codes and reliability standards there remains a risk of tree-caused interruptions from the in-fall of trees from outside the right-of-way. This paper reports on the quantification of tree exposure outside National Grid’s transmission corridors and examines the variables impacting the risk of a line contact by trees 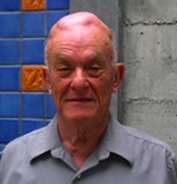 Ideas are stored in the human mind as a neural pattern. These same ideas can be stored in a computer through an organization of memory bits. In both cases the memory is electrical in nature. Ideas are transferred between people by converting the information in memory to electrical impulses that operate our vocal cords or the fingers on our computer keyboard.