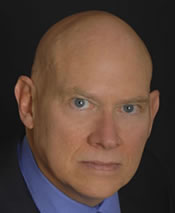 Protecting Your People & Your Posterior: What are the Standards for Creating Your Campus Emergency Plan?

As Originally published by NECUSA, Winter 2008

More than one-in-four U.S.residents are students, attending kindergarten through college. Most of these 75.8 million children, teenagers and adults-not counting faculty and staff members- are on campuses with written emergency plans.

Yet many plans expose them and their campuses to risk. According to the Government Accountability Office's 2007 report to Congress:

In addition, a 2005 national survey of school-based police officers for K-16 campuses found that 74 percent reported their campuses are inadequately prepared. The survey also uncovered:

Our firm's experience with public and private campuses supports these facts While well intentioned, the campus emergency plans we see are typically thin regarding:

How Can You Comply When There Are No Consistent Standards? There is no federal statute, regulation or standard requiring K- 16 campuses to create emergency response plans. Nor are there any state standards required of public or private K-16 campuses. Thankfully, 32 states require emergency plans for their public schools.

The U.S. Department of Education, Department of Homeland Security and Federal Emergency Management Agency have issued guidelines for campus emergency planning. Yet all are different. All are general. None are all hazards.

So, if there are no statutes, regulations, standards and consistent guidelines, you can write a campus emergency plan without worrying about compliance issues, right?

Yet almost all campus emergency plans are aimed at students and ignore employees thereby violating federal law. How do you think that will play with grieving family members, trustees and jurors when an emergency strikes?

2. NFPA 1600 (National Fire Protection Association) is identified by Congress as the national standard for creating, training and exercising all hazards emergency response plans. NFPA 1600 is a robust and comprehensive standard for the continuum from Emergency Response to Disaster Recovery to Continuity of Operations. It is a "should" and not a "shall." More about this in a minute.

3. Juries are the ultimate standard. I've served as an expert consultant for both plaintiff and defendant in front-page lawsuits where people were killed by fires. The issues include failure to plan and failure to train.

When you're the defendant, your planning and training will be scrutinized in your deposition and trial testimony. You may never get to trial because your attorneys will advise a settlement. They'll say, "We can't let you testify that you didn't plan or train to the all hazards standard and federal law because it wasn't in the budget or it took teachers away from classrooms. Jurors believe you're mandated to keep children and employees safe."

So, while NFPA 1600 is a "should," in the hands of litigators facing a jury, it's really a "shall." Add OSHA regulations and you have a formidable set of compliance issues that you must meet to survive the legal crisis that follows an emergency.

Emergency planning for 75.8 million students and corresponding faculty and personnel is a huge undertaking. Given today's threats, our campuses are not prepared. While there are no campus-specific federal laws, regulations or standards, campus emergency planners must pay strict attention to OSHA regulations and NFPA 1600. Ultimately, a jury will be the defining standard against which you and your campus will be held.

Code Compliance for Advanced Technology Facilities : A Comprehensive Guide for Semiconductor and Other Hazardous Occupancies

World Wide Rave: Creating Triggers that Get Millions of People to Spread Your Ideas and Share Your Stories