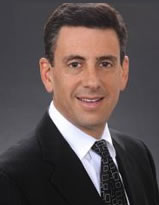 Royalty auditing is a niche service that has exploded in popularity over the last 20 years. The primary purpose of a royalty audit is to test whether a licensee has complied with a license agreement or statutory requirement. The royalty auditor is hired by an intellectual property owner (aka, licensor) or minerals owner to inspect the books and records of a licensee primarily to determine if usage-based monetary amounts have been paid as contractually required. In addition to monetary damage calculations, most royalty audits examine for breach of contract in a wide variety of areas, such as intellectual property protection, record keeping, distribution channels, and permitted usage.

A royalty audit is not a financial statement audit. On a monetary level, the royalty auditor is attempting to discover the unknown, eventually leading to the preparation of economic damage calculations for underreporting or other monetary contract violations. With a financial statement audit, the auditor often is concerned with the over-reporting of revenues, whereas the royalty auditor is concerned about the under-reporting of revenues. Royalties are paid for a variety of resource or property usages, such as minerals, patents, copyrights, and trademarks. Royalties are paid in every industry and can be a lump sum, variable royalty, or combination of both. A royalty audit focuses on variable royalties. Estimates of annual royalty payments are in excess of $1 trillion dollars. Depending on the industry, Big 4 firms have reported that royalty audits commonly disclose under-reporting in excess of 10%, with the highest percentage monetary under-reporting from trademark royalty audits and the lowest from regulated pharmaceuticals.

Many states have regulations regarding the use of the word auditor. Generally, state regulations indicate that only a CPA may present themselves to the public as an auditor. Further, there is a perception that an auditor's work is, by definition, independent.

To help avoid confusion, when conducting a royalty audit, the CPA should refer to himself or herself as a royalty auditor and not just an auditor. The language of being a royalty auditor should be presented with language identifying the standard or standards under which the work is being performed, namely either under AICPA Statements on Standards for Attestation Engagements (SSAEs) or the much more common AICPA Statement on Standards for Consulting Services (SSCS) No. 1, Consulting Services: Definitions and Standards (AICPA, Professional Standards, CS sec. 100), which do not require independence.

INDEPENDENT AUDITOR REQUIREMENTS IN A CONTRACT

PERFORMING A ROYALTY AUDIT UNDER ATTESTATION STANDARDS AS AN INDEPENDENT AUDITOR

SSAEs procedures for royalty audits will not be discussed in this article due to their complexity.

Royalty audits are almost always conducted under SSCS No. 1, which defines the services as follows: "Advisory services, in which the practitioner's function is to develop findings, conclusions, and recommendations for client consideration and decision making."

The AICPA general standards of the accounting profession are contained in the "General Standards Rule" (AICPA, Professional Standards, ET secs. 1.300.001 and 2.300.001), as follows:

The AICPA general consulting standards promulgated to address the distinctive nature of consulting services established under the "Compliance With Standards Rule" (AICPA, Professional Standards, ET secs. 1.310.001 and 2.310.001) are as follows:

The "Sufficient Relevant Data" standard states the following: "Obtain sufficient relevant data to afford a reasonable basis for conclusions or recommendations in relation to any professional services performed."

The royalty auditor must gain sufficient relevant data to make a competent damages computation. Too often, the royalty auditor incorrectly considers only data beneficial for his or her client and ignores data beneficial to the thirdparty licensee being audited. It is the royalty auditor's obligation to ensure all relevant data is considered and to try not to increase damages in a biased manner. Bias can be observed when the CPA is working to satisfy the needs of the client while sacrificing professional requirements.

Under SSCS No. 1, the royalty auditor should not blindly accept the client's definition of an agreement because to do so could be a lack of professional skepticism. If there is a difference about a contract's interpretation, it would be appropriate to present findings or damages using opposing sides' interpretations of the royalty agreement; however, this is not a requirement. In this process, the royalty auditor should avoid making what appears to be a legal conclusion.

The "Planning and Supervision" standard requires adequate planning. Adequate planning would necessitate gaining an understanding from the licensor on the interpretation of the contract. Further, although not required, planning often is documented in a work plan and, at a minimum, there should be planning documented in the working papers.

The AICPA, under AU-C230, describes due professional care. This description is geared primarily towards auditors performing independent audit work; however, the definitions also are applicable to understand due professional care for work performed under consulting standards. The AICPA states the following:

An auditor should possess "the degree of skill commonly possessed" by other auditors and should exercise it with "reasonable care and diligence."

Exercising due professional care includes professional responsibilities such as adequate planning, and gaining an understanding of the contract that is the subject of the royalty audit during the planning phase and throughout the course of the engagement.

This standard requires the royalty auditor to establish with the client a written or oral understanding of the nature, scope, and limitations of the services to be performed.

Although not required, this is best accomplished with a written engagement letter. Other forms of communication, such as emails, also are acceptable. The auditor should not wait for the report to be issued before communicating the nature, scope, and limitations of the engagement.

The "Communication With the Client" standard is best followed by issuing a report; however, there are instances when a royalty agreement states that no report shall be issued and further limits communications to only a damages amount. In such an instance, the royalty auditor should document in his or her working papers that both the licensor client and licensee require that a report not be issued, only a damages amount.

Sidney P. Blum, CPA, CFE, CPEA, CFF has over 30 years of professional experience in the areas of Forensic Accounting, Intellectual Property Economic Damages, Royalty Audits, and General Economic Damages. Prior to leading SRR's West Coast Litigation Support Practice and the National Royalty & Contract Audit Practice, Mr. Blum served as Chief Audit Officer at Beats Electronics, approximately nine years as an accounting firm Partner including five as a Big 4 Partner, and in-house experience with Fortune 50 companies Occidental Petroleum, Unocal, and the Walt Disney Company where he was a member of the internal audit departments. While with Ernst & Young, he led fraud and forensic investigations nationally for their internal audit practice.

When a client voiced strong suspicions that her soon-to-be ex-husband was hiding assets, her attorney investigated the claim but found nothing amiss. However, he hired a forensic accounting expert to help ensure his client would receive an equitable share of the marital estate. The expert turned up a trunkload of hidden treasure - undeclared cash income and property "stashed" under the names of the husband's mother and siblings.

The US Court of Appeals for the Ninth Circuit has opened the door significantly wider for those who wish to pursue qui tam False Claims Act suits by reversing a dismissal of two such matters. Ruling en banc in United States ex rel. Hartpence v. Kinetic Concepts, Inc., the Ninth Circuit has removed a prior restriction that any prior public disclosure must have originated from the whistleblower as well.

Similar to the mid to late 1990's, medical practice management today has begun to be dominated by mergers, affiliations, and other external strategic initiatives aimed, ideally, at enhancing economic potential and performance within a rapidly-changing industry landscape.