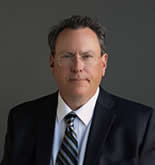 "If you don't know where you are going, you will probably end up somewhere else.", so said Laurence J. Peter, a professor at the University of Southern California whose works touched the business world. (He is well known for the "Peter Principal".) Peter's above quote essentially points out that action lacking a clear objective will likely lead to unwanted or unintended consequences.

Businesses goals of profits, growth, and increased/maintained market share are some of the significant elements of profitable business. These elements have known consequences, for example allowing accounts receivables to linger will likely result in reduced cash flow or ignoring business development will likely result in reduced volume of future work. But some business functions can lead to unintended consequences, safety for example.

But wait, the unintended consequences may not yet end here. A wrongful death claim may be filed against the general contractor (and possibly others on site). Worker's compensation laws generally bar employees from suing their employers for work related injury/fatality but there no such protections against law suits aimed at others on site exist, for example the general contractor.

But wait, there are other potential unintended consequences. Publicity. OSHA issues press releases of its citations naming the companies/businesses cited. Future clients read the paper, what will they think about your business safety practices?

But wait once again. Say you are a business with multiple work sites around the state/country. If OSHA believes serious hazards found at one site likely exist at your other work sites (due to your work safety practices at one site) it may decide to inspect your other work sites. What will your clients for whom you are performing services think of OSHA inspections taking place on their sites due to your presence?

But wait there is more. Say your business receives a citation for a hazard and say you negotiate and resolve the matter. You are pleased and move on. But if you receive another citation for a substantially similar violation fines can reach up to $70,000; For a single none complying condition because it is a "repeat" violation.

If the foregoing sounds tangled, messy and unpleasant you are correct. After all you just want to run a business. What is the likelihood of any or all of the above occurring? Hard to tell and attempts to forecast their likelihood are neither predictable nor wise. But remember Laurence J. Peter's saying, "If you don't know where you are going, you will probably end up somewhere else."

Know where you want to go. Know what needs be done and do it. Proactive steps include sound safety training programs on topics relevant to the work crews handle, a written safety program combined with periodic training (include both crew and managers), conduct JSA/JHA (Job Safety Analysis/ Job Hazard Analysis) with employees (again, crew and managers) and if subcontractors are involved get them involved too. Have a plan. It takes a little time and effort. A sound safety program strongly supported by top management makes a big difference in leading you to where you want to be rather than somewhere else.

Greg Gerganoff, ASP, CSP, Esq., is an OSHA / MSHA Safety field and compliance expert with experience in the heavy construction, oil and gas, mining, pipeline, and trenching and excavation industries.

"Ignorance of Safety, or No Ostrich Zone."

In the safety world hazard recognition plays a vital role in keeping your people safe from unsafe behaviors and/or conditions. Some hazards are easily recognized, for example an employee climbing up a 20 foot ladder with tools held in both hands. (This is a fall hazard by the way.) Common sense right? The safety guy who taught me safety had a great response to this attitude, "Few people have any sense (read knowledge) in common (read shared alike)". So while some safety hazards are immediately recognizable others require training to spot and avoid. Training is a key method in avoiding the "Ostrich Zone". One such hazard is Hydrogen Sulfide. You don't want to bury your head facing this hazard. (Won't do much good anyway, Hydrogen Sulfide is heavier then air!)

Portable Generator Safety: Let There Be Light! But Be Safe About It

Electricity is a vital source of energy in our daily lives. It powers tools, provides light and heat. Our working lives are much improved and efficiency greatly increased thanks to electricity. But what about those situations where power from the grid is unavailable. Well, portable generators are an excellent tool for such a scenario.

When personal injury events occur legal negligence actions may arise. Common law negligence is established by plaintiff showing defendant owed plaintiff a legal duty, to conform to a standard of care, defendant breached that duty, plaintiff suffered injury and there is a causal relationship between the breach and injury. FN 1 But what sources of standard of care proofs are available? How does a litigant go about proving standard of care?