Principal, Clinton J. Ford, MS, ACA, CGC, CIAQM, CIE, CMR, CRMI, is a former Continuing Education Sponsor for the Florida Construction Licensing Board and has been a licensed Florida Certified General Contractor since 1981. He has many years of construction experience on projects ranging from $5,000 to $50,000,000 and has been providing consulting and expert witness work for both construction and environmental issues since 1994.

Mr. Ford has obtained both field experience and education in the following four distinct but often related disciplines of Construction, Environmental, Real Estate and Insurance, and holds many titles and over thirty years of construction experience with twenty-five years as a State Certified General Contractor.

Over the years Mr. Ford has combined his extensive construction knowledge with cause and origin of water intrusion and environmental issues offering an exceptional understanding of Building Science and its relationship to contamination from biological agents such as toxic mold, mycotoxins, bacteria and endotoxin’s. 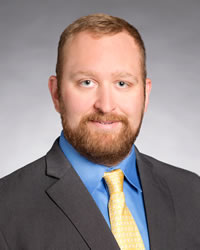 Concurrently with BECG, Mr. Bellan has serves as Manager of Industrial Hygiene at Louisiana State University where he oversees the industrial hygiene program for the flagship campus.

David Wilshaw, MS, PG has over 35 years of international experience in Engineering Geology, Geotechnics, Engineering Geophysics, Hydrogeology and Geo-Environmental Assessments. He is licensed as a Professional Geologist in California, Florida, Pennsylvania and Tennessee. Mr. Wilshaw is also a Chartered Geologist and Fellow of the Geological Society of London in the United Kingdom.

Over a long career, Mr. Wilshaw has provided geological, geotechnical & geo-environmental expertise for residential, commercial & retail development, public buildings and infrastructure, open pit and underground mining reclamation, power plants, roads, railroads and ports. He has extensive experience in pre-construction geohazard and contaminated land assessment. He has been the statutory Professional Geologist pursuant to s.627.707 Florida Statutes for more than 850 sinkhole insurance claims and he is a certified Neutral Evaluator (under s.627.7074 Florida Statutes).

ENTOX, Inc. was established in 1999 to provide the best possible consulting services to those in need of Insecticide Toxicology and Environmental Toxicology analysis. ENTOX provides technical consulting on all types of:

Specializing in Insecticide Toxicology and Environmental Toxicology, he has been on the faculty at Iowa State University since 1978 and served as Department Chairman for seven years.

Dr. Coats’ research program includes two main areas: (1) insect toxicology and (2) environmental toxicology and environmental chemistry of Agrochemicals. His research in the insect toxicology area is focused primarily on natural products as insecticides and insect repellents, including investigations of their spectrum of activity, mechanisms of action, metabolism, synthesis of biorational derivatives and analogs, and quantitative structure-activity relationships.

Dr. Coats' 200 scientific publications include 10 books, 7 review articles, 40 book chapters, and over 140 peer-reviewed journal articles; he also holds 9 patents. He has received the International Award for Research in Agrochemicals from the American Chemical Society Agrochemical Division, and he is a Fellow of the American Association for the Advancement of Science, and a Fellow of the Entomological Society of America. Dr. Coats recently received the Alumni Achievement Award from the University of Illinois College of Liberal Arts and Sciences.

View Dr. Coats' Expert Witness Profile.
• Dr. Coats' Curriculum Vitae
• Technical Consulting
• Areas of Specialization
Biopesticides: State of the Art and Future Opportunities (ACS Symposium Series)
Joel R. Coats, et al. (editors)
Resistance to conventional pesticides has been growing rapidly among all pests. Furthermore, there is increased public concern about the safety of conventional pesticides, and increased governmental restrictions have resulted in the need to identify new compounds that are safe and effective in controlling pests that are of concern to agriculture as well as to public and animal health. Biopesticides may aid in the control of such pests with fewer deleterious effects to the environment, people and animals.
Pest Management with Natural Products (ACS Symposium Series)
Joel R. Coats, et al. (editors)
This volume and the contributed chapters therein are a result of the Natural Products for Pest Management symposium held at the 244th ACS National Meeting in Philadelphia, PA August 19-23, 2012 to honor the late Horace (Hank) Cutler and his contributions in the field of natural products chemistry. The symposium introduced recent discoveries and applications of natural products from insect, terrestrial plant, microbial, and synthetic sources for the management of insects, weeds, plant pathogenic microbes, and nematodes.
Environmental Fate and Effects of Pesticides (Acs Symposium Series)
Joel R. Coats, et al. (editors)
The third of three volumes based on the 2nd Pan-Pacific Conference on Pesticide Chemistry, this book examines metabolism and residue analysis methods of environmental pesticides.
Bioremediation through Rhizosphere Technology (Acs Symposium Series)
Joel R. Coats, et al. (editors)
The first compilation of research on microbial degradation of contaminants in the rhizosphere. Discusses the interactions between microorganisms, plants, and chemicals in the rhizosphere. Examines the degradation of industrial chemicals, including polycyclic aromatic hydrocarbons, pentachlorophenol, and trichloroethylene, as well as the degradation of pesticides in the rhizosphere.
Enhanced Biodegradation of Pesticides in the Environment (Acs Symposium Series)
Joel R. Coats, et al. (editors)
This new volume offers comprehensive information on microbial adaptation for pesticide degradation. Among the many topics covered in its 20 chapters are a general description of enhanced biodegradation as it occurs in an agricultural context; the microbial aspects of enhanced biodegradation, including the genetics, biochemistry, and ecology of pesticide-degrading microorganisms; and the potential impact of enhanced degradation on pesticide fate in aquatic systems and groundwater. 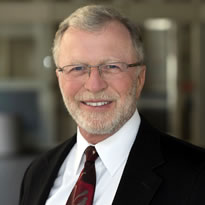 Philip T. Tringale, PhD, PE is a registered Professional Civil Engineer with over 25 years of Environmental Consulting experience. Dr. Tringale has served in senior technical and management positions throughout his thirty year professional career. With experience gained from a start-up consulting firm as well as from well-established engineering companies, he continues to focus his energies on leading technical projects and overseeing technical and geographic expansion activities.

As a registered professional engineer, Dr. Tringale has directed numerous site assessments and remediation programs involving soil and groundwater contaminated primarily by organic solvents, metals, and petroleum products. He has particular expertise in site characterization and in the use of in-situ testing to evaluate soil properties. Dr. Tringale has provided final design for remedial actions that involve excavation, containment, bioremediation, vacuum extraction, monitoring, and groundwater treatment. 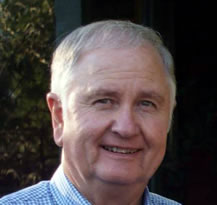 Mr. Montgomery has been certified in key Incident Command System positions at all incident complexity levels and served as Type 1 and 2 Incident Commander for 16 years on many of the nation's most complex wildland fire incidents. During his many years of services, he has held many positions, including command, operations, logistics, and finance.

Dr. Stainken is a national expert in Environmental Toxicology & Ecological Research on the transport, fate and effect of pollutants, and in quality assurance in government and industry.

Areas of Expertise:
• Read More About the Princeton Somerset Group 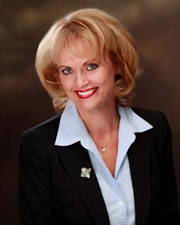 Robin D. Franks, PG, CHMM, RSO has over 25 years of relevant industry experience as a professional Geoscientist / Geologist and Certified Hazardous Materials Manager. Ms. Franks has been the President, Founding Principal, and Managing Director of TGE Resources, Inc., for over 19 years. Her specialties include Real Property Assessment and Characterization, Clean-up, and Closure in the commercial, industrial, oil and gas, and healthcare industries.

Consulting Services Include:Ms. Franks has been actively involved in more than 35 "merger/acquisition" projects encompassing over 750 sites nationwide. As senior Technical Advisor, she has been involved in thousands of real property investigations, many of which have involved remediation/closure projects within Texas and throughout the United States.

Ms. Franks is a professional lecturer who delivers presentations and instruction throughout the United States.