Dr. Adams is a member of the American Association of Legal Nurse Consultants (AALNC) and enrolled in the Certified Legal Nurse Consultant Certification (CLNC) Program. As a Certified Registered Nurse Anesthetist (CRNA) in the capacity of a legal nurse consultant (LNC), she is willing to work on behalf of plaintiffs, defendants, and to testify in deposition or in person at trial.  With her board experience and doctoral degree, she has the capability to perform medical research.

In August 1996, Dr. Adams received a Master in Nurse Anesthesia degree with extensive didactic and clinical experience from the University of Alabama at Birmingham Graduate School. She has knowledgeable in anatomy, physiology, pathophysiology, chemistry, physics, biochemistry, and pharmacology as they relate to anesthesia. With over 24 years of experience as a CRNA clinical practitioner, Ms. Adams is competent with a variety of anesthetic agents and techniques for numerous types of surgical and obstetrical procedures, both general and regional anesthesia, IV sedation, and monitored anesthesia care.

Dr. Adams possesses the skills necessary to deliver anesthesia care to patients of all ages, including infant, pediatric, adolescent, adult, and geriatric population. With several years of highly responsible clinical experience in the military, numerous critical care capacities, level 1 trauma facilities, and excellent training in nurse anesthesia, I can contribute to your organization.

Litigation Support - Dr. Adams is available to extend her anesthesia clinical experience as a consultant and an expert witness. Her services include medical record review for standard of care, thorough reporting, depositions, and trial testimony as needed. Cases have been related to (but not limited to) the following surgical procedures: 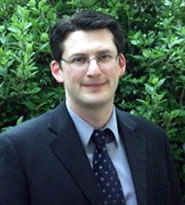 Todd Finnerty, Psy.D. is a Psychologist in Columbus, Ohio and an expert on Psychological Impairment Assessment and Disability Claims. Dr. Finnerty has been licensed as a psychologist since 2003, and is currently in active clinical practice providing Cognitive Behavioral Therapy (particularly for insomnia). Dr. Finnerty offers both forensic and treatment services in-person and telehealth examinations.

Dr. Finnerty has experience reviewing the medical records of military treatment facilities after the suicide of their service members to determine whether the standard of care was met during the treatment. He provides disability evaluations and independent medical opinions for veterans (has worked with VES and QTC in the past contracting with the VA), and psychotherapy and psychological assessment (including validity testing) using Cognitive-Behavioral Therapy and other evidence-based approaches.

Since 2002, Dr. Lowery passion is to educate, empower and provide hope to individuals that deal with Catastrosphic Health Impairments by educating them on how to live a better quality of life due to poor health care conditions, which will address social, cultural and behavioral barriers across all diverse populations.

Note: Please see below or website for more expertise areas.

Military Experts, LLC is a consulting firm that advises attorneys nationwide on military issues including accession, promotion, retention, and compensation (active, reserve, and retired pay and benefits). Founded in 2011, Military Experts, LLC employs a diverse team of recognized military leaders from each branch of the military who have served at the highest levels of their military services and understand the military issues and service-specific nuances involved in each case.

Military Experts, LLC helps attorneys understand, quantify, and explain the impact an injury has had on a service member’s career. Their experts employ a reliable, fact-based methodology and independent judgment honed over decades of military experience to advise attorneys representing plaintiffs or defendants in civil litigation across the country.

Military Experts, LLC advise their attorney clients as either consulting or testifying experts. They have the knowledge and experience to properly advise attorney clients on the impact an individual’s military service has on their case – and the credibility to explain those impacts to a finder of fact. Each case is different, but the process and methodology are the same:

Hon. Dennis M. McCarthy, LtGen, USMC (Ret) is a Principal in Military Experts, LLC. He began his Marine Corps service as a platoon leader in Vietnam, and completed it as Commander of Marine Forces Reserve, having led that force for four years during the Corps’ largest reserve mobilization in history. He retired in 2005 as the Marine Corps' senior Lieutenant General with over 40 years of active and reserve service.

After completing his service in uniform, he was Executive Director of the Reserve Officers Association of the United States, a 60,000 member professional association in Washington, D.C.  In 2009, he was nominated by President Obama and confirmed by the Senate to be an Assistant Secretary of Defense. As Assistant Secretary of Defense, he was responsible for policy development and execution for over one million members of the National Guard and Reserves of all services. He was also responsible for the activities of the National Committee for Employer Support of Guard and Reserve, a Department of Defense entity tasked with establishing and maintaining positive relationships with the nation’s large and small employers whose support is so essential to members of the Guard and Reserve.

In 2013-2014, Dennis was appointed by the President to the National Commission on the Structure of the Air Force, where he served as its Chair. From 1978 to 1999 while serving in the Marine Corps Reserve, Dennis was a civil trial lawyer in Columbus, Ohio and was managing partner of his own firm.  He was Board Certified by the National Board of Trial Advocacy; an Adjunct Faculty member at Capital University Law School;  a leader in state and national legal organizations; and a frequent CLE lecturer and contributor. 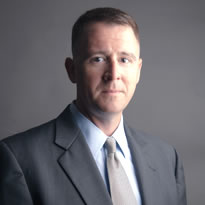 Michael D. McCarthy, is a Principal in Military Experts, LLC. Mike is an expert on matters relating to military compensation and the disability evaluation system. Mike is a career Marine Corps officer with over 20 years of active and reserve service.  He has served in both command and staff assignments in the United States and abroad, including a tour as the Military Legislative Assistant to the Chairman of the House Intelligence Committee.  Mike has served as a member of multiple Marine Corps promotion boards, as well as the Secretary of the Navy’s Marine Corps Reserve Policy Board.  He is a graduate of the Eisenhower School for National Security and Resource Strategy, the Marine Corps’ Command and Staff College, and the Amphibious Warfare School.

Mike’s military training and experiences, as well as his experience as an attorney in private practice, give him unique insight and a superior ability not only to assess the ground-truth of a situation and to provide sound counsel to his clients, but also the credibility to effectively testify to his findings. Mike is admitted to practice law in Ohio and the District of Columbia.

The New Rules of Sales and Service:...

Heart Failure in Children and Young...