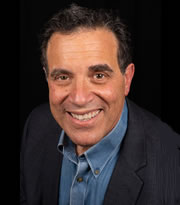 Adam Bercovici has almost 40 years of experience in the Police and Security field. Mr. Bercovici spent 30 of those years with the LAPD, 20 as a supervisor and manager. He is currently a retired LAPD lieutenant and former security company CEO.

Since 2012, Mr. Bercovici has worked as a licensed private investigator and subject matter expert and consultant in areas of Police Practices and Complex Police Investigations. His clients have included major law firms, insurance companies and corporations.

In the entertainment industry, Mr. Bercovici has been an on-air talent, producer, and script and story consultant.  He was the Co-Talent on The History Channel Series JFK Declassified-Tracking Oswald. He is currently the Technical Consultant for the ABC Network series Stumptown. His cases have appeared in the Los Angeles Times, and on the CBS Network.

Litigation Support: Adam Bercovici splits his work between defense and plaintiff. He has been retained by major civil rights firms, major municipalities and their legal counsel, plaintiff attorneys, city attorneys, and criminal defense attorneys. Mr. Bercovici accepts work based on the merits of the individual case.