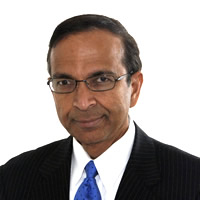 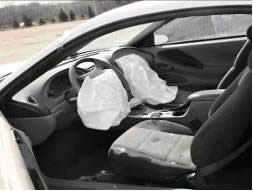 Airbags in modern automobiles have been around for many years and their record in improving occupant safety in crashes is generally well accepted. However, many questions still arise regarding their deployment and performance in crashes. Some of these questions and the underlying issues, as well as statistical analyses of accident data are presented in this note.

In order to consider these claims, it is necessary to understand the engineering principles governing airbag deployment and performance. A brief and highly generalized overview is presented below. Due to the multiple types and configurations of sensors, airbags, and control units in the field, specific statements will require detailed accident analysis.

How Do Airbags Work? It is not generally understood that a vehicle's structure is the most important factor in making deployment versus non-deployment decisions. In a crash, the vehicle's structure experiences high deceleration (or acceleration) as the vehicle's velocity changes rapidly. Sensors attached to structural components (such as floor, pillars, etc) measure these responses and transmit them as electrical signals to a central control unit. This unit compares the gathered data to pre-programmed information and decides whether deployment is required. If deployment criteria are met, an electrical signal is sent to the inflator unit which ignites the propellants. The gas thus generated inflates the airbag. For frontal or lateral impacts, the bags remain inflated for a fraction of a second. For rollover airbags, the duration can be several seconds.

Front crash sensors are usually accelerometers attached to the vehicle's floor underneath the front seat(s). In many vehicles, the sensor and the control unit are integrated into one box referred to as a 'sensing and diagnostic module'. Some automobiles also incorporate additional forward sensor(s) that are attached to structural members underneath the hood and closer to the front end of the vehicle. These additional sensors are intended to detect localized impacts. Sensors for side airbags also are generally accelerometers that measure the lateral response at the attachment location. The sensors for determining imminent rollovers are often angular velocity or gyroscopic sensors, usually mounted on the vehicle floor near the center of gravity.

Airbags cannot be designed independently. They need to be integral part of the entire automobile's design. Retrofit or aftermarket airbags may not provide the safety benefits. If necessary, stolen or cosmetically (only) damaged airbag units must be replaced in their entirety by identical unit from the same manufacturer for the same vehicle only after engineering confirmation that the repaired vehicle-airbag system will perform properly.

Since an airbag deploys only once and stays inflated for a very short duration, it is important that its deployment take place only when significant benefits are likely and that these be maximized in airbag-to-occupant interactions. The governing principles for vehicle-airbag integrated design are the following:

Bag's shape, volume, gas pressure and the rate of inflation are determined to a large extent by Federal Motor Vehicle Safety Standards as well as by other high-speed crash test regimen and ratings systems, such as the frontal and lateral NCAP tests by NHTSA and the frontal offset crash test and the side impact test conducted by the IIHS. In general, the higher the test speed at which airbag-equipped cars have to meet high-ratings requirements, the faster the required inflation speed of the bag ('faster deployed') and the higher is the total inflation pressure ('stiffer' bag).

Curtain airbags are designed to improve containment of the occupants inside the vehicle, reducing the likelihood of contacting injury-producing surfaces outside the vehicle.

These principles pose many engineering challenges because automobile manufacturers must design their products for occupants of all ages, all sizes and myriad different biometric properties. They also have to take into account the fact that occupants of an automobile may be wearing seatbelts or be unbelted and at the moment of crash, may be seated properly or in some unusual position. Most of the occupant biometric data is not unavailable in airbag deployment calculations and these decisions have to be based only on the data from the sensors.

Some of the reasons for deployment-related concerns may be the expectation that airbags will be deployed in all 'severe crashes', combined with a belief that visible damage to a vehicle is an indicator of crash severity. Other reasons for deployment-related concerns may arise from the existing accident reconstruction techniques of reporting the estimated 'ΔV at the vehicle's center of gravity' (which is defined as the change in the vehicle's speed during the crash) as the measure of the severity of in-plane crashes (rollovers are not considered to be in-plane). Since some publications have tried to establish statistical relationships between ΔV and occupants' injuries, expectations may exist that 'high ΔV' means a 'high severity crash' and vice versa.

The questions of interest are the following - Is ΔV the proper measure of a vehicle's crash severity? Should it be used as the deciding factor in airbag deployment decisions?

Crash Severity Definition: A definition of 'average' accident severity requires that both the ΔV and the time during which this ΔV occurs be defined. As an example, in a crash of an automobile into a rigid barrier at 56 kilometers/hour, the maximum ΔV (the sum of the initial velocity and the maximum rebound velocity) occurs at 70 milliseconds in the figure shown here. But, if the same vehicle had impacted a softer impact surface (such as a sand bank), the time to maximum ΔV would have been longer and the injuries to occupants probably much less. Thus, ΔV by itself is not a unique or complete measure of a vehicle's crash severity.

Published Research on Crash Severity, ΔV and Deployments: Let us examine some cases where better measures of crash parameters were available. A detailed study of

airbag deployments and the role of ΔV has been published (Verma et al, "A Study of US Crash Statistics from Automated Crash Notification Data", Paper 07-0058, ESV Conference, 2007) and some results from this are described below. Shown in Figure 1 are the maximum values of ΔV for frontal crashes where airbags were deployed. It is seen from this figure that airbag deployments occur over a wide range of maximum ΔV. Also reported in the above paper were ΔV values for crashes where the airbag did not deploy but the ΔV reached a specified threshold (Figure 2). It may be observed that the ΔV values were as high as 75 kilometers/hour in some non-deployment cases.

In order to relate these data to an average measure of crash severity, the ΔV was combined with the time information as shown in Figure 3. With this, each crash may be defined by an 'average deceleration' which is the slope of the line connecting the data point in Figure 3 to the 'time zero' on the x-axis. When an analysis of each individual case (one point in the plot) was conducted, it was observed that they all met the 'must deploy' criteria that had been established from crash tests. A similar evaluation of the non-deployment cases of Figure 2 has shown that none of the 'must deploy' criteria were found to have been violated in these cases although ΔV itself may have been high.

Results from analysis of the National Automotive Sampling System - Crashworthiness Data System ('NASS-CDS') for the year 2008 are shown in Figure 4. The present analysis includes only vehicles with airbags and only cases with known ΔV. Cases of vehicle rollover and rear impacts were excluded. For the first curve in Figure 4 (shown as a continuous line) the plot of airbag deployment ratio was obtained by dividing 'the estimated number of cases where the airbag was

deployed' by 'the total number of crashes in that range of ΔV'. It is observed that the lower the ΔV of the vehicle in the crash, the smaller the percentage of airbags deployed. As an example, for crashes with estimated ΔV in the range of 11- 20 kilometers/hour, airbags were deployed in only 44% of the cases.

The second curve in Figure 4 is of the ratio 'the number of crashes in the delta-V range' to the 'total number of estimated crashes'. It is observed that more than 50% of the estimated crashes have ΔV in the range of 11 to 20 kilometers/hour.

Analysis Of Airbag Operation In A Crash

Two aspects must be considered in deciding whether an airbag performed properly during a crash - its reliability as a system and its performance in occupant protection.

1. Reliability: Airbags and other occupant protection systems must have the highest possible degree of reliability. Such reliability is also implicit in US laws for crashworthiness (FMVSS) in the form of requirements that all sold vehicles pass mandated performance criteria. The reliability of a system is the product of the reliability of each constituent. Some of the constituents of 'airbag as a system' are:

Additional factors may need to be evaluated for specific vehicles, such as the presence of multiple stages in airbags, operation of tethers, function of seat position sensors, suppression systems for child occupants, etc.

2. Performance: This implies that the airbag will optimize occupant protection when deployed. Airbags are 'supplemental restraints' and provide optimum safety benefit when the vehicle occupants properly wear seatbelts. The enhanced occupant protection from airbags comes from several factors:

Multiple other factors (e.g. occupant posture, seat location and recline, openings such as sunroofs and side windows etc) may also affect airbag performance and need to be examined when evaluating specific cases.

Dr. Mukul Verma is a well-known expert in Automobile Safety and Crashworthiness, Vehicle Structures, Product Design, and Statistical Analyses of Traffic Trends and Regulations . He has worked in many engineering and management positions at a major automobile manufacturer including assignments in R&D, vehicle design, analysis and testing and engineering program management.

Many of our fundamental and commonly-held beliefs are invalid because they were derived, often haphazardly, from a blur of intuition, superstition, history, tradition and circumstance rarely subjected to scientific scrutiny. Before the inventions of artificial light and mechanical clocks, being awake during daylight and asleep during darkness were survival necessities - lest one be devoured by predators or stumble into a pit.

In crashes between two automobiles, it is generally assumed that the lighter vehicle will suffer more damage and that its occupants will suffer higher levels of injury.

Every year, there are approximately 6000 fatalities (6227 in the year 2018) and many more serious injuries to pedestrians and bicyclists from vehicles in the USA. More recent data1 show that these numbers have increased by 45% since 2009. These trends have varied over the years but injuries and fatalities to pedestrians and cyclists from automobiles remain a serious issue.