For almost thirty years, bank regulators have operated under the Too Big To Fail (TBTF) Doctrine, whereby insolvent large banks are treated differently than insolvent community banks by keeping the large banks open and closing the community banks. Now is the time to do away with TBTF once and for all.

The TBTF Doctrine has its roots in the nationalization concept, which has been a hot topic of discussion in this banking crisis. The financial community and the public generally have become obsessed with the notion that 'nationalizing' some of the nation's biggest banks might/might not be the panacea for the current problems facing the nation's financial system.

'Nationalization' means different things to different people. To some, it signals a call to socialism and an expectation of perpetual government ownership and management of the nation's banks. To others, it can be a temporary take-over of America's largest banks. Some believe that it already happened when former Secretary Paulson convened a meeting of the CEOs of the nine largest banks in his office last autumn and told them that they would accept billions in government money in exchange for equity stakes in their respective institutions.

The roots of American bank nationalization dates back to 1791 (when the Bank of the United States was created) or 1864 (with the passage of The National Bank Act) or 1913 (when the Federal Reserve System was established) or 1933 (when depositors received the comfort of government deposit insurance through the FDIC). The most relevant branch of this grew in 1984, when the FDIC took the first act under what has become known as the TBTF Doctrine by taking a significant ownership stake in Continental Illinois National Bank in Chicago.

The essential problems with the TBTF Doctrine are two-fold. First, it allows the largest banks in the country to take risks that are so complex (or sophisticated some big banks might say) that they are not understood by their primary regulators and in many cases, senior management or Directors. If the risks do play out as the bankers and regulators anticipate, the government will be left shouldering the losses. The notion that the Treasury Department is making the use of a stress test as a key element of its bank rescue plan illustrates the point. Stress tests should be essential elements of any ongoing managerial or regulatory evaluation of investment and loan portfolios.

The second problem is that the TBTF Doctrine is fundamentally unfair to community banks. Large insolvent banks that are TBTF are kept open with government funds, while community banks that are insolvent are closed and resolved by the FDIC. Because the TBTF Doctrine grants unique benefits to the largest banks that community banks do not share, the FDIC insurance premiums that the largest banks pay do not reflect this additional protection. Instead, the deposit insurance premium scale has universal applicability. Community banks, most of which did not engage in irresponsible behavior that contributed to the current banking crisis, are required to pay premiums to the same extent as the money center banks, many of which have been bailed out by the government.

By treating the nation's largest banks as TBTF, the government does not provide any additional comfort to the depositors who already have FDIC insurance. Instead, the TBTF Doctrine protects shareholders, non-depositor creditors and counter-parties. Shareholders who should have voted their shares to elect a competent directorate or vote by selling their shares are rewarded for their lethargy. Creditors and counter-parties who failed to evaluate properly their risks face no adverse consequences.

Now is the time to correct this once and for all. The Treasury should make the elimination of TBTF a part of its bailout package and should identify those banks that it considers TBTF. Treasury should then control the growth of those banks, specifically restrict their risky practices, supplement regulatory oversight of them and demand enhanced reporting by them. These burdens should not be extended to community or regional banks that are neither considered to be TBTF nor engaged in what has proven to be inappropriate conduct. Congress can play a role in the elimination of TBTF by enacting legislation to reduce the nationwide deposit cap, establish asset size limitations for banks' on- and off-balance sheet assets, and cap the size of counter-party transactions. The health of the U.S. financial system should never again be at the mercy of TBTF institutions. These steps will ensure that it never will.

Catherine A. Ghiglieri is the former Texas Banking Commissioner and is President of Ghiglieri & Company based in Austin, Texas. She is co-founder of The Bank Directors' College which provides training to bank directors

The Tangled Web of Enforcement Actions

By: Catherine A. Ghiglieri

As more and more banks are being downgraded to a problem bank status in this difficult economic environment, they are facing the prospect of a regulatory enforcement action. 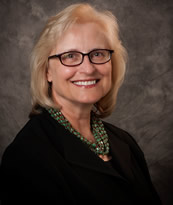 Directors in community banks are usually picked for two reasons: their expertise and their ability to bring business into the bank. Upon taking their places at the board tables, however, directors immediately learn that while bringing business into their bank is a laudable goal, they also have to ensure that their bank operates in a safe and sound manner. Directors, thus, walk a fine line between these two goals.

In and during the period 2000 through approximately mid 2008, for many of the nation's "subprime" households to receive loans and for many major financial institutions to loan out available funds at high rates, create "new" mortgage products, sell these newly created products downstream to investors (both institutional and individual investors) at a significant profit, investments banks and commercial banks created an unusual national scenario – subprime mortgages that were packaged and sold into mortgage backed securities