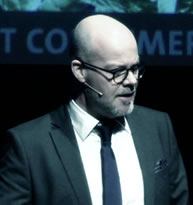 Consumer Brand Confusion: When Might Consumers Confuse One Brand for Another?

One common disgruntlement brands have against other brands is similarity. In the courts, brands argue that another brand is too similar, and that this causes confusion whereby consumers may believe there is an affiliation between the brands. In the US it is called misappropriation. In the UK and Australia, it is called ‘passing-off’. The source of disgruntlement usually boils down to lost revenue from intellectual property infringement.

I have been involved in several matters involving passing off, including international brands extending into new territory. Common amongst all of them is determining how likely it is that a consumer will confuse one brand as being another, when the confusion might occur, and why. In this article I outline some of the important factors relevant to determining the extent of consumer confusion in the context of passing off and misappropriation.

It is important to note at the outset that the extent of decision ‘involvement’ influences the likelihood of confusion. Involvement is a person's perceived relevance of a product based on inherent needs, values, and interests. For example, buying a car is high involvement, requiring considerable thought. In contrast, buying a bag of apples is low involvement, requiring much less consideration. Consumers are more likely to engage in “routine response behavior” or “limited decision making” when making low-involvement purchase decisions, and therefore the scope for confusion is greater with low involvement purchase decisions. Routine response behavior is a tendency to make automatic purchase decisions based on limited information.

Also relevant is the strength of the brand, determined by brand recognition and recall, and whether the type of product is a ‘search’ or ‘experience’ good. But rather than dwell on these specific factors I will skip to the cognitive factors that are likely to influence consumer confusion.

The source of confusion for consumers is usually related to their tendency to make shortcuts and ease the purchase task. In general, people are averse to processing information, and will tend to use ‘heuristics’ to ease decision making. It is accepted in modern psychology that people’s decision making is often inaccurate and suboptimal because of heuristics. Thus, it is the heuristics used by consumers when decision-making that leads to consumer confusion, particularly in the context of attributing one brand as being affiliated to another.

The following describes some of the more relevant heuristics that should be considered when making judgements on brand confusion.

The first issue to be addressed is the similarity of core brand elements in total. Brands are comprised of several elements including typeface, colors, shapes, sound, symbols. The more similar the brand elements are in total, the greater the likelihood of confusion. Some brands may argue unfair similarity because of simple alliterative elements, but this is seldom sufficient. Confusion is more likely to occur when several brand elements are the same or similar, because consumers will tend to average out the similarities.

Cognitive dissonance theory suggests that a person’s attitude and behaviour are synchronised, and therefore someone is more (or less) likely to carry out a behavior if they have a positive (or negative) attitude towards the behavior. For example, if someone has expended effort towards achieving a goal, then they will tend to justify (rationalize) that effort by persuading themselves that the effort was not in vain. This demotivates the person from changing their course of action. Thus, if a consumer realizes late in the purchase decision making process that the brands are not affiliated, contrary to their initial beliefs, they are more likely to persevere with the purchase than backtrack and start again with the originally intended brand.

Memory is an imperfect archive of our experience. It is widely recognized in the scientific literature that human memory is not an exact reproduction of past experiences, but is instead an imperfect process that is prone to various kinds of errors and distortions. Memories when recalled may be disrupted, with some facts missing or distorted, or in extreme cases falsified and fabricated. For example, one popular form of memory error known as “Gist-based” memory error occurs when people falsely recall or recognize a word, picture or other item that is either perceptually or conceptually related to a previously encountered item. People fail to recollect specific details of the item and instead remember general information or the gist of what happened from when they encountered it previously.

These are some of the issues that are usually relevant in legal matters of passing off and misattribution, where the legal team argues that a consumer would (or would not) confuse two brands. Of course, it is always better to be unique – brand disgruntlements are not uncommon. Though, as I advise my clients, perhaps the best reason for being unique is related to long term business success. The strongest brands build strong, unique, and favorable associations. The weakest brands copy others.

Disclaimer: I reserve the right to alter my opinions, and any opinions expressed in this article should not be construed as advice.

Dr. Brent Coker is an Online Consumer Psychologist. With a PhD in Electronic Commerce ("Predicting Internet Purchase Intention"), Dr. Coker's research focusses on consumer behavior within the realm of psychology, digital business models, and marketing. He currently teaches Digital Marketing and Digital Business Models at the University of Melbourne. 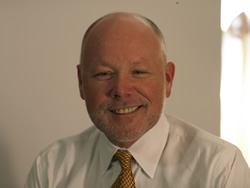 Brand Identification: Be Smart, Be Simple

Today's world is cluttered with messages. In this enviromnent, Rob Wallace urges simplicity. Powerful brands cut through perceptional noise with a memorably iconic and minimalist approach to colors and symbols. Case studies amplify the principles he advocates, and a three-step process outlines specific criteria managers can use to build designs that are visually clean and engaging.

Based on our knowledge of and ability to analyze and value businesses, valuation professionals are uniquely positioned to provide valuable information to business owners and managers regarding the financial value of their brand assets. In other words, how a company's brand assets are contributing to the company's overall financial performance. This "Special Issue" of The Value Examiner is intended to kick-start the discussion on brand valuation by identifying the opportunities and challenges in completing brand valuation assignments for our clients.

Brand extensions are more than twice as likely to succeed as new brands. With mega-brands like Crest extending to more than 80 SKUs in the United States alone and over 300 products worldwide, today's brands are not just expanding-they are hyper-proliferating.