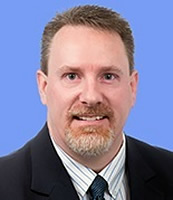 As originally published by American College of Radiology, 2011

This research focuses on morbidity-mortality reviews and internal outcome focus studies. Definitions are provided as well as a complete discussion of the ideal parameters to consider when constructing each of these. The implementation of the design characteristics used may be of assistance to a center pursuing achievement of these requirements toward accreditation to exemplify continuous quality improvement in external-beam radiation therapy. The article further provides the educational tools necessary for readers to mature expanded studies from it for advanced site-specific clinical analyses.

In the process of radiation oncology department accreditation, surveyors pay close attention to continuous quality improvement in the clinical section. There are 7 primary areas of attention in this clinical continuous quality improvement process, each supervised and orchestrated by the medical director, and are separate from the technical and scientific areas supervised by the Chief Medical Physicist. These include chart review, individual physician peer review, patient satisfaction surveys, new patient conferences, port film and image review, morbidity and mortality review, and finally a focused review of internal outcomes. Most of these objectives are routinely conducted at centers across the nation. However, morbidity, and mortality and internal outcome studies typically seem to be either absent or not well assembled at many. This occurrence becomes increasingly valid for standalone facilities and for those that have not gained reporting benefits from an affiliated hospital's Cancer Registry Department.

This research focuses on these latter 2 primary objective areas: morbidity and mortality reviews and focused reviews of internal outcomes. Definitions are provided as well as a complete discussion of the ideal parameters to consider when constructing each of these. The implementation of design characteristics used may be of assistance to a center pursuing continuous quality improvement in externalbeam radiation therapy, which is required for accreditation to be granted by ACRO or ACR-ASTRO. The article further provides the educational tools necessary for readers to mature expanded studies from it for advanced site-specific clinical analyses.

Morbidity (change in rate) and mortality (change in count) are generally analyzed in terms of indices, on the basis of the population of a metropolitan area from which a cancer center draws patients. Since the index for each changes from year to year, a rise or fall is directly related to the number of clinical presentations, the prognostic aim for treatment, the life span of each patient, and other such factors. These changes may be used by radiation oncologists to recognize patterns in overall patient clinical performance, clinical treatment regimens prescribed, and the rate of incidence of cancer in their area.Acensus is necessary to monitor patterns of population change in the referral region, which is specifically defined as the population in the associated metropolitan area [1]. Consequently, when reviewing indices for changes in morbidity and mortality, the population difference with respect to a baseline year must be incorporated. The number of occurrences in each category is equivalent to the counted number of patients treated, multiplied by a baseline weighting factor and then divided by the metropolitan population. One can make use of a scaling factor of 100,000 to be multiplied in afterward to reduce the complexity of the mathematics, because most metropolitan areas have populations on the order of hundreds of thousands. Rescaling the data changes the result to a population index, which is ideal for statistical tracking that is ongoing throughout the year and representative of results for each and every patient seen. The weighting value is determined from the first ever study conducted annually. It is found by dividing out the number of charts reviewed in that baseline year from the current yearly total number of charts reviewed. Although sampling of large sets of data does not provide the most precise results, it is the most timeefficient approach. Still, a valid census can be obtained and compared to prior years when the population variance is entirely removed. This is especially important for analyzing the morbidity-mortality index, because patient charts are typically sampled throughout the year at follow-up. For focus studies however, every patient chart is reviewed for tracking information at the time of chart closeout.

When dealing with morbidity-mortality indices, it is important to recognize which of 3 categories are being investigated explicitly. The survival morbidity-mortality index (SMMI) indicates cancer trends for increased patient death or life retention as a result of therapy at a center and within the community. It surveys only whether patients are alive or dead. The general morbidity- mortality index (GMMI) differentiates information between patients whose ultimate fates were alive or dead into further specific categories of curative or palliative intent. The prognostic morbidity-morbidity index(PMMI) sheds light on this information, but adds more complex details to indicate whether the disease is known, unknown or whether there were complications such as death occurring as a result of the presence of disease. An internal outcome focus study can be best described as an appendix of data for the PMMI. While separating data into the categories of curative and palliative intent, it indicates which specific site of treatment is common for completing treatment regimens. It details which patients of a certain cancer type complete treatment vs those found to be incomplete as a result of death or by decision of the patient, family, or physician to stop radiation therapy. These data are site specific, outcome specific, and tabulated with prognostic design. Each of the 3 indices as well as the internal outcome focus study is presented here.

Abstract-The medical community is advocating for progressive improvement in the design of implantable cardioverter-defibrillators and implantable pacemakers to accommodate elevations in dose limitation criteria.

We detail, derive and correct the technical use of the solid angle variable identified in formal guidance that relates skyshine calculations to dose-equivalent rate.

Recent improvements to the functionality and stability of implantable pacemakers and cardioverter-defibrillators involve changes that include efficient battery power consumption and radiation hardened electrical circuits. Manufacturers have also pursued MRI-compatibility for these devices