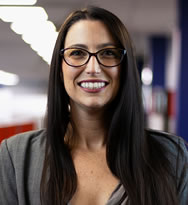 Four Reasons Why Healthcare is Expensive in America

As an American citizen, it seems to be common knowledge that healthcare in our nation is outrageously expensive. But why is this? In the United States, we see healthcare costs that are nearly double than compared to any other developed nation in the world. Despite our country being one of the most expensive as far as health care costs go, we only come in 37th place among healthcare systems, according to the World Health Organization.

We rank within the top 11 industrialized nations in healthcare. One would naturally assume that if we're paying the most for healthcare, we should be ranking at the very top for quality.
Why does the U.S. seemingly lack exceptional care, yet have outrageously expensive costs?

The High Price of Administration

The rising costs of prescription drugs seem to influence many people throughout America. So many other countries have specific agencies within their government to help with price negotiations with pharmaceutical businesses when releasing new drugs. However, the United States does not have any particular government agencies to deal with this.

The U.S. permits drug manufacturers to create their pricing. While placing regulations on pharmaceutical companies may seem like the natural solution to astronomical costs, it may not be that simple to do. The U.S. is a leader in the innovation of prescription drug treatments, and by regulating prices, we may see a declination in prescription drug development.

Healthcare professionals in the United States seem to perform higher-priced treatments than other countries do, at a much larger rate. A vast number of patients in the U.S. receive treatment from specialists, which results in higher fees than fees associated with primary care physicians. Specialists tend to earn a bigger paycheck, which affects costs for everyone. Providers in the U.S. tend to order procedures and tests with hefty price tags, more so than other providers in different countries do. A few of these expensive procedures include but are not limited to:

With such drastic differences in pricing and procedures performed, it's genuinely no wonder why healthcare in America is so high in comparison to other areas around the world.

Physicians in America generally make nearly double of fellow countries pay their general practitioners. Not only do American doctors make more money in the U.S., but so do nurses, technicians, and other staff members. Salaries are much higher here in America because of what it takes to become a healthcare professional here, as well as a significant shortage of doctors.

To become a physician, individuals must first complete a residency program – So many other countries don't require this to begin practicing medicine. Medical schools in the U.S. are limited, as are residency program openings. Many of the doctors in America today are part of the baby boomer generation. Baby boomers are retiring at this point in their lives - this helps contribute to the shortage of doctors.

Nursing staff requires several years in a college institution, thus creating a considerable expense as well. Our healthcare professionals are well-trained and well-taught, and therefore, need significantly higher salaries than other nations that may not require the same schooling.

Is Expensive Healthcare Worth it

The best thing America can do is try to increase healthcare price transparency. Having public prices on healthcare could mean a more competitive market.

It would also allow Americans to shop for doctors based on cost, which is excellent for those responsible for deductibles or coinsurances.

I don't know if our healthcare is worth the high costs, but the insurance is certainly worth the coverage.

Lindsay Malzone is the Medicare Consultant for MedicareFAQ. She has worked in the Medicare industry since 2017 and is featured in many publications as well as writing Medicare focused columns for other publications. 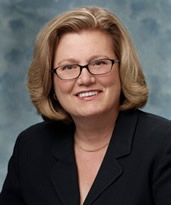 Coronavirus (COVID-19)Who's in Charge and What are They Doing About It?

This brief describes: Which government agencies and health care providers have power to act and what are those powers? Who controls testing and reporting results and who has the power to isolate individuals, impose quarantines and take other steps to mitigate the outbreak.

Regulatory hurdles prevent more hospitals from using e-health to its full potential. Federal and state policies and regulations on care rendered via technology from a remote site spin a tangled web for providers either engaged in e-health or who want to be. A February 2014 article in Health Affairs found strong associations between state policies and hospitals' adoption of e-health, also known as tele-health or telemedicine.

The Goldhaber Warnings Report: The U.S. Supreme Court ruling (March 5, Levine vs. Wyeth) will have major implications for the pharmaceutical industry forcing them literally to review all of their warnings and safety instructions for content, clarity and conspicuousness