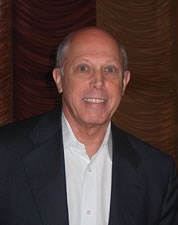 About 80% of all bladder cancer in the United States occurs in men over the age of 60 (Burin et al., 1995; Kryger et al., 1996). Several causes of bladder cancer in humans have been identified including cigarette smoke, which is responsible for approximately 50% of all bladder cancer, chronic bladder infection, catherization, pharmaceuticals such as phenacetin-containing analgesics, chlornaphazine and cyclophosphamide, and genotoxic chemicals including 2-naphthylamine and aromatic amines (Hartge et al., 1987; LaVecchia et al., 1999). In addition, a number of nongenotoxic chemicals that cause bladder calculi in rodents also cause bladder cancer in the same animals, but their carcinogenic risk to humans is under intensive debate (Huff, 2002).

A mechanistic hypothesis was formulated for the possible contribution of indomethacin to the carcinogenicity of nongenotoxic bladder carcinogens that form bladder stones.

Dr. Harry A. Milman, is an international authority in Toxicology, Carcinogenesis (e.g., cancer causation), Pharmacology, and Pharmacy Standard of Care with over 40 years experience at the US National Cancer Institute of the National Institutes of Health, the US Environmental Protection Agency, the US Public Health Service, and as a Consulting Toxicologist.