In reflecting upon our national supply of housing and the laws of economics, especially those associated with increasing costs, housing has become a more expensive component of household budgets over the past several decades. These increases, both in real and nominal terms, reflect a wide variety of influential forces including increasing prices for raw materials, increase costs of - infrastructure and utilities, increased ancillary costs of ownership, including real estate taxes, insurance and associated fees. When adding these increased costs to the increased technological costs associated with shelter, including smart wiring, extensive cable, more complex electronic components, and increased complex machinery, it is clearly no wonder that the costs associated with single family shelter have place an enlarged burden on many household budgets. Adding to the fact that suburban and ex-urban sprawl have continued to proliferate, thereby increasing transportation costs in most households, the true combined coots of housing have in many times been beyond the reach of the average American household.

To counteract the above forces, for both political and social economic reasons, two major forces have come into focus over the last generation. First, is the increasing reliance on cooperative and condominium housing. Here, a significant number of households are able to enjoy a large number of amenities they would be unable to afford if these amenities were constructed solely for their own usage. Items such as swimming pools, tennis courts, workout facilities, party rooms, and other auxiliary amenities normally reserved for the very wealthy of Newport Beach or Palm Beach are now sought and enjoyed by a significant number of modest wage earners. In addition to fostering the development and usage of jointly owned facilities based upon construction economics that can be built in a "highrise" mode, and constructed in areas in close proximity to employment centers; condominiums usually seek to limit excessive expenditures for dual income household transportation. A semi-luxury mid or high rise condominium constructed near the outskirts of a major developed metropolitan area can offer significantly increased lifestyle rewards as opposed to each of the condominium owners having a single family residence ten (10) miles further in suburbia.

Along with and in conjunction with the development of condominium housing it has been the desire of national authorities to contain mortgage rates for most moderate income households. The containment of these rates requires that the medium / long term rate levels be contained and/or new types of financing are constantly devised to potentially shift unaffordable housing into the realms of middle class affordability. While these goals are economically admirable the desire of the housing market do not operate in a vacuum. If housing was the only major economic concern or variable in the overall financial marketplace, then a wide variety of special functioning financial instruments when combined with proper tax incentives could shelter and segregate the housing market from the overall national financial marketplace. Since this is not possible, individuals of authority most act responsibly in regards to the other major components and segments of the overall marketplace including national expenditures, social security allocations, and our balance of internationals payments.

Unfortunately, for a significant number of individuals who earnestly seek to provide the best possible shelter for themselves and their families, the often incorrect economics to achieve political goals can have broad sweeping and negative influences. When a significant sector of the commodities market increases, namely petroleum and heating products to the average household, the affordability index for the ownership of residential dwellings changes, namely, it declines as potential owners have fewer dollars available to fulfill their shelter requirements. If this change was just a minor disruption in a long established trend, then it is more than equitable to dismiss this disruption and continue funding shelter along established lines. However, with significant increase in petroleum, insurance, and local taxes, those in a position of authority must act in regards to the economy as a whole and not a segmented sliver of society. In examining the economy as a whole, the pronounced and sustained expenditure of funds well in excess of collected revenues cannot be maintained. Significantly operating deficits that need to be funded via purchases of overseas third parties cannot be cast aside in favor of low interest rates to continually support a housing market not founded on financial fundamentals for political objectives.

When one combines a significant deficit in our balance of trade, the situation usually grows and at a negative exponential rate. Here, additional dollars flow into non-American hands adding pressure to decrease the value of the United States dollar. By combining low interest rates to foster a favorable affordability index with ongoing negative operating budgets, a potentially disastrous healthcare and retirement system, along with sustained purchases from abroad, a formula for financial trouble is assured. Those who purchased real estate in order to enhance their own financial futures and that of their households could be labeled "innocent bystanders" in a world awash in continuing declining dollars. The instruments to hide the fact that our nation was operating under the guise of political economics as opposed to prudent economics could not shield the real estate market from bearing its burden of the brunt forever.

In order to foster the growth and stability of our nation, as well as having appropriately-supported equity markets, capital markets, financial markets and real estate markets; the excesses under which we have operated since the 1980's will either have to be brought under control by the government and/or citizens of the nation or others outside of our control who are less and less dependent upon our "policing authority" will foster change upon us. At the present time, our ability to control our own destiny is not lost. However, as we continue to sink into a vast canyon of debt, purchase required petroleum resources from third parties with devalued dollars and watch idly by as heretofore undeveloped nations become valued points of world focus, along with Europe seeking to jointly foster combined national growth, it is only a matter of time until we are unable to control our own destiny. The recent significant infusion of funds from overseas under the umbrella of sovereign investment funds will, over time, cause a significant loss of financial control to American independence. Assets significantly controlled by third parties whose economic, financial and political goals do not always correspond with those of the American electorate will surely lose value in the international stream of business and commerce, with real estate clearly being No exception.

Dr. Lehrer has been an independent Economist and Financial Consultant since 1980. He holds four degrees from New York University: Bachelor of Science (Finance), Master of Business Administration (Banking), Master of Arts (Economics) and a Doctorate in Urban Economics. After a career on the corporate lending staff of Bankers Trust Company (New York), Dr. Lehrer became a Manager for the Greek Shipper, Costas Lemos [dec'd]. Here, he assisted in a variety of projects in New York, Houston, Denver, Guam and in Europe. Dr. Lehrer relocated to Houston, Texas in 1977. 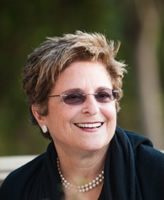 Throughout the country, real estate agents are celebrating the wonders of sending contracts and disclosures to their clients electronically. The paperless transaction has become an admirable and reachable goal with the unintended side effect of increasing risks in real estate transactions. 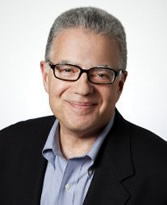 A Reasonable Standard of Care for Commercial Properties

Tenants, visitors and vendors who enter upon commercial properties (office buildings, retail centers, apartment communities, industrial buildings, etc.) are entitled to the presumption of safety when traversing public spaces. They should, and do, expect that the owner of that property, by making it accessible to the public, will maintain the property (parking areas, lobbies, hallways, grounds, pools and the walkways that connect these elements) to a reasonable standard of care.

Why should you invest in Costa Rica by purchasing a piece of property or develop your own real state project? The answer to this question my vary in accordance to each specific case, nevertheless many if not all aspects that motivates your decision are basic; Costa Rica is a small country full of wonders around each corner