When a vehicle is hit from behind, energy of the moving vehicle is transferred to the rear-ended vehicle, sending the vehicle forward and the occupants rearward. Severe rear-end collisions can result in an acceleration of 20 g's. A properly designed and functioning seat and restraint system would keep the vehicle occupants upright in their seats and protect them from injury. Unfortunately, many of today's vehicles do not have proper seats and restraint systems. The impact forces in a rear-end collision can cause seats to fail, which can result in ejection out the rear window of the vehicle, or collisions with passengers or parts of the car. Studies have shown that drivers wearing their seat belts can be consistently ejected through the rear window of many vehicles when rear-ended by a car traveling only 18 miles per hour.

Using safety belts does statistically help prevent injury in rear-end collisions. Studies have been shown that wearing seat belts can reduce the chance of a fatal injury in a rear crash by as much as 47%. The main benefit of seat belts in rear crashes is that the lap belt can prevent ejection from the vehicle when the seat-back yields backwards. The shoulder belt can help restrain the upper torso and head and prevent inner-vehicle injury. Seat belts are not always effective though. Due to the usual forward placement of the lap belt, the pelvis of the seat occupant moves rearward and builds up energy before the lap belt locks tight. A combination of the movement rearward of the pelvis and the narrowing of the human body from the hips to the knees can cause the occupant to slide out from under the belt in the event of seat failure. If the seat remains upright, this can send the occupant into the roof of the vehicle as he or she slides up the seat. If the seat yields rearward, a failure of the restraint system can cause occupant ejection from the vehicle.

The automobile seat should act as the seatbelt does in a frontal collision, preventing occupant movement in relation to vehicle interior, preventing the occupant from striking objects in the vehicle's interior, and preventing ejection from the vehicle.

Car manufacturers continue to make cheap, inferior, defective seats, which they justify by claiming that yielding seats (seats that move rearward in a rear-end collision) absorb energy and reduce injury. While a yielding seat will absorb energy, yielding seats prevent energy absorption occurring by the cushioning in the seat itself.

More importantly, yielding seats cause occupant ejection from the seat when seatbelts fail to restrain the occupants or are not used. This can result in impact to interior parts of the car, or ejection from the vehicle. A seat that yields rearward can also injure or kill rear seat passengers when the seat or the occupant impacts the passengers. Yet another danger is loss of vehicle control when a driver is not held upright while the vehicle is in motion. Injury can also occur in frontal collisions if a rear seat passenger impacts a front seat with enough force to cause failure. Studies have shown that most restraint systems will be ineffective when the seat reaches a sixty degree angle rearward, from vertical. The normal seat angle on average is about 25 degrees. Car manufacturers' claim of yielding seats being safer has little merit. The Society of Automotive Engineers (SAE) performed tests and determined that human biomechanics are sufficient to withstand the impact forces in rear-end collisions when high-strength, non-yielding seat-backs are used. 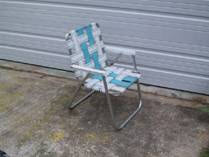 Figure 2: Studies have shown that lawn chairs can pass the seat-testing standards.

In a rear-end collision, the energy from the impact propels the car and the occupants forward. Since the head is not connected to any part of the seat, it remains stationary as the car is propelled forward. Once the impact is over and the car comes to halt, the head will be thrown forward while the torso remains against the seat, if the occupant is restrained by a safety-belt system. This results in a greater risk of neck injury. This is known as acceleration-deceleration injury, or whiplash. Whiplash injuries to the neck are the result of hypertension.

Many experts blame the inadequacy of Federal Motor Vehicle Safety Standard (FMVSS) #207 for the frequency of seat-back failures. The U.S. motor industry has a bad reputation for adhering to inferior, unsafe standards. In 1968, the U.S. Federal Government issued FMVSS 207, which was based largely on the 1963 Society of Automotive Engineers standard J879, Recommended Seat Testing Procedures. The 207 standard included a rearward moment resistance requirement of 3300 in-lbs., applied to the upper crossmember of the seat frame in a rearward longitudinal direction. The other part of the standard required a test of the seat where twenty times the weight of the seat (20 g's) be applied statically in a rearward longitudinal direction. The fact that the load is applied statically is yet another shortcoming of the standard. Rear-end collisions always involve dynamic forces, not static forces. The National Highway Traffic Safety Administration (NHTSA) required all passenger vehicles manufactured after December 31, 1968 to be equipped with a headrest. As early as 1974 people were beginning to see the deficiencies of the 207 standard and were recommending proposals to change the standard to include more stringent testing that would have resulted in much stronger seats. NHTSA denied these suggestions claiming that there was no correlation between serious injury and large seat angle changes. In 1980, NHTSA tried to address the problem by writing auto manufacturers informing them of numerous seat failures in their testing. In 1989 a petition was submitted that would have required the rearward moment requirement to be increased to 56,000 in-lbs. When NHTSA agreed to investigate the suggestion of requiring much stronger seats, the automobile manufacturers acted quickly, flooding NHTSA with negative comments, causing NHTSA to cancel any potential improvement in the standard. The thirty year old standard is easily passed by most manufactured automobiles. The fact that people are being killed when they are ejected from a vehicle is evidence that the 207 standard is not an adequate standard. One study effectively devalued the standard when it was shown that a folding aluminum lawn chair could meet the strength requirements of the standard. Many automobile seats manufactured in the 1940's and 1950's passed NHTSA's test as well.

Another failing of the 207 standard is the lack of a dynamic crash impact test requirement for rear-end collisions, despite the fact that NSHTA performs a 30-mph rear impact crash test to evaluate fuel tank integrity based on FMVSS 301, the standard for fuel tank testing. This test involves a 30 mph rear impact dynamic collision. This rear impact test regularly results in seat back failure where the front seat impacts the rear seat.

Solutions to seat-back failure are numerous and readily available, and have been for decades. In addition, many designs are economically feasible, which is one of any manufacturer's primary considerations. In 1969 a major American automobile manufacturer even designed seats that would protect vehicle occupants in collisions up to 30 miles-per-hour, at a cost of fifty cents per vehicle! In 1968 automotive safety experts demonstrated a 28 inch high rigid seatback that would prevent most passengers from sustaining any injury in rear-end collisions up to 55 miles-per-hour. The rigid seatback controlled deflection to ten degrees, preventing occupant ejection from the vehicle AND providing some additional energy absorption.

The concept of a safe seat is one that transmits the inertial forces generated by the occupant's weight and the collision energy to the vehicle, with occupant displacement and acceleration levels under the safe limits of human physiology. Although a controversial issue, many experts believe that seats should remain rigid in rear-end collisions, since the tolerance levels of human acceleration limits is rarely encountered in collisions, while seat failure is almost certain to result in injury. Basic requirements for a safer automotive seat include making the seatback rigid enough to prevent ejection in most accident scenarios. Also needed is a rigid head support that will not fail in a collision. These methods are not utilizing new technology, making seats stronger is a simple matter of using adequately sized steel components in a strong, reliable arrangement. Seat padding and seat geometry are also factors. Using stronger latches, adjustments, and seat tracks is also important.

The rear bumper system is an important part of automobile safety and structural integrity. Bumpers absorb impact energy, usually by compression of the bumper material. A bumper that is not designed properly will not absorb energy and will transmit the force of a collision to the vehicle and the occupants, increasing the likelihood of seat-back failure and injury. Over the last twenty years, automobile manufacturers have been installing increasingly less reliable rear bumpers. Currently, rear bumpers are designed to withstand only a 5 mile-per-hour impact, when most rear-end collisions occur at much higher speeds.

The American Society of Mechanical Engineers' (ASME) code of ethics states as its first fundamental tenant that "Engineers shall hold paramount the safety, health and welfare of the public in the performance of their professional duties". Although collisions may not be an intended use of an automobile, experts agree that product liability law holds that vehicle manufacturers must take accidents into account as a reasonably foreseeable utilization of their product.

American automobile manufacturers for years tried to defend the many lawsuits brought against them with the theory that yielding seats absorb energy in a rear-end collision, and that this is more important of a factor than ejection issues. This is done in spite of numerous internal documents showing that the corporations' engineers knew about this problem for decades, and brought the problem to the company's attention. Automobile manufacturers were aware as early as 1966 that seat strength directly correlated to occupant safety in rear-end collisions. Many attempts to sway corporate opinion have failed, and even numerous lawsuits can't seem to change automobile manufacturers' opinions. It should be noted that Mercedes-Benz has a history of producing seats in their cars that will withstand rear-end impacts of at least 30 mph. Mercedes even took the effort to write NHTSA and explain to them the necessity of stronger seats and more stringent seat testing, including a dynamic seat test, as well as crash testing.

It is ridiculous in this litigious age that a product as widespread as automobiles can continue to be produced with life-threatening design defects. A statement by an engineer for a leading U.S. auto manufacturer claims that up to 470 lives per year could be saved as well as 1,000 injuries prevented, all by adding less than a dollar of steel to the seats.