The main type of equipment failure that can lead to accidents is binding failure. Ski bindings are designed to release when a certain amount of force is placed on the binding. Binding tension is set to release based on the skier ability. Beginner skiers' bindings are set to release on minimal forces to minimize the possibility of injury to the beginner. Intermediate bindings release at a moderate amount of force, which allows the skier to make more aggressive moves. 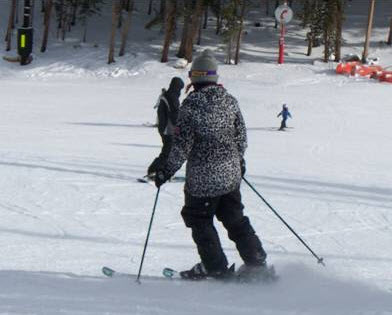 Advanced skier bindings require even more force to release. When skiers are injured due to a failure of a binding to release, an investigation attempts to determine if the binding should have released in the given situation. Determining the nature of the fall helps accident investigators know if the binding should have released or if it was a situation that would not result in the binding releasing due to the nature and direction of the forces. Bindings are not designed to release under all circumstances. Other factors affecting the situation include whether the skier was skiing within their ability level, and if the bindings were set to the correct tension level.

Ski lift malfunctions are rare, but have potential for devastating consequences. If a lift tower collapses, chairs or gondolas in the vicinity will collapse as the cable between the next towers cannot maintain the weight. The chairs are often at heights in excess of 50 feet. Falls from these heights can result in serious injury or death. Failure can occur due to inadequately designed towers, but can also occur due to ice buildup in the towers. A tower failure occurring at Whistler ski area in British Columbia was blamed on ice expanding in a joint which led to failure of the tower. This same phenomenon has occurred elsewhere as well. Drain holes to prevent water and ice buildup as well as inspections help minimize the risk of this type of accident. 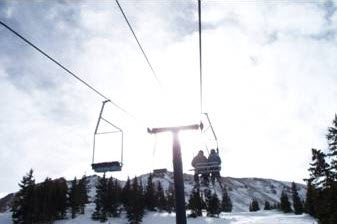 The recent failure in Wisconsin was due to the failure of gears that power the lift. There was catastrophic failure of one of the gears. Backup systems to prevent the lift from traveling backwards failed to engage due to rust and corrosion, and the chair lift traveled backwards, resulting in 14 injured people. The failure of the primary and backup system led to this accident.

The resort has responded by planning on installing automatic anti-reversal mechanisms that would act as an additional safeguard. Lift failures can occur if the cable of the lift falls off of the tower. The cable normally passes over pulleys with grooves in them that help to retain the cable. High winds can cause the cable to be pulled from these pulleys, sending the cable and the attached chairs falling to the ground. This occurred in Switzerland in January 2008, resulting in the death of one person, several other injuries, and the evacuation of other skiers. 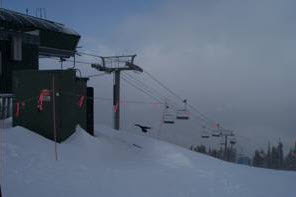 Chairs are kept attached to the cable by a clamping mechanism that partially releases at the load and unload positions allowing the chairs to slow down. If these clamping mechanisms fail, individual chairs can slide or fall to the ground. An accident at Whistler in 1995 occurred when a sudden emergency stop of the lift caused a wave action in the cable. One of the chair's clamping mechanisms partially released due to these forces, and slid down the cable, impacting another chair, and causing a chain reaction that resulted in chairs falling to the ground and multiple deaths and numerous injuries. People occasionally fall from lifts during travel. This can lead to serious injury or death. Most modern chair lifts have a combination bar/footrest that prevents the occupants from being able to fall out, although their use is voluntary. Accidents also occur when people are trying to get on and off of the lifts. The failure to maintain loading areas of ski lifts can increase the hazardousness of the lift.

Mountain sports are inherently dangerous, and people can still get injured even if nothing goes wrong, and the facility is properly maintained, hazards on the slopes are clearly marked, etc.

Lifts can also malfunction, leaving skiers and snowboarders trapped on the ski lift. This can result in exposure injuries or injuries occurring from people jumping from chair lifts.

ANSI B77 governs the design, installation, and operation of chair lifts in the United States. Other countries have their own standards.

Collisions occur frequently on the slopes, and at times can result in serious injury or death. Protective equipment offers some margin of safety. Ski resorts mark hazardous areas, such as exposed rock or trees to warn skiers. Where trails meet the chance of collisions increase greatly. Many resorts designate these areas as slow skiing only areas, and patrol regularly to ensure patrons are skiing at reasonable speeds, within their ability level

Airbags are credited with reducing numerous injuries and saving many lives during vehicle accidents. However, there have been incidents where they do not function as intended, and have even caused injuries such as explosive powder burns, detached eye retinas, child suffocation and impact deaths.

Parking lots are the scene of many pedestrian accidents because of the close proximity of people and cars and the confusing traffic patterns that sometimes exist. In addition to pedestrian-vehicle collisions, many trip and fall accidents occur in parking lots as well.

The primary function of all guarding is to prevent an operator or bystander from being injured by a potentially dangerous portion of a machine. Often the hazard involves moving parts with the potential to cut, crush or draw-in body parts, although barrier guards may also be necessary when electrical, thermal or chemical dangers are present.