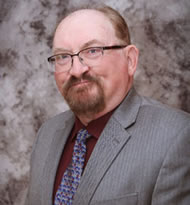 As originally published by the American Society of Safety Professionals, Feb. 2018

The public looks to safety professionals for guidance as experts in risk avoidance and hazard mitigation. This is reasonable as they are ostensibly trained in that area and, thus, in a better position to evaluate the risks inherent in different activities and to assess what can and should be done to alleviate or reduce those risks to an acceptable level. As such, it behooves safety professionals to be aware of not only safety-related heuristics that are presented to the public, but also the research that underlies that guidance to assess the appropriateness of the various safety rules that are promulgated to address potential hazards. In the real world, however, ostensible safety experts often simply accept these rules as representing appropriate, normal or typical behavior based on longevity, common sense or the simple frequency with which they are expressed.

One example of this (with which most parents are likely familiar) is the "5-second rule": the idea that food dropped onto the floor and quickly retrieved is still safe enough to eat. The rationale seems to be that bacteria requires a longer time to transfer from the floor surface to the food. In a study by researchers at Rutgers University involving multiple foods, surfaces and contact durations over 2,500 measurements, it was discovered that, while longer contact times result in more bacteria transfer, other factors (e.g., nature of the food, surface onto which it is dropped) are of equal or greater importance (Miranda & Schaffner, 2016). The study concluded that bacteria were found to instantaneously contaminate the dropped food, debunking the idea that eating food quickly retrieved from the floor was safe.

Another example is the adage that one should wait at least an hour after eating before swimming. The professed rationale for this practice is to avoid the potential for cramps. This admonishment has existed since at least the 1950s and is actively promulgated today. In reality, the medical community has actually been scornful of this guidance since at least 1961, when exercise physiologist Arthur Steinhaus took a position against it in Journal of Health, Physical Education and Recreation. Currently, the authors are aware of no safety organization that espouses this particular "rule," although it has become conventional wisdom and continues to be ubiquitous to this day.

There is certainly nothing wrong with employing an abundance of caution, but it should be recognized that most individuals take sufficient caution to reduce risk to a level that they are comfortable with and consider reasonable. For example, when crossing the street, one could choose to wait until no approaching vehicles are in sight in either direction, but a more common practice is to ensure that approaching vehicles are sufficiently distant to allow the individual to cross at a normal pace with some walker-chosen safety margin. The first practice is clearly safer, but the second is far more expedient and common in practice.

Webster's New World Dictionary defines negligence as "failure to use a reasonable amount of care when such failure results in injury or damage to another." Black's Law Dictionary similarly defines it as "failure to exercise the standard of care that a reasonably prudent person would have exercised in a similar situation." The latter source also states that a reasonable person is one who "acts sensibly, does things without serious delay and takes proper but not excessive precautions." Heuston (1977) says:

The reasonable man connotes a person whose notions and standards of behavior and responsibility correspond with those generally obtained among ordinary people in our society at the present time, who seldom allows his emotions to overbear his reason and whose habits are moderate and whose disposition is equable. He is not necessarily the same as the average man-a term which implies an amalgamation of counter-balancing extremes.

The sum total of these statements is that an assertion of negligence must be based on the normal behavior of the members of the subject population. Declaring a normal behavior to be somehow negligent inherently conflicts with the common understanding of the word among the general public.

Often, during court proceedings, a purported safety expert will be called on to opine on the potential negligence of the actions of one party involved in a lawsuit. Rather than basing his/her testimony on the actions of the party with regard to the normal range of behavior of the population at large, the safety expert's opinion is frequently based on compliance with a "safety" heuristic that in fact has no basis in either science, safety or typical behavior. As such, the pertinent question becomes, how many safety rules are predicated on things that seem like common sense, but in fact conflict with existing scientific and technical research evaluating their viability or normal behavior? Further, how many OSH practitioners take the time to read the underlying research, rather than simply relying on such rules exactly as they learned them? The answer, the authors suspect, is very few.

This article explores several common safety heuristics and compare them to actual research data. Such comparison is enlightening. Examples are chosen from the arena of driving safety, since this is likely an area with which most readers are abundantly familiar.

Based on an examination of current state driving manuals, 12 of the 50 states admonish drivers to check their mirrors on a regular basis. Most of these manuals provide little more than nebulous guidance (e.g., "every few seconds"), while others specify an increment of time ranging from "every 2 to 5 seconds" (California) to 10 seconds. The Smith System of Safe Driving, routinely taught to commercial vehicle operators, cautions students to check their mirrors (note the plural) every 5 to 8 seconds. While it is obviously a good idea for a driver to maintain situational awareness all around the vehicle, the question arises of exactly what a driver should do even if s/he determines that an unsafe event is unfolding to the rear.

If being overhauled rapidly in the lane of travel, it is possible that the appropriate action would be to switch to the adjacent lane to avoid being rearended, but what would be the result if the overhauling driver intended to switch into that lane while passing? It would seem to be a more prudent action to simply sit tight and let the faster driver decide how to handle the evolving situation, rather than to potentially create a situation in which each driver is trying to outguess the other. At best, the necessity of checking all the vehicle's mirrors with the frequency cited in many drivers' manuals is open to question, and at worst it is a task that actively removes the driver's attention from the vehicle's forward path of travel (representing a considerable distraction).

Regarding the recommended frequency of mirror checks, the timing suggested is incompatible with published research on the time required to perform such glances. Taoka (1990) studied the time required for this activity based on existing research. He found that a typical glance to the inside rearview mirror of an automobile took 0.75 seconds, while a glance to the driver's side mirror required 1.10 seconds (Taoka, 1990). Given the greater degree of head rotation required to check the passenger side mirror, 1.5 seconds would be a reasonable estimate for the average time required for that activity. On a passenger vehicle, checking all three mirrors would then require about 3.5 seconds.

The typical commercial truck has between four and six side mirrors (typically a double mirror on each side and often one on each fender). The authors have been able to find no validated time for checking a double mirror, but a typical eye fixation requires approximately 300 milliseconds (Pelz & Rothkopf, 2007). Assuming that the commercial vehicle had only four mirrors and that the driver elected to check both side mirrors in one glance, this would require a minimum of 1.4 seconds for a left-side mirror check and 1.8 for the right-side mirror check, resulting in a total of 3.2 seconds (ignoring the time required to shift the point of gaze between the right and left mirrors). The time required increases to about 4.7 seconds if fendermounted mirrors are included in the total.

Dr. David Curry is part of Solution Engineering Group, which has experts representing a wide variety of engineering and scientific disciplines. Each has the ability to work as a team, matching your needs with the right Expert. Dr. Curry consults on all aspects of Human Factors, Applied Human Performance, Ergonomics, and Safety. He has over 30 years of experience working in accident investigation, product design and development, operational testing and analysis, and both laboratory and field research in the control / display, aviation, and surface vehicle arenas.

The most common crossing accidents are simple vehicle-pedestrian accidents where a car, SUV or pickup truck strikes a pedestrian. Because impact forces closely reflect the inverse of the square of the masses, no pedestrian is a remote match for even the slightest automobile traveling at a crawl. As a simple illustration, a 100-lb. pedestrian colliding with a 2000-lb. car will not experience twenty time the impact forces that the vehicle does.