From 1978 to 1998, trial lawyer with demonstrated success in complex, difficult, or unique cases. Experienced in both state and federal trial and appellate courts. Experienced in AAA commercial and construction arbitration and SEC/NASD arbitration. Broad range of knowledge, including construction, business, contract, finance, constitutional law, commercial law, and insurance law.

Douglas Noll is a distinguished author of numerous articles and most recently a book entitled: Elusive Peace: How Modern Diplomatic Strategies Could Better Resolve World Conflicts.
• View Douglas Noll's Curriculum Vitae
3/8/2012 · Mediation
What's Wrong With America-Ideology and Injustice Collide
By: Douglas Noll
Let's consider what makes this time slightly different than previous times of unrest. The essential facts are that most Americans are suffering through the deepest economic depression since the 1930s. We barely avoided a complete economic collapse and may still see an economic collapse if the euro fails.
Read Article
11/4/2011 · Mediation
Mediation: Lessons Learned in Mediating Peace Between Israel and the Palestinians
By: Douglas Noll
I am reading The Truth About Camp David: The Untold Story about the Collapse of the Middle East Peace Process by Clayton Swisher. This is a modern history of the events in the Clinton administration from 1999 to 2000 concerning US attempts to mediate peace between Israel and Syria and Israel and the Palestinians.
Read Article
9/23/2011 · Mediation
Mediation: Anger and Fear Affect Our Perceptions and Our Decisions
By: Douglas Noll
We have all experienced levels of anger and levels of fear in mediation, and we have witnessed our clients in fear and in anger.
Read Article
Elusive Peace: How Modern Diplomatic Strategies Could Better Resolve World Conflicts
Douglas E. Noll, Esq
In this in-depth analysis, professional mediator Douglas E. Noll goes behind the headlines to understand why crucial negotiations fail. He argues that diplomats often enter negotiations with flawed assumptions about human behavior, sovereignty, and power. Essentially, the international community is using a model of European diplomacy dating back to the 18th century to solve the complex problems of the 21st century. Through numerous examples, the author shows that the key failure in current diplomatic efforts is the entrenched belief that nations, through their representatives, will act rationally to further their individual political, economic, and strategic interests.
Sex, Politics & Religion at the Office: The New Competitive Advantage
Douglas E. Noll, Esq
Sex, politics and religion at the office are potent forces for attaining a sustainable competitive advantage in the post-modern workplace. Whether you are in charge of a Fortune 500 company, a nonprofit, an entrepreneurial enterprise, or just a few workers, if you are sweeping sexuality, political power, and values under the rug, you're leaving three powerful tools in the shed. Repression is not an option. In contrast, the rewards for developing a powerful, healthy workplace are profitable, reliable, and limitless. This unconventional approach, developed by authors John F. Boogaert and Douglas E. Noll, shows you how to unleash the incredible power of sex, politics and religion in your office.
Peacemaking: Practicing at the Intersection of Law and Human Conflict
Douglas E. Noll, Esq
In this book, Noll weaves many strands of academic thinking about human conflict into an integrated view of why people fight, how they fight, what they fight over—and how they can instead make peace, whether in the courtroom or beyond. 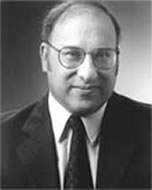 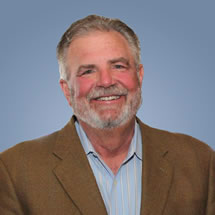 Monsees & Mayer, P.C., is a law firm based in Kansas City, Missouri, with an additional office in Springfield, Missouri. They strive to provide consistently excellent legal representation to injured victims and their families. Monsees & Mayer, P.C.'s, personal injury attorneys know how to package cases for settlement and how to present cases at trial to achieve the best results for their clients. The firm has received national recognition for litigation related to injuries from defective firearms and defective sporting equipment.

Background - Mr. Monsees graduated with honors from the University of Missouri-Columbia School of Law in 1981. He is admitted to practice in Missouri, Kansas and Texas. Mr. Monsees is recognized by Best Lawyers in America, Missouri Super Lawyers, Kansas City Business Journal “Best of the Bar”, and for many years has been recognized by Martindale-Hubbell with an “A/V” rating. He regularly presents at seminars helping to instruct other attorneys on trial practice skills.

View Timothy Monsees' Expert Witness Profile
• Timothy Monsees' Curriculum Vitae
• Case Results
• Blog
• Video Center
Preparing for a Personal Injury Case: What You Need to Know
Timothy W. Monsees
This book is a great resource for personal injury victims, familiarizing readers with the general process and providing answers to commonly asked questions. Written by a personal injury attorney with more than thirty years of trial experience in this area, who has also handled cases in more than twenty-five states, this book summarizes the important considerations for personal injury victims. As an attorney who has worked both for, and now against, insurance companies and big corporations, the author poses and answers the questions you should ask before becoming a party to personal injury litigation.

Students with Disabilities and Their Safe Routes to School: IEP Committee Guidance

The Career Guide Book for Engineers