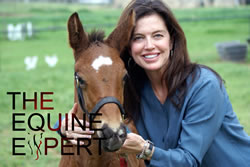 The Equine Expert is a renowned equine firm spanning dozens of disciplines and specializations in the Equine Industry by first-class horsemen and women, professional and top amateurs, with hands-on knowledge of the horse world. With a collaborative firm culture and a reputation for unparalleled professionalism and integrity, their hand- picked team of equestrian experts provide expert witness services in a variety of areas such as business, insurance, liability, equine death, sales, valuations, fraud, estates, taxes, and medical  malpractice.

Litigation Support - Bridget R. Brandon and her team at The Equine Expert support defendants and plaintiffs throughout the United States in State and Federal courts by providing expert testimony, consulting services, litigation support, formation of case strategy, quantifying of damages, settlement negotiations, and assisting the legal team to better understand the sensitivity of the issues involved. Specializing in high-stakes, complex matters, they work collaboratively to create appropriate, well-reasoned research and analysis, advice, reports and expert testimony.

• View Bridget Brandon's Curriculum Vitae
• ValueMyHorse Blog
• Connect With Bridget Brandon on LinkedIn
• Follow ValueMyHorse on Twitter
• ValueMyHorse Facebook Page
• ValueMyHorse - Youtube Page
10/29/2012 · Animals
The Texas House and Senate Pass Equine Dentistry Bill
By: Bridget Brandon
On May 30, 2011, the Texas Board of Veterinary Medical Examiners became one step away from having the authority to regulate non-veterinarian equine dentists.
Read Article
4/5/2012 · Animals
Protect Yourself When Buying A Horse
By: Bridget Brandon
Because the cost of a lawsuit is so steep, make sure your "horse transaction" is memorialized with a lawyer-prepared, well-written contract. The small contract prep charge will be a fraction of litigation expenses and heartbreak. If you cannot locate an equine attorney, an attorney specializing in contracts will work just fine. It always amazes me that written contracts are not demanded of every horse purchase or sale. Even on "small&qout transactions…demand them in writing or do not do the "deal&qout!
Read Article
12/9/2011 · Animals
Screening Questions You Should Ask When Buying a Horse
By: Bridget Brandon
There are some very important preliminary questions you should always ask when buying a horse. These screening questions should be asked right up front. If at all possible, you should ask these questions initially on the phone prior to seeing the horse.
Read Article
9/21/2011 · Animals
Owning A Horse Is A Huge Financial Investment: Get A Pre-Purchase Exam!
By: Bridget Brandon
You've decided to buy a horse and you have now located the horse of your dreams. There are a lot of emotions involved.
Read Article
8/3/2011 · Animals
Law Change In California Affects How You Buy And Sell a Horse
By: Bridget Brandon
Open-ended horse deals are quickly coming to an end. Florida has a statute (Section 535.16 of the Florida Statutes) and the California Legislature recently amended a similar one that now requires written documentation for horse sales.
Read Article

Rod Bergen has an extensive education and background in Horse Behavior and Horsemanship. Mr. Bergen is nationally certified as an Advanced (Level III) Horseback Riding Instructor by the American Riding Instructors Association (ARIA) in Dressage, Recreational Riding and Mounted Patrol. He has owned and managed horse training, breeding and boarding facilities for over 30 years. He is a Certified Equine Appraiser and member of the American Association of Equine Appraisers.

Jon Mitchell “Mitch” Jackson, Esq. was admitted to the California Bar in 1986 and immediately opened up his own practice representing victims of Personal Injury and Wrongful Death. In 2009, Mr. Jackson was named an Orange County “Trial Lawyer of the Year” by the Orange County Trial Lawyers Association. In 2013, Mr. Jackson received the California Lawyer Attorneys of the Year (CLAY) Award for litigation. According to California Lawyer Magazine, the CLAY Award recognizes attorneys who have: "

"changed the law, substantially influenced public policy or the profession, or achieved a remarkable victory for a client or for the public and have made a profound impact on the law."

His firm, Jackson & Wilson, is listed in the Bar Register of Preeminent Lawyers, an exclusive listing reserved for less than 5% of all distinguished law practices in the United States. Several earlier recognitions include Mr. Jackson being named as a “Southern California Super Lawyer” and an ability rating of 10.0 or Superb by the AVVO lawyer rating system. Over the past 30 years, Mr. Jackson has obtained numerous multimillion dollar verdicts and settlements for his clients. He is also a multiple time member of the Million Dollar Advocates Forum (membership limited to those attorneys having obtained million dollar plus verdicts and settlements). In his spare time, he has served as a Judge Pro Tem, and arbitrator with the Orange County Superior Court and attorneys fee mediator with the Orange County Bar Association.

Litigation Support - Mitch Jackson serves as an Expert Witness in Legal Malpractice cases. With decades of experience litigating Personal Injury and Wrongful Death, Mr. Jackson's opinions are unbiased and well-founded. His services are available to both Plaintiff and Defendant. 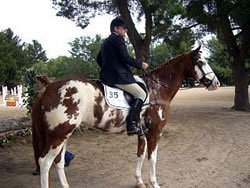 Litigation Support - Greg Coulson has over 10 years of experience with the litigation process including reports, depositions, and court testimony for both plaintiffs and defendants. He is available to analyze and explain equine industry standards, horse behavior, equestrian accidents, situations, and issues. Mr. Coulson can organize complex sets of facts to provide logical descriptions for attorneys, judges, and juries. He combines extensive education in horsemanship, science, and teaching with a wealth of practical experience.  He is impartial, unusually clear, and articulate.

Competency to Stand Trial: A...

Accommodating all guests: The...

Security Planning and Design : A...

by The American Institute of Architects