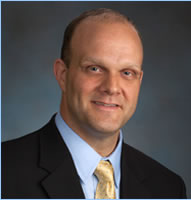 Dr. Joy has been qualified as a Vocational Expert to the Social Security Administration and accepted as a Vocational Expert from members of the Connecticut, New York, and Massachusetts Bars. He has been called as both a consulting and testifying Vocational Expert in Personal Injury, Workers Compensation, and Family Law matters. Dr. Joy consults on complex disability related matters including:View Consulting Profile.
• Jeffrey D. Joy's Curriculum Vitae
• More About Vocation Expert Consultation 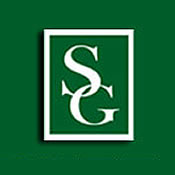 Litigation Support - Dianne Simmons-Grab is routinely retained by plaintiffs and defendants due to her unbiased opinion and thorough review. Her primary focus is on individuals with Brain Injuries and their secondary injuries including orthopedic, amputations, burns, and mental health issues. Her expertise is called upon for Workers’ Compensation, Catastrophic Injury, Personal Injury, Medical Malpractice, Product Liability, and Motor Vehicle Accidents. Ms. Simmons-Grab's services include:

Life Care Planning:Vocational Services:View Dianne Simmons-Grab's Consulting Profile.
• Dianne Simmons-Grab's Curriculum Vitae
• Life Care Planning
• Vocational Services
• Case Management
12/22/2014 · Medical
Visual Dysfunction Following a Neurological Event
By: Simmons Grab and Associates, LLC
Following a neurological event such as a traumatic brain injury, cerebrovascular event, multiple sclerosis, etc., the medical needs of the person are of primary importance initially, for purposes of survival. As medical treatment proceeds and the survival needs of the person are met, the team of rehabilitation professionals will be established in an attempt to improve upon function performance in order to sustain quality of life. The rehabilitation team may be composed of a physician, physical therapist, occupational therapist, speech therapist, recreational therapist, vocational specialist, case manager, the psychologist, social worker, and nurse, to name several. It is often during this tim e that additional medical and rehabilitative needs are identified through diagnosis or observation by member s of the rehabilitation team.
Read Article
11/20/2014 · Employment
Components of a Report by a Vocational Expert
By: Simmons Grab and Associates, LLC
1. Proper Classification of Past Relevant Work (PRW) A. Define PRW according to Recency and Duration B. Job Titles, including DOT codes, according to the U.S Dep't. of Labor (Source document) C. Skill (SVP) and Exertional Level (Posture and Lift/Carry)
Read Article

An introduction to Dr. Simmons' expertise and expert witness and consulting services. 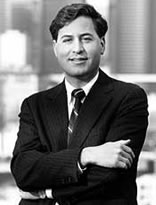 Gordon Kamisar, Esq., is a certified expert in Executive Recruiting, who has placed hundreds of different executives in the past 27 years in a variety of industries, and who also has a sub-specialty in Attorney Recruiting. A Duke Law School graduate who received his B.A., with distinction, from the University of Michigan, Gordon Kamisar is President of his own executive search firm.

Litigation Support - Mr. Kamisar has been deemed qualified as an expert in trial court, and was found in a recent court opinion to be a "credible and knowledgeable" expert on the subject of executive and attorney placements and compensation, testifying for the defendant employer. Mr. Kamisar has experience testifying in depositions and at trial. He is available to travel nationally and within the past two years has testified in cases in San Francisco, Dallas, and New York City.

Mr. Kamisar has served as an expert witness on the subjects of:

Since 2002, Dr. Lowery passion is to educate, empower and provide hope to individuals that deal with catastrosphic health impairments by educating them on how to live a better quality of life due to poor health care conditions, which will address social, cultural and behavioral barriers across all diverse populations.

Note: Please see below or website for more expertise areas. Areas of Expertise: 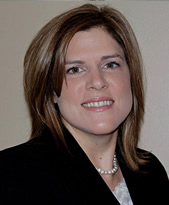 Erin O’Callaghan BS, MA, JD, CRC, NCC, LPC, CLCP, is a Life Care Planner, Vocational Rehabilitation Consultant, and Licensed Attorney with over 15 years of experience as a Rehabilitation Professional. Ms. O’Callaghan has consistently provided the highest standards of professional ethics while staying current with the needs of modern and complex litigation. Her experience and training gives a unique perspective as a forensic rehabilitation evaluator. She has an in depth understanding of the evidentiary requirements of an expert’s evaluation and conclusion, including the importance of following an accepted methodology in the process and preparation of an opinion. Ms. O’Callaghan is a member of the International Association of Rehabilitation Professionals, International Academy of Life Care Planners, Michigan Rehabilitation Association, and the Michigan Bar Association. She is also a qualified Vocational Expert by the Social Security Administration. Erin O’Callaghan has been providing Litigation Support to counsel for Plaintiff and Defense for 15 years. She has provided over 1,000 cost projections and has testified in both Federal and State cases. Ms. O’Callaghan has specialized knowledge of the Affordable Care Act, Social Security issues and Medicare Set Asides. Her services include case management, earning capacity evaluations, life care planning and lien disputes. Litigation Support Services for:

With over 44 years of experience, she consults to attorneys and has been qualified as an expert witness in six (6) states - Florida, California, Arkansas, Georgia, Connecticut, and Washington - in the areas of, Personal Injury, PTSD, Family and Couples Counseling, Divorce, Child Custody, Drug and Alcohol Counseling, Sexual Harassment and Discrimination, Relocation, and Sexual Abuse by Therapists. Her 400-page doctoral dissertation and research in the latter area was cited to pass legislation in several states.

Her book, "Surviving the Toxic Workplace - Protect Yourself Against Co-Workers, Bosses, and Work Environments that Poison Your Day" was published by McGraw Hill and can be ordered online.

• Dr. Durré's Curriculum Vitae
• Dr. Durré's Expert Witness Resume
• Dr. Durré's Media Resume
• Website of Dr. Durré's Book: Surviving The Toxic Workplace
• Listen Dr. Durré's Speech at the Executive Speakers Bureau
• Listen to Dr. Durré's www.growingbolder.com Interview
• Articles and Interviews by Dr. Durré on Bizjournals.com
• Listen to Dr. Durré's Interview with Christy Clark on CKNW Vancouver Radio
• Read Dr. Linnda Durré's Interview in the Orlando Business Journal on Team Building
• Charles Moore, Esq. Recommendation Letter
• Daniel Perez, Esq. Recommendation Letter
• Michael Keller Testimonial Letter
7/10/2020 · Employment
Age Discrimination In The Corporate World: "OK Boomer!" Stereotypes Of Seniors
By: Dr. Linnda Durré
Age discrimination is a global phenomenon and perpetuates unfair, unjust and untrue stereotypes of seniors. Corporations think they are saving money by replacing older workers with younger ones. Cheaper doesn't mean better. Widespread lawsuits claiming and proving ageism are a way seniors can fight age discrimination and change laws.
Read Article
9/12/2019 · Addiction Issues & Substance Abuse
Dealing With Drug or Alcohol Abuse Issues? Be Proactive!
By: Dr. Linnda Durré
If not dealt with, addiction can be a greased pole to self-destruction and bankruptcy. For people in powerful positions, such as CEOs, doctors, executives and company founders, attempting to conduct business without the use of their full faculties is a very dangerous proposition.
Read Article
6/11/2013 · Psychology
Coping With A Toxic Boss - "Denny The Distorter"
By: Dr. Linnda Durré
As a business and corporate consultant and psychotherapist , I've analyzed, worked with, and consulted with many difficult bosses over the years.
Read Article
3/23/2009 · Business Management
Sir George Martin: Lessons from the CEO of The Beatles
By: Dr. Linnda Durré
Treating people equally, focusing on the work, honest communication and doing what you love -- four basic values that legendary record producer Sir George Martin, "the CEO of The Beatles," used with the most successful, creative, zeitgeist-changing, consciousness-raising band in the history of musi
Read Article
Surviving the Toxic Workplace
Linnda Durre, PhD
Protect Yourself Against The Coworkers, Bosses, and Work Environments That Poison Your Day
9/8/2019
Psychotherapist Linnda Durre' to Present Program, “Surviving the Toxic Workplace” at Springfield Library on October 10, 2019
"'Surviving the Toxic Workplace' will be the theme of a program scheduled to take place at 7:00 PM on Thursday, October 10, at the Springfield Free Public Library."
3/11/2010
SURVIVING THE TOXIC WORKPLACE: Protect Yourself Against the Co-workers, Bosses, and Work Environments that Poison Your Day - New Book By Linnda Durre', Ph.D., Is Now Available
In SURVIVING THE TOXIC WORKPLACE, business consultant, radio show host, and psychotherapist Dr. Linnda Durré teaches workers how to take matters into their own hands and put a stop to toxic workplace behavior.
9/10/2009
THOMAS JEFFERSON GUESTS ON "THE LINNDA DURRE' SHOW"; FRIDAY, SEPTEMBER 11, 2009 FROM 12-1 PM (ET), ON WEUS 810 AM RADIO AND STREAMING LIVE AUDIO ON WWW.810WEUS.COM
Thomas Jefferson remembered on "The Linnda Durre' Show." An Interview with Dale Reynolds.
9/10/2009
DAVID FOSTER, LEGENDARY HITMAKER, GUESTS ON WEUS 810 AM "THE LINNDA DURRE' SHOW" - THURSDAY, SEPTEMBER 10, 2009 12-1PM STREAMING LIVE AUDIO ON WWW.810WEUS.COM
David Foster Legendary Hitmaker Guests on WEUS 810 AM "The Linnda Durre' Show"

Collaborative Assessment: Working with Students Who Are Blind or Visually Impaired, Including Those with Additional Disabilities

The New Rules of Sales and Service: How to Use Agile Selling, Real-Time Customer Engagement, Big Data, Content, and Storytelling to Grow Your Business