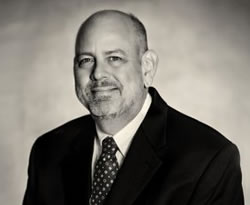 NFPA 921 advises the use of a systematic approach to fire investigation that is best embodied by the scientific method. The scientific method includes the steps of collecting data, analyzing that data, developing a hypothesis, and then testing that hypothesis. The final step of this process, testing the hypothesis, can be done either physically or analytically. In some cases, a physical test may be conducted to confirm or falsify some aspect of the hypothesis. However, in many cases creating a physical test may be difficult or even practically impossible. It is these cases, and others, where analytic testing using computer simulations may be helpful to the fire investigator.

The use of computer simulations in fire investigation is not a new concept. Computer models have been used to model fire behavior since at least the mid 1970's. Today, software such as NIST supported Fire Dynamics Simulator is used with some frequency for analytic testing of fire origin and cause hypotheses. Third party software, such as PyroSim have been developed that eases the user interaction with the core FDS code. In parallel with the development of computer modeling tools specific to fire investigation or fire engineering, many developments have occurred in the much larger world of 3D computer aided design and engineering tools (CAD/CAE).

SOLIDWORKS is a widely used suite of 3D CAD/CAE products typically used in the design of products. The software is separated into various modules that seamlessly integrate. The software starts with a CAD package that allows the creation and management of three-dimensional geometries. Mechanical simulation packages that allow many forms of stress and mechanical analysis are available. More applicable to fire investigation, SOLIDWORKS has a Flow Simulation package that utilizes Computational Fluid Dynamics (CFD) for the analysis of fluid flow and heat transfer.

Computational Fluid Dynamics (CFD) is a branch of applied science that utilizes computer numerical methods to solve problems of fluid flows and heat transfer. These problems are generally complex such that closed form solutions are not available. CFD generally involves three overall steps, pre-processing, simulation, and post processing. These steps may be accomplished using separate software for each step, or by more integrated software suites. SOLIDWORKS Flow Simulation has integrated capabilities for all three steps. Additionally, SOLIDWORKS Flow Simulation has been subjected to a verification and validation process.1

In the pre-processing phase, the basic outline of the problem is defined. This includes determination of the questions to be answered. For example: What are the temperatures of a piece of wood that is subjected to heat transfer from a nearby heat producing appliance? Also included is determining that the software has the capability to model the physical phenomena that are inherent to the problem being analyzed, a process called validation. Initial work also includes establishing the boundary of the volume of interest. For example, the volume defined by the interior of a chimney and chimney chase. Sufficient other boundary conditions must be defined such as flow rates, heat transfer coefficients, temperatures, pressures, etc. to allow full definition of the physical inputs for the simulation software. Creation of the model geometry must be accomplished within the pre-processing phase. The model geometry should be created with its eventual use in CFD in mind to avoid a needlessly complex geometry that complicates meshing, increases computation time, but adds little or nothing in increased accuracy of the simulation.

One important pre-processing task is creating a computerized model of the geometry of interest and dividing it into a great many small volumes or cells, a process called meshing. The process of meshing is accomplished using specialized software. The selection of the appropriate mesh size, which can vary in selected parts of the model based on user input, is an important function as it can affect the precision of the simulation. Variation of the mesh size over multiple simulation runs is a normal part of CFD modeling to verify the variability of output with mesh size. Some problems can be simplified and analyzed in two dimensions wherein the modeled geometry is a 2D plane one element deep. This method is particularly useful for geometries that are sufficiently long in one dimension such that energy and fluid flows in that direction are small in comparison to the other two dimensions of the 2D plane.

Once the preprocessing is finished and the required inputs are defined, the actual simulation is conducted. CFD, including SOLIDWORKS Flow Simulation, typically uses the Navier-Stokes equations as the mathematical model to relate mass, momentum and energy exchange between the individual cells and by simultaneous solution and summation, the volume of interest as a whole. This is an iterative process and can be computationally challenging, requiring good computer processing capacity. The simulation process may take from minutes to hours for some problems. The exact methods by which these equations are solved is a specialized field of continuous development beyond the scope of this paper. The reader is referred to SOLIDWORKS Flow Simulation 2017 Technical Reference for additional details regarding the inner workings of the Flow Simulation Software.2

Once the actual simulation has been completed, the post-processing step allows for examination of the results of the simulation. The software allows viewing many variables such as heat flux, temperatures and velocities for surfaces and sections. The results may be viewed as cut planes, isolines of constant values or variance of values on a surface, among others.

After the 3D geometry has been created in SOLIDWORKS, Flow Simulation has several required inputs that specify the nature of the simulation at hand. Problems in Flow Simulation are either internal or external analyses. Internal analysis requires that the working fluid be contained completely within the boundary, or computational domain, of the model. Any openings through the boundary must have specified conditions such as a specific environmental pressure or specified flow rate. External analysis considers flow around an object(s). The computational domain of the external simulation is set at some adequate distance from the object. External analyses can also include flow through an object. Both simulations presented in this paper are external analyses.

Several additional inputs must be specified for the simulation. These include defining if heat conduction within solids, buoyancy effects of gravity, or radiant heat transfer should be included. If heat conduction in solids is to be considered, material properties for each solid are required. A database of some material properties is included, as is a utility to build a user defined material database. The working fluid, generally air in fire related analysis, must be specified. Boundary conditions of the model must be defined. This includes defining the surfaces or walls of the model. For example, walls of an enclosure of interest can be stipulated as adiabatic or modeled with or without through conduction or convective heat transfer. If convective heat transfer is to be considered, convective heat transfer coefficients may be specified. If radiant heat transfer is to be considered, emissivity of the surfaces must be specified. Radiation shape factors are not required to be entered as the software calculates the geometric relationship between the surfaces specified to interact by radiant exchange.

Flow Simulation also has several optional inputs that are available to allow building a model that is well matched to the actual physical arrangement. Some inputs that are available are sources of heat, porous media and fans. Heating sources can be specified as surfaces that have a specified heat flux or volumes that have specified heat generation rates. Constant temperature sources can also be specified. Heat sources can also be made to vary over time if a transient analysis is being conducted. This feature could be used to model the effect of a specified heat release rate from an object in a study of fire spread. Porous media is a feature that treats a solid as non-homogenous, like a filter would be. This can be used to model flows in useful ways as will be shown. Fans are a feature that models the effect of an actual fan, although the geometry of a specific fan does not have to be present. An object is inserted in the model in a proper location and a flow versus pressure drop specification made for the object. When ran, the "fan" will move the specified flow through the object against the calculated pressure drop.

Although SOLIDWORKS Flow Simulation will do a great deal, it is important to know that there are certain things that it will not directly model. This includes directly modeling chemically reacting flows like combustion, although it will model heat generation in a solid or fluid which can be used to model the energy input from a combustion process. It will model mixed gas flows such as a fuel gas in air, allowing modeling of fuel / air ratios under differing conditions. This capability has clear application to modeling the flow of fugitive fuel gas that may have preceded a gas explosion. Flow Simulation will also not directly model radiant exchange between a gas (including ionized gases like a flame) and a solid to include attenuation of radiant exchange by an absorbing medium such as water vapor. However, it will model radiant exchange between solids, and a flame could potentially be modeled as a radiating solid at a certain internal heat generation rate or temperature. The practical effect of these limitations varies depending on the problem under analysis. The best way to show the application of the software is by reference to an example.

Flow Simulation Example 1: A Burner in a Wooden Box, Modeling a Gas Burner

John Holecek, senior consulting engineer at Warren, is a licensed professional engineer in 8 states and has both a Bachelor of Science in Mechanical Engineering and Master of Science in Mechanical Engineering from the University of South Carolina. A certified fire and explosion investigator by the national Associate of Fire Investigators, John has more than 23 years experience in the design of industrial process equipment and is extremely knowledgeable in ICC, NFPA and OSHA codes and standards.

Ethical Responsibilities of a Professional Engineer as an Expert Witness

A licensed professional engineer (P.E.) is required to adhere to a Code of Ethics for Engineers in all work he undertakes. However, there are some special criteria when employed as an expert witness.

The nursery rhyme involving Humpty Dumpty is a child's first lesson in safety. What would keep Humpty Dumpty safe as he is sitting on the wall? A warning or a railing?