Humpty Dumpty Sat on a Wall...

The nursery rhyme involving Humpty Dumpty is a child's first lesson in safety. What would keep Humpty Dumpty safe as he is sitting on the wall? A warning or a railing?

What would prevent the accident of Humpty where all the Kings' horses and all the Kings' men couldn't put Humpty Dumpty together again? If the designer of the wall would have used the design priority list, Humpty may have lived to sit on another wall. 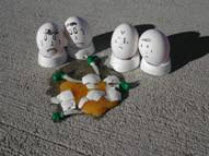 An engineer approaching the problem using the design priority would have tried to restrict access to the top of the wall. If this was not possible, a guard rail would be installed to prevent falls from the wall. This illustrates the concept of priority in safety design.

What is the hierarchy of design?

The hierarchy of design, order of design precedence, and design priority all refer to the same process which engineers use to ensure that product hazards are adequately safeguarded.

The first step in safeguarding product hazards is to identify any hazards associated with a product and its use. Hazard analysis techniques use different methods to identify hazards. Once the hazards are identified, the hazards must be dealt with.

Eliminate the Hazard: The highest priority in the hierarchy of design is to eliminate a hazard from the design, if this is possible. Elimination of the hazard is the most effective method of hazard control. If there is no hazard, there can be no injury. This solution works for anyone, regardless of ability, experience, and behavioral and physical characteristics.

Neutralize the hazard: The next most effective method of hazard control is to guard the hazard. Neutralizing the hazard involves using guarding techniques to protect people from the hazard. Some products are inherently dangerous, and elimination of the hazard will be impossible. This occurs when the function of a product results in the hazard. For example, a power saw's function is to cut wood and other material. Eliminating this hazard would render the product useless. Physical guarding, guarding by distance, control measures, interlocking, presence sensing devices all help to neutralize product hazards.

Warnings: The next most effective method of hazard control is warnings. It is always a good idea to provide product warnings even if a hazard has been effectively neutralized with guarding. Warnings should never be used as a primary source of hazard control, however, unless it is impossible to eliminate or safeguard the hazard. Most hazards can be eliminated or safeguarded. Warnings are easily ignored or tuned out by product users, making their effectiveness minimal.

Protective Equipment: Protective equipment is a last resort method of hazard control. This method should only be relied on when all other methods cannot be used. This method of hazard control does not involve reducing the hazardousness of a product, protecting the operator from the hazards of a product, or using warnings or training to alter how a product is used. Protective equipment will only reduce the severity of injuries when the operator is exposed to the hazard.

Who Uses This Method?

Any conscientious engineer uses this process, or a similar method, to protect the user of the product. Professional engineers are bound by their code of ethics-the first canon of which is to protect the health, welfare, and safety of the public.

The National Safety Council, a recognized leader in the safety industry, refers to this process as the order of design precedence in its Accident Prevention Manual. They state to first design for minimum risk, then to incorporate safety devices, then to provide warnings, then to develop operating procedures and training programs. The final option is to use personal protective equipment.

The American Society of Mechanical Engineers details this process in a publication entitled "An Instructional Aid for Occupational Safety and Health in Mechanical Engineering Design." Their order of preference varies slightly from other sources. ASME's design priority includes first eliminating the hazard from the product. The second priority is to control the hazard by guarding, while the third is to train personnel to identify and be aware of the hazard and how to avoid the hazard. The fourth priority is warnings, while the fifth priority calls for the designer to anticipate how the user will abuse the product and to minimize consequences associated with these misuses of the product. The last method of hazard control is using protective equipment.

Thomas A. Hunter, in his book Engineering Design for Safety, identifies three methods of hazard control These include designing a hazard out of a product, providing guards for hazards that cannot be designed out, and to provide warnings or instructions to notify the user of the hazards of a product.

An Example of the Design Process

This process can be better explained with an example. All-terrain vehicles are a product that see frequent accidents. A competent engineer would first identify the hazards associated with the product by performing a hazard analysis (this will be detailed in a later Forensic Clues). 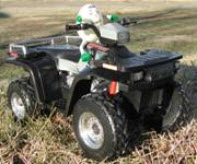 The engineer would identify several hazards with the ATV. One of the most dangerous hazards of ATV's is the hazard of being crushed in an overturn.

The designer should first attempt to eliminate the hazards by design. While completely eliminating the possibility of overturning ATV's may be difficult to achieve, the hazard of overturn can be minimized at the design level. The location of the center of gravity has a substantial effect on the likelihood of an ATV to overturn.

By reducing the center of gravity of the ATV as much as possible, the chance of overturning is minimized. Another factor that can be affected at the design level is the presence of differentials. Differentials allow inner and outer wheels to turn at different speeds during turning, facilitating the turning process. Most ATV manufacturers do not use rear differentials. Operators must oversteer to get the ATV to turn. This can cause rollovers due to the dynamics of ATV's, especially when a change of surface is encountered during a turn. By adding a rear differential, the ATV will be easier to steer, and will be less likely to overturn.

Once everything that can be done to reduce hazards at a design level has been done, the next priority of design must be used. Since there is still risk of overturning the ATV, neutralization of the hazard must be accomplished with guarding. Guarding against overturn involves adding a roll-over protective structure (ROPS) and a seatbelt. These safety devices help ensure that an operator will be protected in an overturn. 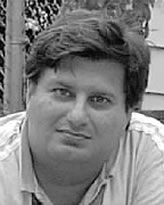 When I was a boy, playing in the sandbox or building with blocks, I dreamed of building cities. I feel fortunate to be in a profession which allows me to fulfill that dream. To enjoy your job is a more important measure of success than the amount of money in your bank account. My favorite definition of success is borrowed from Ann Landers: