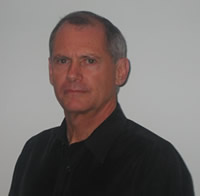 In my last article, I mentioned that many benefits accrue to those who practice regular , meditation. In this one, I will be more specific. First, by "regular meditation", I mean approximately 20 minutes every day, give or take a few minutes, and without missing very many days. It's much like physical fitness, if you do it regularly, the benefits will come, not immediately but soon enough.

In my case, the benefits started showing up after about three weeks, which seems to be fairly typical. They manifested in four distinct ways that I recall, and there were probably others that I never recognized or can't recall. They were:

To expand a little from personal experience, I have been teaching people to meditate since the early 1990s. Some of my students have provided testimonials which can be seen on my website. Here is what some of them have reported:

These results are not at all exceptional and many people report them. As well, there are a great many more benefits that have been demonstrated and proven in laboratories. Here are just a few where improvements were reported from a list of over 50:

As well, science has reported, that in addition to other areas, meditators have experienced reductions in alcohol use, anxiety, criminal activity, depression, excessive weight, high blood pressure, irritability, smoking, and use of prescription drugs.

The one potential benefit that may surpass all of the above, that mystics have been pitching for centuries, is that meditation increases consciousness, and increasing consciousness is how the human species evolves. More about that in my next article, but for now, the bottom line is that meditators look younger, are healthier, handle stress better, and enjoy life more.

These are all states of consciousness or awareness, as are the states of sleep and every-day, walking-around wakefulness. These three, however, share a number of similarities that sleep and wakefulness only display in certain instances, and usually not to the same extent:

It is common in hypnotherapy to have a client tell you that he or she just feels stuck. They explain that they are not motivated to do anything, they don't complete tasks, and they procrastinate all the time

Benefits and Uses of Hypnosis

In my last article, I stated that the greatest benefit of meditation may actually be an increase in consciousness. The metaphysicists tell us that everything has consciousness (awareness). Most scientists wouldn't agree.