Leonard Perlmutter is a renowned philosopher, educator and motivational speaker. He is founder of the American Meditation Institute in Averill Park, NY where he shares his vast 30-year experience, inspiring enthusiasm and humor to reduce stress and bring peace to modern life. He is adjunct professor of meditation and yoga at the College of St. Rose.

Leonard is author of the award-winning "The Heart and Science of Yoga: A Blueprint for Peace, Happiness and Freedom from Fear." This encyclopedic introduction to Yoga Science (meditation, breathing, ayurveda and exercise) is certified by the American Medical Association for physician CME credits and the American Nurses Association. Perlmutter's work is also endorsed by physicians Mehmet Oz, Dean Ornish, Bernie Siegel and Larry Dossey. Yoga Journal magazine acclaimed his work as "A sweeping, enthralling vision of how to live an integrated life."
• Read More About the American Meditation Institute
2/18/2005 · Yoga
Yoga's Secret Teaching
By: Leonard Perlmutter
Imagine all the apples that fell to Earth before Isaac Newton realized that every object in the universe attracts every other object. Of course, the Law of Gravity has always been in force, but it wasn't until Newton focused the creativity of his one-pointed attention on a falling apple that he (and all humanity) received the blessing of finally recognizing a perfectly obvious truth
Read Article

Lawrence Amsel, MD, MPH, is Board Certified in Psychiatry and Neurology. An Assistant Professor of Clinical Psychiatry at Columbia University College of Physicians and Surgeons and an Attending physician at New York Presbyterian Hospital in New York, NY, he specializes in:

With an MD from Yale University and an MPH in Biostatistics from Columbia University, Dr. Amsel combined his clinical expertise with his analytic mathematics background to become one of the early champions of the application of Decision Science, Game Theory, and Behavioral Economics to Psychiatric Research.

Dr. Amsel has published numerous articles and delivered presentations, symposia, and workshops on Behavioral Economics and Game Theory and other topics on Mathematical Psychiatry. His speaking services are in demand both nationally and internationally. Dr. Amsel will contribute to the proposed study, “Adolescent and Family Decision Making In Time of Disaster,” as Co-Principal Investigator and will serve as the team expert on decision tasks, helping to incorporate the selected tasks into the overall study design. He will be involved in supervising the collection of data related to these tasks and will help guide study design, data collection and analysis, and assist in the interpretation and publication of research findings.

In 2003, Dr. Amsel organized the first ever American Psychiatric Association symposium on applications of Game Theory to psychiatry. He has published articles and presented posters on Game Theory modeling of suicide, OCD, and PTSD. After 9/11, Dr. Amsel joined the Trauma Studies and Services division at the New York Psychiatric Institute, and has been involved in treating victims of 9/11 and their families, in training community clinicians in cutting edge treatments for PTSD and Complicated (Traumatic) Grief, as well as in doing research on optimal methods of disseminating this training.

Over the last several years, Dr. Amsel has been collaborating with Dr. Hoven at the Child Psychiatric Epidemiology Group (CPEG) working on understanding the connection between decision deficits, trauma and psychiatric disorders in the developing brain of children/adolescents. He has extensive clinical expertise within psychiatric research, as well as expertise in applying decision science tasks in psychiatric research settings.

Dr. Kenneth J. Manges is a Vocational and Psychological Expert with over 30 years of experience. He is certified in Forensic Psychology, Emotional Trauma, Wage Loss, Disability, and Crisis Intervention and is recognized as an Expert in Post Traumatic Stress Disorder.

Dr. Manges is qualified to testify in both federal and state courts and has provided expert opinion testimony for plaintiff and defense.

Specialties Include:Expert Testimony Experience:
• Dr. Kenneth Manges' Curriculum Vitae
• Biography
• View Case Examples and Past Verdicts
10/12/2009 · Psychology
Psychologically Speaking©: Negotiation 101
By: Kenneth J. Manges, PhD, ABVE, CVE, CFP
Advice about negotiation often focuses on procedure, strategy, and tactics. However, some of the most important factors in dispute resolution are the subliminal aspects of the interaction that operate outside the awareness of the participants, which may create unnecessary barriers to the effective resolution in dispute.
Read Article

Litigation Support: With over 46 years of experience, she consults to attorneys and has been qualified as an expert witness in nine (9) states - Florida. Alabama, California, Arkansas, Georgia, Connecticut, Washington, Tennessee, and Iowa - in the areas of Personal Injury, PTSD, Family and Couples Counseling, Divorce, Child Custody, Relocation, Drug and Alcohol Counseling, Sexual Harassment, Sexual Abuse by Psychotherapists, as well as Age, Race, Gender, and Sexual Orientation Discrimination. Her 400-page doctoral dissertation and research in the latter area was cited to pass legislation in several states.

Dr. Durre' has hosted and produced four radio shows, two of which were call-in advice shows and two are interview shows. Her current show "Linnda Durre' Interviews" airs daily for one hour on www.VegeRadio.com. at 4 PM ET, 3 PM CT, 2 PM MT & 1 PM PT.  Dr. Linnda Durre' has hosted and produced two call-in advice TV shows, including being selected in a national search of 200 applicants, to host, "Ask The Family Therapist," on America's Health Network (AHN), which was associated with Mayo Clinic and each show aired daily for two hours from Universal Studios Orlando.

• Dr. Durré's Curriculum Vitae
• Dr. Durré's Expert Witness Resume
• Attorney Recommendation Letters
• Website of Dr. Durré's Book: Surviving The Toxic Workplace
• Dr. Durré's Publications on Orlando Business Journal
• Dr. Durre' on CBS San Diego affiliate KFMB
• Jamey Williamson, Esq. Reference Letter
• Dr. Durre' on VegeRadio
• Client Recommendation from John Valenzuela
• National Board of Forensic Evaluators Certificate
8/20/2020 · Employment
How Businesses Can Overcome Age Discrimination In The Workplace
By: Dr. Linnda Durré
Here's how businesses can institute new polices requiring all employees to participate in fun and informative workshops to overcome ageist assumptions about younger workers or seniors. Get rid of prejudices and limiting beliefs that prevent camaraderie, productivity, and profits.
Read Article
7/10/2020 · Employment
Age Discrimination In The Corporate World: "OK Boomer!" Stereotypes Of Seniors
By: Dr. Linnda Durré
Age discrimination is a global phenomenon and perpetuates unfair, unjust and untrue stereotypes of seniors. Corporations think they are saving money by replacing older workers with younger ones. Cheaper doesn't mean better. Widespread lawsuits claiming and proving ageism are a way seniors can fight age discrimination and change laws.
Read Article
9/12/2019 · Addiction Issues & Substance Abuse
Dealing With Drug or Alcohol Abuse Issues? Be Proactive!
By: Dr. Linnda Durré
If not dealt with, addiction can be a greased pole to self-destruction and bankruptcy. For people in powerful positions, such as CEOs, doctors, executives and company founders, attempting to conduct business without the use of their full faculties is a very dangerous proposition.
Read Article
6/11/2013 · Psychology
Coping With A Toxic Boss - "Denny The Distorter"
By: Dr. Linnda Durré
As a business and corporate consultant and psychotherapist , I've analyzed, worked with, and consulted with many difficult bosses over the years.
Read Article
3/23/2009 · Business Management
Sir George Martin: Lessons from the CEO of The Beatles
By: Dr. Linnda Durré
Treating people equally, focusing on the work, honest communication and doing what you love -- four basic values that legendary record producer Sir George Martin, "the CEO of The Beatles," used with the most successful, creative, zeitgeist-changing, consciousness-raising band in the history of musi
Read Article
Surviving the Toxic Workplace
Linnda Durre, PhD
Protect Yourself Against The Coworkers, Bosses, and Work Environments That Poison Your Day
9/8/2019
Psychotherapist Linnda Durre' to Present Program, “Surviving the Toxic Workplace” at Springfield Library on October 10, 2019
"'Surviving the Toxic Workplace' will be the theme of a program scheduled to take place at 7:00 PM on Thursday, October 10, at the Springfield Free Public Library."
3/11/2010
SURVIVING THE TOXIC WORKPLACE: Protect Yourself Against the Co-workers, Bosses, and Work Environments that Poison Your Day - New Book By Linnda Durre', Ph.D., Is Now Available
In SURVIVING THE TOXIC WORKPLACE, business consultant, radio show host, and psychotherapist Dr. Linnda Durré teaches workers how to take matters into their own hands and put a stop to toxic workplace behavior.
9/10/2009
THOMAS JEFFERSON GUESTS ON "THE LINNDA DURRE' SHOW"; FRIDAY, SEPTEMBER 11, 2009 FROM 12-1 PM (ET), ON WEUS 810 AM RADIO AND STREAMING LIVE AUDIO ON WWW.810WEUS.COM
Thomas Jefferson remembered on "The Linnda Durre' Show." An Interview with Dale Reynolds.
9/10/2009
DAVID FOSTER, LEGENDARY HITMAKER, GUESTS ON WEUS 810 AM "THE LINNDA DURRE' SHOW" - THURSDAY, SEPTEMBER 10, 2009 12-1PM STREAMING LIVE AUDIO ON WWW.810WEUS.COM
David Foster Legendary Hitmaker Guests on WEUS 810 AM "The Linnda Durre' Show" 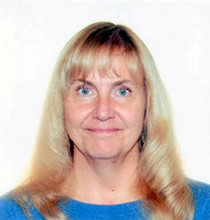 Gloria Kardong, MD, DLFAPA, DABPN is a Board Certified Psychiatrist with specialties in Psychotherapy and Psychomarmacology. He practice includes General, Adolescent, and Adult Psychiatry as well as Forensic Psychiatry. Dr. Kardong has a broad experience using a verity of different treatment modalities. She offers individualized care based on the client's specific problems, concerns and preferences. In full time private practice in Palo Alto, CA for the past 25 years, Dr. Kardong is a Psychiatric Consultant for Stanford University Schools of Law and Medicine, the California Medical Board, and private attorneys nationwide. She is an Adjunct Clinical Associate Professor of Psychiatry and Behavioral Sciences at Stanford University Medical Center and a Distinguished Fellow of the American Psychiatric Association. Dr. Kardong has been named a Top Doctor in Silicon Valley by San Jose Magazine for over a decade. Specialty Areas Include:

Email Website
The Himalayan Institute was founded in 1971 to teach yoga and meditation as systematic means for developing consciousness and increased awareness of Self in the individual. In the USA, the Institute is situated in a serene, wooded setting on a 400-acre campus near Honesdale in the beautiful Pocono Mountains of northeastern Pennsylvania. Combining the best of Eastern wisdom and Western knowledge, the Himalayan Institute offers a wide variety of seminars and programs in hatha yoga, meditation, yoga philosophy, psychology, holistic health, hatha yoga teachers training and other related subjects.

The Thief in Your Company: Protect...