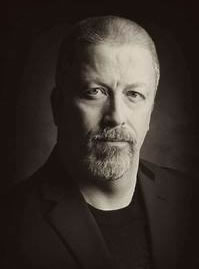 3/12/2019 · Workplace Violence
Litigation Cases Involving Violence in Restaurants
By: Howard Cannon
Did you know that restaurants are more likely to experience workplace violence than any other industry in America? In this article we will help you find out why restaurants are so prone to violence, what leads to violence, the practical steps to help make restaurants safe, and the insider information that you need when dealing with one of these legal matters.
Read Article 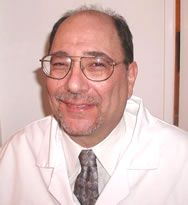 8/23/2018 · Food & Beverage
Due Diligence - Safety First: Beware What Dangers Lurk Behind Your Kitchen Door
By: Jeff Nelken
It's easy to slip into a false sense of security because you've covered the basics of food safety with your kitchen staff. However, there are many other hazards that impact your bottom line. For example, slip and fall accidents are at the top of the list of safety concerns. There are many other dangers that must be considered.
Read Article

6/12/2014 · Food & Beverage
Outbreaks Where Food Workers Have Been Implicated in the Spread of Foodborne Disease. Part 8. Gloves as Barriers To Prevent Contamination of Food by Workers
By: Dr. Ewen Todd
The role played by food workers and other individuals in the contamination of food has been identified as an important contributing factor leading to foodborne outbreaks. To prevent direct bare hand contact with food and food surfaces, many jurisdictions have made glove use compulsory for food production and preparation. When properly used, gloves can substantially reduce opportunities for food contamination. However, gloves have limitations and may become a source of contamination if they are punctured or improperly used. Experiments conducted in clinical and dental settings have revealed pinhole leaks in gloves.
Read Article

5/8/2014 · Food & Beverage
Outbreaks Where Food Workers Have Been Implicated in the Spread of Foodborne Disease. Part 7. Barriers To Reduce Contamination of Food by Workers
By: Dr. Ewen Todd
Contamination of food and individuals by food workers has been identified as an important contributing factor during foodborne illness investigations. Physical and chemical barriers to prevent microbial contamination of food are hurdles that block or reduce the transfer of pathogens to the food surface from the hands of a food worker, from other foods, or from the environment. In food service operations, direct contact of food by hands should be prevented by the use of barriers, especially when gloves are not worn. Although these barriers have been used for decades in food processing and food service operations, their effectiveness is sometimes questioned or their use may be ignored. Physical barriers include properly engineered building walls and doors to minimize the flow of outside particles and pests to food storage and food preparation areas; food shields to prevent aerosol contamination of displayed food by customers and workers; work clothing designated strictly for work (clothing worn outdoors can carry undesirable microorganisms, including pathogens from infected family members, into the work environment); and utensils such as spoons, tongs, and deli papers to prevent direct contact between hands and the food being prepared or served. Money and ready-to-eat foods should be handled as two separate operations, preferably by two workers.
Read Article

4/8/2014 · Food & Beverage
Outbreaks Where Food Workers Have Been Implicated in the Spread of Foodborne Disease. Part 6. Transmission and Survival of Pathogens in the Food Processing and Preparation Environment
By: Dr. Ewen Todd
This article, the sixth in a series reviewing the role of food workers in foodborne outbreaks, describes the source and means of pathogen transfer. The transmission and survival of enteric pathogens in the food processing and preparation environment through human and raw food sources is reviewed, with the main objective of providing information critical to the reduction of illness due to foodborne outbreaks. Pathogens in the food preparation area can originate from infected food workers, raw foods, or other environmental sources. These pathogens can then spread within food preparation or processing facilities through sometimes complex pathways and may infect one or more workers or the consumer of foods processed or prepared by these infected workers.
Read Article

2/28/2014 · Food & Beverage
Outbreaks Where Food Workers Have Been Implicated in the Spread of Foodborne Disease. Part 5. Sources of Contamination and Pathogen Excretion from Infected Persons
By: Dr. Ewen Todd
In this article, the fifth in a series reviewing the role of food workers in foodborne outbreaks, background information on the routes of infection for food workers is considered. Contamination most frequently occurs via the fecal-oral route, when pathogens are present in the feces of ill, convalescent, or otherwise colonized persons. It is difficult for managers of food operations to identify food workers who may be excreting pathogens, even when these workers report their illnesses, because workers can shed pathogens during the prodrome phase of illness or can be long-term excretors or asymptomatic carriers.
Read Article

1/27/2014 · Food & Beverage
Outbreaks Where Food Workers Have Been Implicated in the Spread of Foodborne Disease. Part 4. Infective Doses and Pathogen Carriage
By: Dr. Ewen Todd
In this article, the fourth in a series reviewing the role of food workers in foodborne outbreaks, background information on the presence of enteric pathogens in the community, the numbers of organisms required to initiate an infection, and the length of carriage are presented. Although workers have been implicated in outbreaks, they were not always aware of their infections, either because they were in the prodromic phase before symptoms began or because they were asymptomatic carriers.
Read Article

4/16/2013 · Food & Beverage
Outbreaks Where Food Workers Have Been Implicated in the Spread of Foodborne Disease. Part 3. Factors Contributing to Outbreaks and Description of Outbreak Categories
By: Dr. Ewen Todd
In this article, the third in a series of several reviewing the role of food workers in 816 foodborne outbreaks, factors contributing to outbreaks and descriptions of different categories of worker involvement are discussed.
Read Article

3/13/2013 · Food & Beverage
Outbreaks Where Food Workers Have Been Implicated in the Spread of Foodborne Disease. Part 2. Description of Outbreaks by Size, Severity, and Settings
By: Dr. Ewen Todd
This article is the second in a series of several by members of the Committee on the Control of Foodborne Illness of the International Association of Food Protection, and it continues the analysis of 816 outbreaks where food workers were implicated in the spread of foodborne disease.
Read Article

1/23/2013 · Food & Beverage
Outbreaks Where Food Workers Have Been Implicated in the Spread of Foodborne Disease - Part 1: Description of the Problem, Methods, and Agents Involved
By: Dr. Ewen Todd
Food workers in many settings have been responsible for foodborne disease outbreaks for decades, and there is no indication that this is diminishing. The Committee on Control of Foodborne Illnesses of the International Association for Food Protection was tasked with collecting and evaluating any data on worker-associated outbreaks.
Read Article
< 1 2 >

Career Advancement and Survival for Engineers