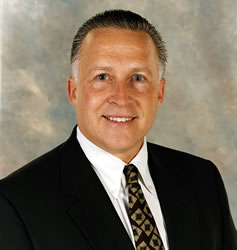 The construction industry is gigantic.....it has been around for centuries in this country alone....an industry with that much inertia does not embrace change easily. Introducing new processes and methodology is much like trying to turn an aircraft carrier with a boat oar. You can get beat up pretty good and not even effect the ship!

The CM Agency (CMa) or Multiple Prime Contracts method of project delivery is significantly different than any other method used in the USA. It is the most innovative and progressive methodology in today's marketplace. It saves money and provides complete transparency of where the money goes....so why is it being resisted by many of the larger construction companies in the USA?

The answer is simple....Greed. General Contractors that have been in business for decades or centuries have so much inertia in their organization and staffs they have no reason to embrace a methodology which would require significant and fundamental retooling of their staff's skill sets, at a minimum, and most likely a significant paradigm shift in their corporate culture and philosophy.

The orchestrated strategy to discredit CMa is to sound false alarms about the additional liability the owner assumes because the owner is directly contracted with the (sub)contractors. The arguments point out increased owner risk for safety, contractor defaults, conflict resolution, warranty work, workers comp audits et al. Every red flag waived is exactly why the owner would have a CM acting as their agent! A qualified CM will protect the owner from those risks with the skill set required to be a professional CM Agent.

The skills required to be a CMa are different than those of a GC or CM at risk. There is a paradigm shift required when changing hats from that of a GC or CM defending the amount and scope of your contract to that of a CM Agent defending the integrity of the project as an advocate for the owner. As soon as the price in a contract is fixed the responsible party is going to be defending the price first and foremost because that is what makes their respective businesses successful.

Those anti-CMa arguments have been well polished and well played by companies who oppose CMa.... because they hold to the belief they will make more money as a GC or CM at risk.... because that is what they have been doing for decades and they don't have the skill set developed to be successful CMa's. Larger companies have fewer competitors as a GC or CMr because the arena excludes many smaller and minority owned companies who can not financially acquire the payment and performance bonds required for multi-million dollar projects. Large companies have no incentive to spend the time and money to reinvent themselves culturally only to be rewarded by finding themselves in waters filled with more sharks in it as competitors.

That said, owner's can save money with CMa due to the reduction of duplication of costs for taxes, bonds, insurance etc as well as the reassignment of risks; which actually can lead to more effective project management when handled by an adept and skilled CM. By dividing the financial liability among 30+ subs acting as prime contractors the owner can be provided better contractual protection not less. Why? Because as a CMa the CM can manage, for example, a default by a contractor without exposing themselves or their bonding company to the liability created by the default! A GC has no desire to expose inferior work or even worse a default by a subcontractor because the GC would be exposing itself to the liability as well as their own bonding company to rectifying the inferior work or default! A CMa can hold prime contractors, individually, to the standards owners rightfully expect because they have an individual contract which would be backed by an individual bond company for each individual prime contract. Any one or more of the individual bonds can be called for specific scopes of work without compromising or placing the entire project in jeopardy. In the inverse, a default by a GC involving their bond company is always going to be catastrophic for a project and is never tenable to a successful project.

The key factor in the safety risk, as with the financial risk, is to have a CMa who knows how to mitigate all the risks to the owner by properly managing the contracts with the multiple prime contractors. Bonds and solid insurance policies can insure the risk remains with the prime contractors just as it would were they working as a subcontractor to a GC. The CMa has to understand the methods used to protect the owner from liability exposure just as GC's protect themselves from liability for subcontractor issues.

With CMa the CM supervises the work, holds the safety meetings and documents the safety meetings with each contractor, manages the coordination of the owner decisions, owner supplied items, architectural and engineering submittal approvals etc, just like a GC would....BUT the money goes directly from the owner to the contractors. By simply not passing the funds through a GC the liability insurance cost go down, the gross receipts taxes go to zero, accounting costs for handling money alone goes to almost zero....these items alone reduce costs by 3-4%.

For private owners I advocate that Design-Build is the superior method or project delivery, but for public projects, where public transparency is needed and small business and minority participation is desirable, I firmly believe CMa is a project delivery method which is viable for significant savings and also opens up opportunities for smaller and/or minority owned firms to participate as well.

Sanford C. Loy, CCM BArch MSCE, has 40 years of experience in the Construction Industry. Mr. Loy has Degrees in Architecture and Engineering. A Certified Construction Manager (CCM), he is committed to the Code of Ethics and Standards of Professional Practice established by the Construction Management Association of America. CCM is the ANSI accredited professional designation for construction management and is the gold standard for CM service providers in over 145 countries.

The equitable allocation of responsibility for project delays is essential to the resolution of many construction disputes. Contractors frequently assert that they have been delayed for reasons beyond their control. Owners often remain unconvinced that the Contractor is legitimately 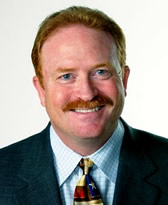 What is the first thing I should do if my home got flooded? Call your flood insurance company and file a claim, preferably before August 31st, when the flood settlement rates go down. How can I find out if I have flood insurance, and who to call?