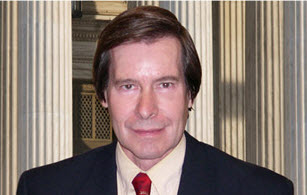 As Originally Published in the Los Angeles Daily Journal January 3, 2013

Litigators often reach for doctrines such as res judicata or collateral estoppel to narrow the scope of a case. Res judicata prevents re-litigation of the same claim that was litigated in a prior case. Collateral estoppel prevents re-litigation of the same issue that was decided in a prior case. These are powerful tools which may short circuit the opposing side's case or important issues in that case. Surprisingly, there is another tool with potential power in the same league as that of res judicata and collateral estoppel, but it is almost always used in its weakest form. While judicial notice of court records is often requested, its scope and meaning is frequently misunderstood and it is rarely used to prevent re-litigation of an issue.

Assuming the appropriate request and the correct category of document, the court has little leeway. Once judicial notice has been appropriately requested, Evidence Code Section 453 provides that judicial notice of the requested matters becomes compulsory. A skillful party can use judicial notice to establish important facts or orders based upon findings in a prior (or the sa me) case. The party then need not do further work to prove those facts or orders. "[T]he weight of authority is that, where notice is mandatory, the effect is substantially that of a conclusive presumption; i.e., the fact must be accepted and no evidence can be offered to dispute it." 1 Witkin Cal. Evid. 4th (2000) Judicial Notice Section 3(2), p. 103. This conclusive effect means that this is not a situation in which one side offers proof and the other may rebut it, but rather a situation in which the parties are bound by the prior determination - just like res judicata and collateral estoppel.

Mr. Sarabia has become intimately familiar with the many business problems - and legal issues - which fashion companies may face. The start of his apparel industry experience was nine remarkable years as part of the senior management of Guess?, Inc. Guess? went through amazing growth during this period, one year alone its sales grew 400%! In these nine years, Guess? transformed from a fad into a mainstay fashion company. Those who were fortunate enough to work there saw a variety of challenges, problems and issues which most apparel companies do not encounter over decades.

Be Sure of Your Licensure

California law requires that contractors obtain the proper license before work can be performed on any project. (See Business & Professions Code § 7026.) Moreover, where a contractor files a lawsuit to recover monies owed for work performed, that contractor must plead and prove it was licensed at all times that the work was performed. (See Business & Professions Code § 7031.) The penalty for failure to maintain your license is severe. If you are unable to prove that you were licensed at all times, you are barred from recovering monies on any grounds, whether it be for breach of contract, fraud, or reasonable value of the services performed. (See Hydrotech Systems, Ltd. v. Oasis Waterpark (1991) 52 Cal.3d. 988.) But what happens if a contractor is licensed for most of the time that the work is performed and inadvertently allows his license to lapse for a period during the construction of a project? This article will discuss this issue.

On virtually any day of the week, you can pick up a newspaper and read about a lawsuit. You read the article and say to yourself: "There but for the grace of God go I." Then, the seemingly inevitable happens: You receive a letter from an attorney (or their client) that you are to be sued, or worse, you are served with a lawsuit.