The advantages of a life expectancy using life insurance underwriting and life settlement methods include:

1. Accuracy. A life expectancy using life insurance underwriting and life settlement methods is very accurate, which can affect millions of dollars in judgments or awards. This addresses the inadequacy of life expectancies that are simply taken from a life table, estimated by a doctor, actuary or statistician, or have been excluded. In many cases, such life expectancies are too short, too long and/or not credible.

As an example, in a wrongful death case against a hospital the plaintiff died in the hospital. A life expectancy was performed for the defense on the deceased plaintiff (who was a 60-year-old male) as of the day before his final admission to that hospital. During the investigation for the life expectancy, it was discovered that 1) the plaintiff was not compliant with his diabetes medications to the point where his central nervous system was dysfunctional long before his final admission to that hospital, 2) he had suffered a stroke 4 years previously and had severe cardiovascular conditions, 3) he had chronic obstructive pulmonary disease and emphysema as a result of 45 years of cigarette smoking, and 4) he had a host of other medical conditions ranging from depression and anxiety to degenerative disc disease, gastrointestinal esophageal reflux, cataracts and prostatic hypertrophy. All of these medical conditions were included in the life expectancy report.

In another defense case, the investigation conducted for the life expectancy uncovered evidence of prescription narcotic addiction, which was the deciding factor in winning the case at trial. Evidence of medical conditions, substance abuse and risky behavior that are relied on in a life expectancy using life insurance underwriting and life settlement methods comes from medical records, motor vehicle records, criminal records and any other documentation of health and risky behavior.

As an example, Rule 703 was used in one case where the individual's extensive history of risky driving and hazardous motorcycle riding had been excluded from the evidence considered. This personal history of risky behavior was essential to the calculation of an accurate life expectancy. As a result, the evidence relied on to calculate the life expectancy was re-admitted, resulting in a decision that awarded plaintiff a half-million dollars instead of the requested $9 million.

Factors that Affect a Life Expectancy

A life expectancy is a statistical calculation that indicates the average length of life left until death that is expected for an individual with a known mortality risk profile. The most important factors in defining an individual's mortality risk profile are demographics (age, sex and race), personal and medical history. The more that is known about an individual's demographics, personal and medical history, the more accurate the life expectancy calculation. This information is critical to the judge or jury in understanding how, why and on what basis the life expectancy was calculated.

THIS ARTICLE DESCRIBES HOW Life Care Planners can help trust officers, relationship managers, estate planners and attorneys determine the future monetary requirements, in actual dollars, of a catastrophically disabled, pediatric or geriatric client. This can be done through the creation of a Life Care Plan for that individual's lifetime. Case histories are used to demonstrate how LCPs address the complex needs of such clients. The article concludes with a discussion of the ways in which the discipline of Life Care Planning complements the expertise of the trust officer.

How funds are handled after the settlement of a case reflects the competency and knowledge of attorneys and recognizes their outstanding legal skills. This article focuses on the management of settlement proceeds and the maintenance aspect of the care of a client with a disability when that client's financial health is turned over to a trust attorney, relationship manager, financial planner, trust officer or estate planner. 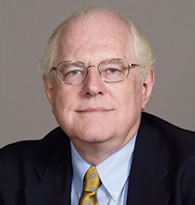