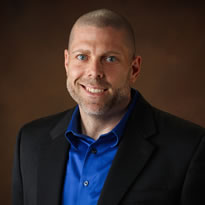 Background - In 1994, Mr. Rideout started bartending while attending The University of Mississippi. He put himself through college and law school by working at the Gin. Upon graduation, he relocated to Las Vegas to work for Pure Management Group.

While in Vegas, Mr. Rideout opened and operated Coyote Ugly, Tangerine Ultra Lounge, Pure Nightclub, Pussycat Doll Lounge, Audigier Nightclub, LAX Nightclub, Noir Bar, Venus Pool, Eve Nightclub, and Rehab Pool Party. When asked about his time in Las Vegas, he responds by saying, “It was like attending Graduate School for nightlife...I learned more in a decade than most people will learn in a lifetime."

In 2010, Preston launched into consulting by signing Jon Taffer from Bar Rescue as his first client.  In 2017, he published a Bartender Training Manual receiving over 100,000 downloads.

The Thief in Your Company: Protect Your Organization from the Financial and Emotional Impacts of Insider Fraud

The Investment Think Tank: Theory, Strategy, and Practice For Advisers