B.E.C. Consulting, LLC was established in 1982. Since that time, we have provided top-level consulting engineering services and accident reconstruction to our clients; law firms, insurance companies, state and local agencies, manufacturing companies, and clients who are seeking product design analysis and other engineering related services. Our engineers represent a broad range of engineering disciplines which enables us to work on a variety of cases using the team approach. The teams at B.E.C are comprised of Engineers, Technical Specialists, Graphics Specialists, as well as Research and Administrative Personnel, so that each case is given personal attention and is handled efficiently and effectively. Our offices are located in Tallahassee, Jacksonville and Venice working in almost every state in the United States, including Alaska.

Every aspect of our firm is designed to serve our clients needs; conference rooms for mediations and depositions, a research and testing lab, secured evidence storage, facilities for expert inspections, and easy access to airport and hotel facilities for our out-of-town clients. We are truly a full service engineering firm. Because of this team approach and a commitment to customer service, B.E.C. has attained regional and national recognition as a leader in forensic engineering services and new product development. This excellent example and tireless dedication to serving our client’s needs has resulted in a devoted client base and reputation second to none.

Dr. Charles Benedict, P.E., founded Benedict Engineering Company in 1982 and our name has since changed to B.E.C. Consulting, LLC. He has over 35 years experience in the fields of product and machine design and analysis, vehicular accident reconstruction of all types, and product and system failure analysis. He has designed, developed, manufactured, and tested more than sixty different products and machine systems. Dr. Benedict is well respected in the fields of forensic engineering, product and machine system design and analysis and patenting.

Mr. Davis provides services to a variety of industrial clients who desire outside help in his knowledge areas. Clients include those interested in targeted materials selection, prevention of equipment failure, or on-site short-course training for materials matters. Located in Central Virginia, he provides services across the nation.

President and Principal Investigator, Edward S. George PE, has over 30 years of experience in the field of Product Liability and Failure Analysis.

Mr. George has experience in a variety of material failures including:

Paul Eason is a Licensed Engineer, Nationally Certified Fire & Explosion Investigator and Forensic Consultant. His expertise comes from a strong background in industry and academia. In addition to his consulting practice, he is a professor in the Mechanical Engineering program at the University of North Florida, and maintains a graduate faculty appointment in the Materials Science and Engineering Program at the University of Florida.

Arun Kumar, Ph.D. has 34 years of experience in Metallurgy, Materials Science and Failure Analysis of Metallic and Non-Metallic Materials at Rockwell International, Hughes Aircraft Company and EAG Laboratories. He manages and supervises approximately 17 engineers and technicians performing a variety of analytical services and failure analysis.

Dr. David W. Riley is an Extrusion Analysis & Plastics Rheological Consultant. Dr. Riley has spent over nineteen years as a consultant in the field of Plastic Processing. He has over forty years of experience in developing Polymer Defect Technology and fifteen years in developing the field of Plastic and Polymer coefficient of friction related to the feed section of the extruder. 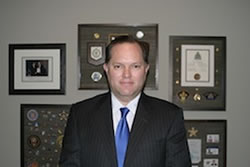 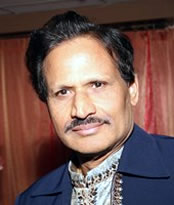 T. Rao Tipirneni has a M.S. in Metallurgy from Stevens Institute of Technology, with approximately 40 years of experience in Metallurgical Failure Analysis. He has been President of Long Island Testing Laboratories, Inc., specialists in Aerospace Metallurgical Testing, since 1985.

Dr. Richard F. Lynch has over 35 years of industrial experience in all areas of Metallurgical and Material Forensic Investigations, including 11 years with a major metals producing and processing company. He serves as an Expert Witness / Consultant on Steel, Nonferrous Metals, and Non-Metallic Materials.

As a U.S. patent holder, Dr. Lynch has authored and/or presented over 60 technical papers on the properties and uses of galvanized steel, cast and wrought non-ferrous and ferrous products, pretreatments for painting metallic surfaces, product development and ASTM standards.

Reza Mirshams, PhD, PE, is an independent Professional Engineering consultant with degrees in Industrial Metallurgy and Metallurgical Engineering with 40 years combined industrial, research, academic experience. Dr. Mirshams' research interests include mechanical behavior of materials-microstructure relations, manufacturing processes, mechanical properties of materials in nano and micro scales, and the study of advanced materials for structural applications in mechanical systems. His research has been sponsored by such entities as ONR, NSF, NASA, U.S. Army, DOE, Louisiana Board of Regents, Lockheed Martin, and Howmet Corporation.

A University Professor in Mechanical Engineering and Technology, Dr. Mirshams has taught various engineering and design courses in universities across the U.S. over the past 27 years. He has presented talks in national and international conferences, has been an expert witness in litigation trials, and published more than 100 archival articles and technical reports. 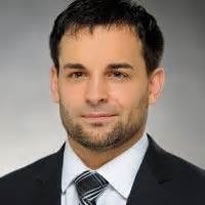 Joseph Quinn, MS, PE, is a Forensic Metallurgy and Metallurgical Engineering consultant. Mr. Quinn is a Registered Professional Engineer in 5 states and has provided over 1,000 Failure Analysis investigations on metallic and non-metallic (glass, plastic, rubber, and composite) materials or products. Mr. Quinn provides metallurgical and materials consultation, expert witness testimony, and forensic failure analysis for civil litigation with retentions by defendants and plaintiffs, insurance claims, and industrial failures. He has received awards in the International Metallographic Contest and has conducted several presentations on metallurgical engineering and failure analysis subjects at universities, ASM meetings, and industry events; and is active in technical societies and committees.

Parnell Engineering & Consulting (PEC) is a high-tech Mechanical Engineering Consultancy located in the heart of Silicon Valley. PEC focuses on providing technical support for early stage medical device and technology companies nationally and internationally. T. Kim Parnell, PhD, PE, Principal and Founder of PEC, is a Mechanical Engineering consultant with strong experience in a number of technology areas. Dr. Parnell holds PhD and MSME degrees from Stanford University in Mechanical Engineering and a BES from Georgia Tech. He specializes in the mechanical engineering design and behavior of Biomedical Devices, Superelastic and Shape Memory Metals (Nitinol), Bioabsorbable Polymers, Composites, Fiber-Reinforced Materials, Electronics, and Consumer Products.. Dr. Parnell consults actively in these areas using finite element analysis and other advanced technologies to improve designs, to perform failure analysis, and to improve reliability. Dr. Parnell served on the Mechanical Engineering faculty at Santa Clara University from 2010-2012 and was previously a Visiting Associate Professor at Stanford University. He lectured in the Stanford Composites Design Program, and is a coach and mentor for the innovative Stanford Biodesign Program. He has worked for companies including MSC Software, Rubicor Medical, Exponent Failure Analysis Associates, SST Systems, ATT Bell Laboratories, Stanford University, and General Motors. Areas of Expertise:

Quality Forensic Engineering, LLC is a full-service engineering and accident reconstruction firm, providing forensic engineering support to clients in the areas of collision reconstruction, premises liability, and product liability.  With over 20 years of experience for each of our senior engineers, we utilize the latest technology for documenting evidence and retrieving data including FARO 3D scanning, aerial drone imaging, and black box downloads.  Our forensic engineers are mobile, supporting clients throughout the U.S. Headquartered in Tallahassee, Florida with a satellite office in Jacksonville, Florida, we look forward to serving you.

With over 20 years of experience investigating and testifying in cases involving a variety of forensic engineering issues, Dr. Pfeifer is a leading expert in accident reconstruction, roadside safety, maintenance of traffic, and analysis of mechanical systems, and product failures. Dr. Pfeifer has a strong background in the design, development, and implementation of roadside safety hardware including guardrails, bridge rails, and crash cushions. Over 33 patents have been filed worldwide on behalf of Dr. Pfeifer and associated colleagues who invented safer guardrail systems and terminals, vehicle storage systems, shipping container handling systems, and material handling and storage methods.  Dr. Pfeifer has published numerous papers to various organizations including the Transportation Research Board and Port Technology International, covering topics ranging from new guardrail systems, energy absorbing guardrail terminals, and breakaway mechanisms incorporated in traffic signs to material handling technology.  Dr. Pfeifer’s expertise has been shared with many organizations such as the Florida Justice Association, Palm Beach County Justice Association, American Bar Association, Defense Research Institute, and Alabama Defense Lawyers Association with presentations he’s made on topics including vehicle collisions, bicycle accidents, roadway constructions zones, and accident reconstruction expert witness utilization. Dr. Pfeifer is a registered Professional Engineer in three states and stays current with learning new technology in the field of forensic engineering.  He has refined his skills and knowledge of accident reconstruction and roadside safety by taking dozens of continuing education courses over the span of his career.

We have provided superior technical support for litigation since 1974, and possess an extraordinarily talented technical team with impeccable academic and industrial credentials and proven analysis capability. Our team of distinguished scientists and engineers is drawn principally from Massachusetts Institute of Technology (M.I.T.) and Stanford University.

The Straight Truth: The Life of an Expert Witness

The Complete Idiot's Guide to Lowering your Cholesterol