The annealed borosilicate glass pie plate failed as a result of “thermal shock”. There were multiple origins for the failure, and these all initiated at damage sites on the bottom of the Pyrex baking dish. It appears that the bottom of the pie plate was convex. Thus, setting the dish down and moving it on hard (abrasive) surfaces such as tile or granite counters created bottom “rim” damage. When the hot dish was placed on a cold surface, tensile stresses were created on the bottom of the dish where the cold surface was contacted, and these caused the failure to initiate at the scratch damage sites. 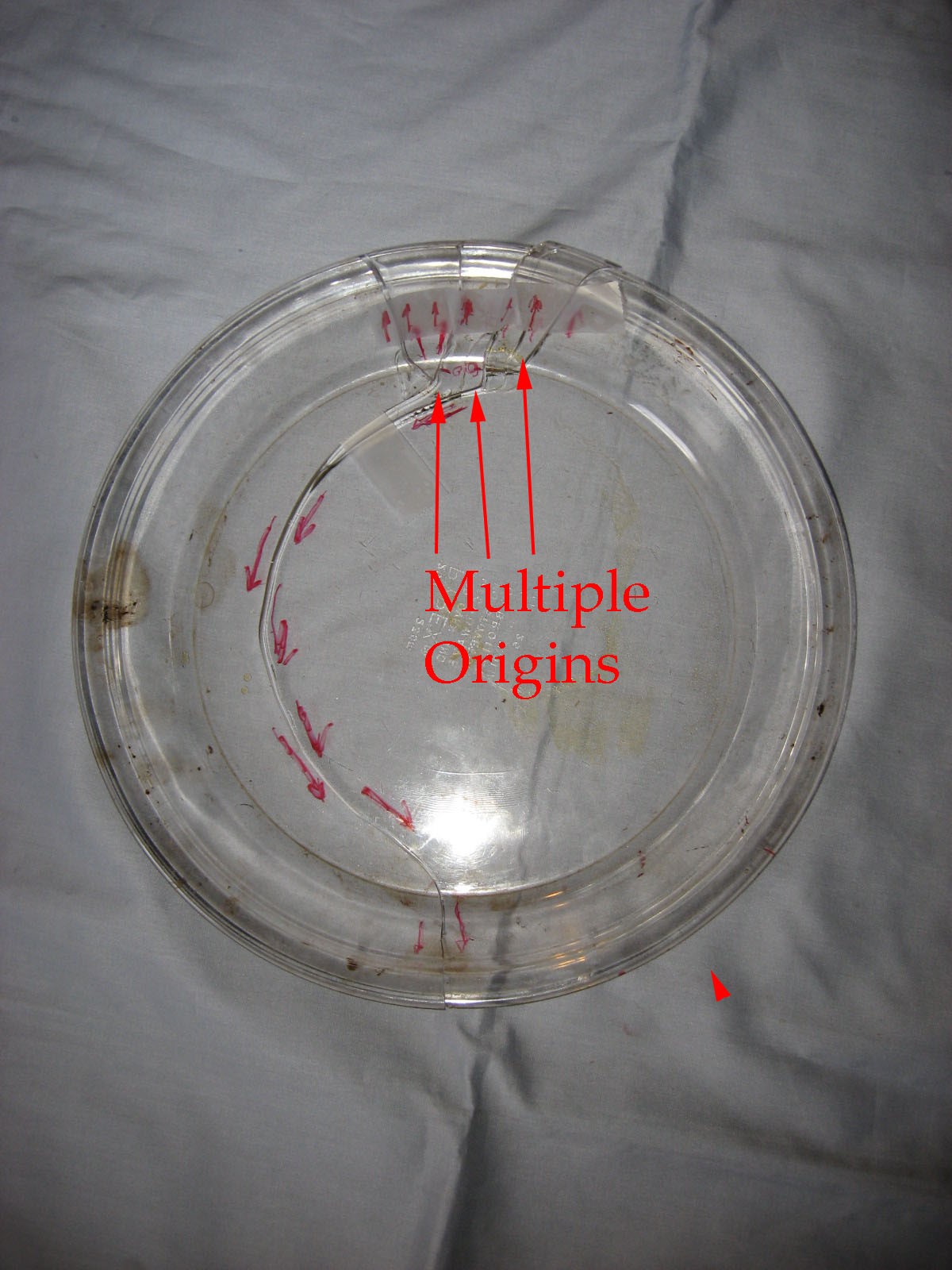 Figure #1: Photograph of the top side of the failed Pyrex dish after re-assembly. The failure had multiple origins, and these were all on the bottom of the dish. The origins were scratches created by setting and moving the Pyrex dish on a hard counter surface such as tile or granite. Setting the hot dish on a cold surface created tensile stresses on the bottom of the dish. These stresses created cracks from the scratch damage; these grew and generated the failure. The arrows on the dish show the travel directions of the various cracks. 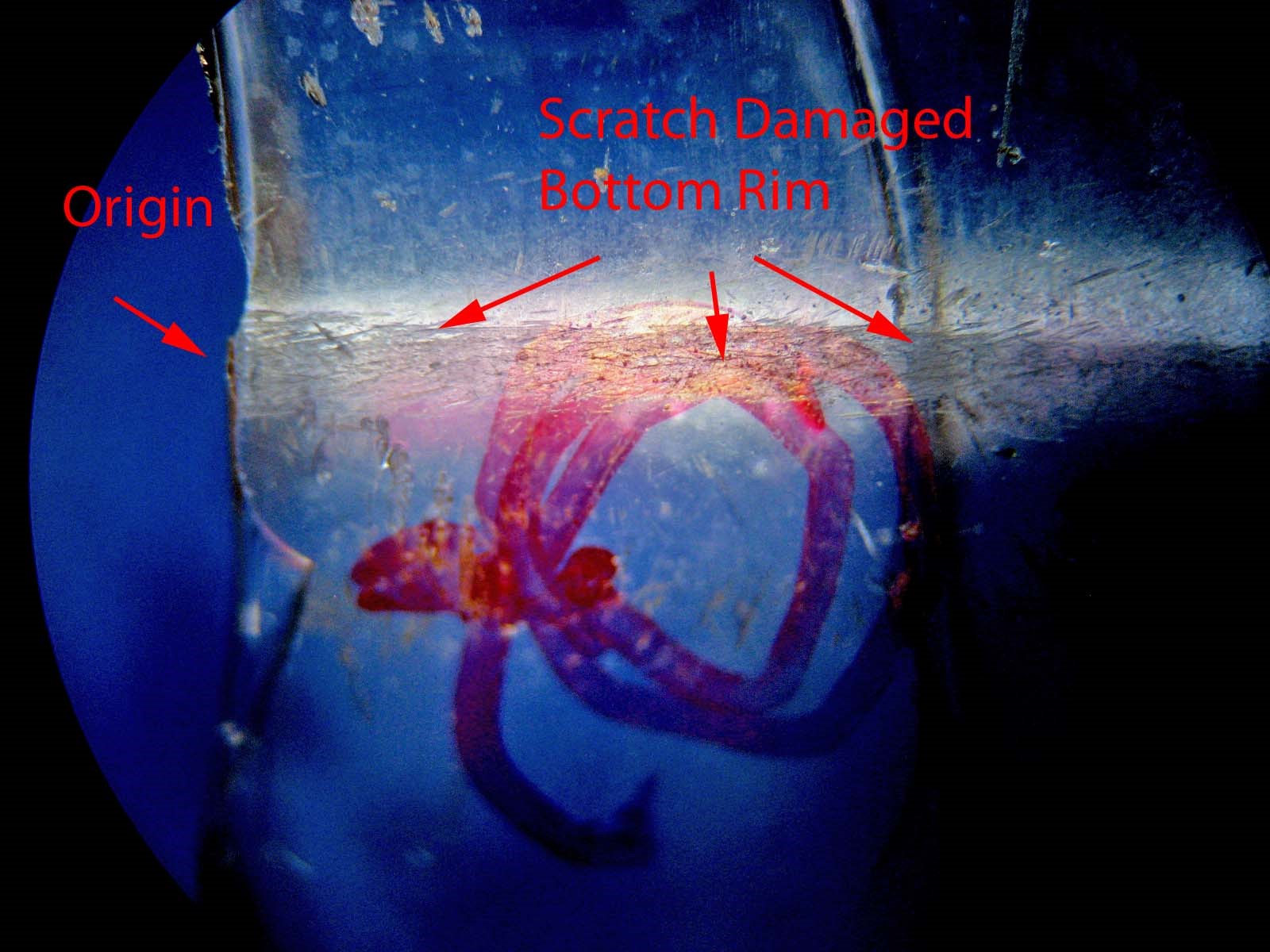 Figure #2: Photograph of the rim of damage on the convex bottom of the dish. Sliding and rotating the dish on hard (abrasive) surfaces created the damage sites that became the origins of the failure. 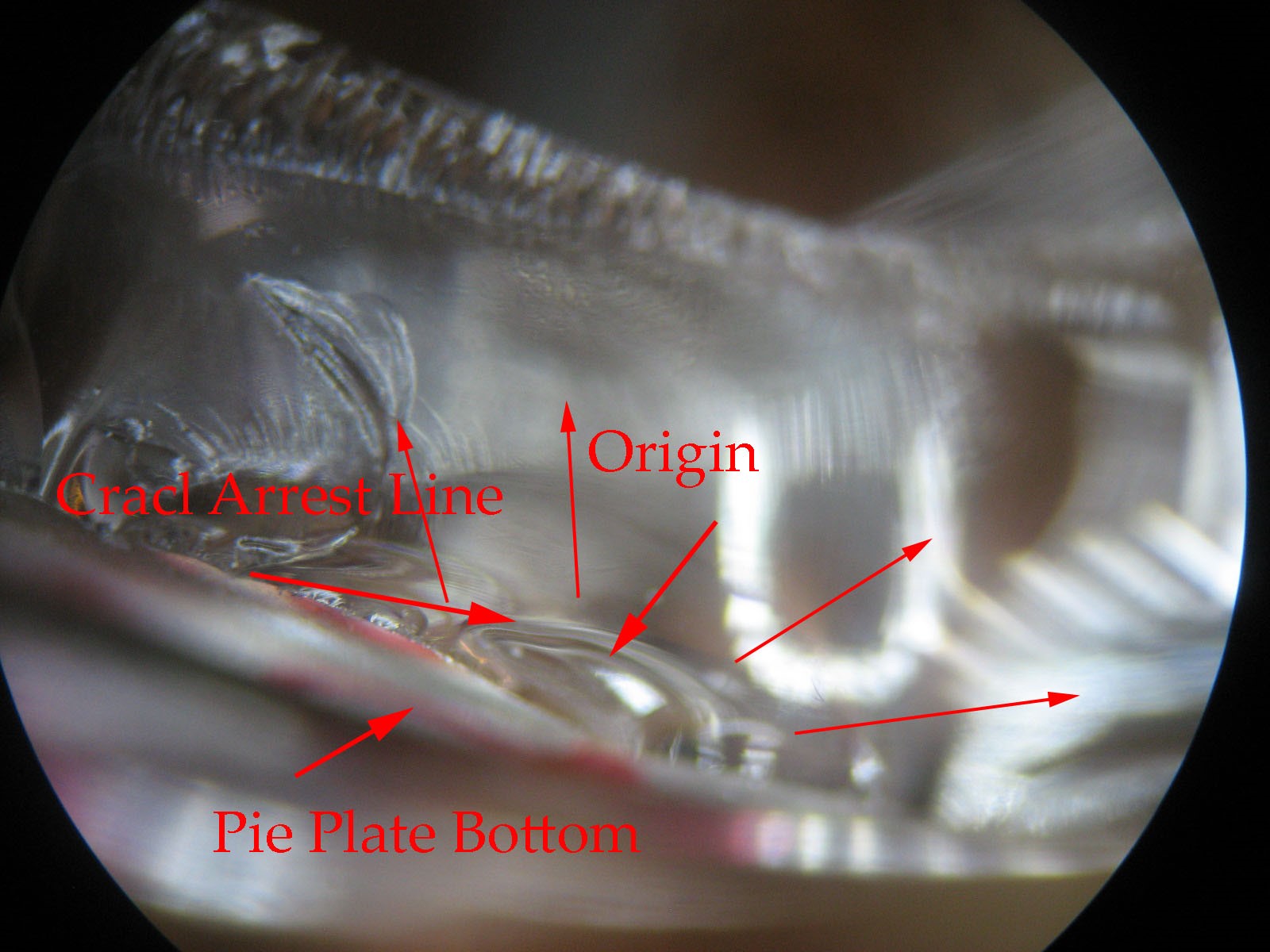 Figure #3: Photograph of a representative origin on the Pyrex baking dish bottom. The multiple cracks were caused by thermal stresses created when the hot pie plate was put on a cold surface.

A significant number of elderly persons experience falls every year. In 2010, 2.3 million nonfatal fall injuries involving elderly people were treated in emergency rooms around the country. In the same year, 21,700 elderly people died as the result of unintentional falls. Falls for elderly people are extremely hazardous as they may not recover from fractures and other injuries.