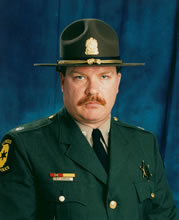 Robert T. Johnson, a retired Lieutenant Colonel from the Illinois State Police, is a Law Enforcement Specialist who currently serves as a Private Consultant for legal issues regarding Law Enforcement Policies and Practices. With over 32 years of active service, he also conducts Sensitive Internal Investigations as an independent investigator for municipalities regarding allegations of Police Misconduct.

Mr. Johnson has extensive experience in Police Administration, Management and Supervision, Criminal Investigations, Patrol Procedures, Complaint/Internal Investigations and Task Force Operations. Robert Johnson's education includes law enforcement and management courses from Northwestern University Traffic Institute, Federal Bureau of Investigation, Michigan State University, and the Illinois State Police. He attended numerous courses and seminars regarding Use of Force, Police Pursuits and has been certified by the Force Science Research Center (FSRC) in analysis of the fundamentals of human dynamics involved in Uses of Force by Police and in High-Speed Pursuits such as Human Behavior and Memory Under Extreme Stress.

Mr. Johnson also conducts independent internal inquiries and serves as an assessor (Team Leader) for the Commission on the Accreditation for Law Enforcement Agencies (CALEA). He has reviewed the operations of approximately 35 law enforcement agencies seeking Accreditation, and has conducted Operational, Organization and/or Policy reviews for several agencies, most recently the Kane County Sheriff's Office and the Armenian National Police (for the World Bank). From 2002 until 2005, he held the position of Inspector/Director of Police for Amtrak. He was responsible for the oversight of the Western Region's Police Personnel, Operations, and Budgets for 30 States.